The multi-Olivier award-winning hit British musical SUNNY AFTERNOON will conclude its London run at the end of its current booking period on 29 October this year, after more than two years in the West End.

The production will begin a national tour on 19 August at the Manchester Opera House.

To mark the 50th anniversary of The Kinks’ hit single Sunny Afternoon reaching Number One in 1966, 50 top price tickets for every performance in July are on sale for £19.66.

The critically-acclaimed musical Sunny Afternoon tells the story of the early life of Ray Davies and the rise to stardom of The Kinks. It has established itself as a firm favourite with audiences and critics alike since it opened at the Harold Pinter Theatre in October 2014.

Fifty years ago this year, The Kinks were sitting at Number One in the UK charts with their single ‘Sunny Afternoon’. The band’s popularity has not faded since the 1960s, with crowds of all ages filling the Harold Pinter Theatre night after night. 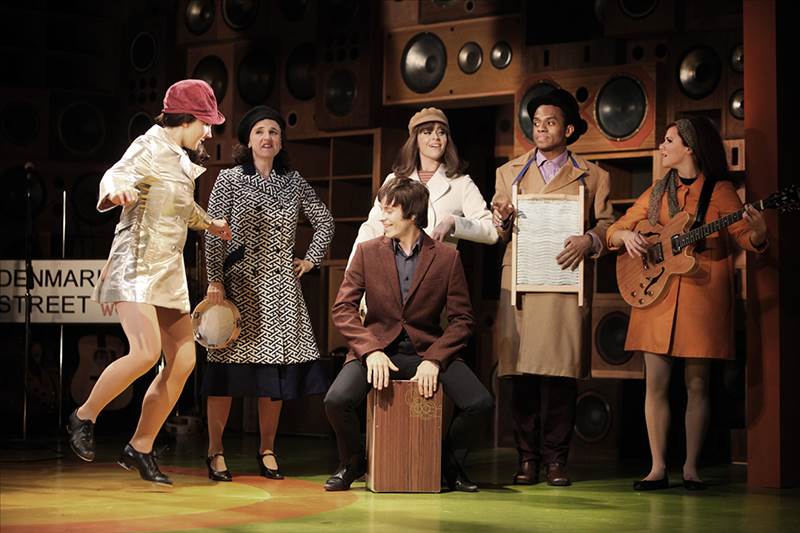 Featuring some of The Kinks’ best-loved songs, including You Really Got Me, Waterloo Sunset and Lola, Sunny Afternoon shows the music of The Kinks is still as popular as ever, more than 50 years since the band’s rise to fame.

The official cast recording album, produced by Ray Davies at his Konk studios, is released on BMG Chrysalis and is available to buy at http://www.amazon.co.uk/Sunny-Afternoon-The-Kinks/dp/B00NH8O7LU.

Sonia Friedman Productions commissioned Joe Penhall in 2011 to write the book based on Ray Davies’s original story. The company developed the production over the next four years, assembling the creative team and cast that presented Sunny Afternoon in 2014 at Hampstead Theatre under the direction of Edward Hall, and now at the Harold Pinter Theatre.

Ray Davies is an influential and prolific rock musician and was co-founder and lead singer and songwriter for rock band The Kinks, and later a solo artist. He has an outstanding catalogue of hits from the earliest 1960s to the present day with estimated record sales in excess of 50 million. He has also acted, directed and produced shows for theatre and television.

Joe Penhall is an award winning playwright and screenwriter. Plays include Some Voices (Royal Court), Blue/Orange (National Theatre and West End), winner of Best New Play at the Evening Standard Awards, Olivier Awards and at the Critics Circle, and Dumb Show, Haunted Child and Birthday (all Royal Court). Screenplays include Enduring Love and The Road.

As Artistic Director of Hampstead Theatre, Edward Hall’s productions include Wonderland, Sunny Afternoon, Raving, Chariots of Fire, No Naughty Bits, Loyalty and Enlightenment. As Artistic Director of Propeller, his work has toured worldwide, played the West End and Broadway and has won numerous awards both in the UK and overseas. Other theatre work includes A Funny Thing Happened on the Way to the Forum (National Theatre), Edmond with Kenneth Branagh (National Theatre), Macbeth with Sean Bean (Albery), The Constant Wife (Apollo),Julius Caesar (RSC), Henry V (RSC) and The Deep Blue Sea (Vaudeville). Television work includes Downton Abbey, Spooks and Kingdom.  Edward is an Associate of the National Theatre and the Old Vic.