Stratford Circus Arts Centre presents a season of performance from artists ranging from the very local, to the international. With work from companies including NoFit State Circus, Motionhouse, Frantic Assembly, Magmanus, Dance Umbrella, Upswing, Tall Stories, Filskit Theatre, and a panto from Blue Sky Actors – the venue’s resident company of performers with learning difficulties and disabilities – the season offers a broad range of drama, dance and circus to appeal to audiences local to Stratford and further afield. The Autumn 2016 season is the first to be announced since the appointment of the venue’s new Head of Programming Ashlie Nelson to work alongside Stratford Circus Arts Centre’s Director Tania Wilmer.

A highlight of the season is the UK premiere of Attached, from Swedish circus company Magmanus (22-24 Sept), which comes to Stratford having wowed audiences across Europe. A fast-paced and energetic show,Attached features a Velcro-clad duo who exhibit their acrobatic agility as it quickly becomes clear that they are hopelessly connected. Other stand-out events in the circus programme include a day of outdoor performance featuring artists climbing and toppling from a teetering make-shift tower in the Queen Elizabeth Olympic Park from NoFit State Circus and Motionhouse, presented by Stratford Circus Arts Centre and Foundation for Future London as part of the Circulate consortium (28 Aug). 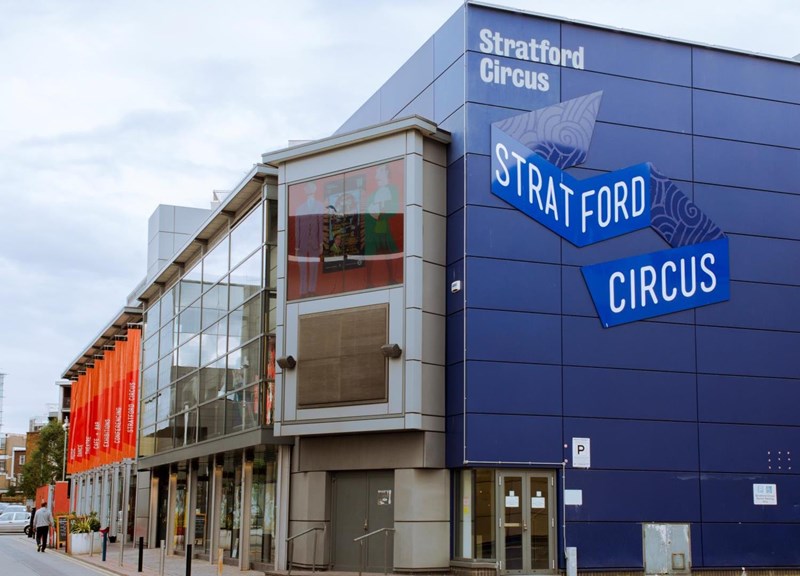 Touring productions to the venue include a version of Hamlet featuring an all-Black cast, presented by Black Theatre Live (2-5 Nov), and Frantic Assembly’s Ignition (26 Oct). The programme for children and families includes the return of Upswing’s Bedtime Stories (28-29 Oct), Dance Umbrella (8 Oct), Fun Palaces Family Day (1 Oct) and the Stratford debut of West End hit Room on the Broom (2-18 Dec). Aurora Orchestra will present a new musical adventure, Pepper The Monkey & The Extraordinary Rainbow Circus (30 Sept-1Oct with versions of the performance suitable for early years audiences, over fives and for children with profound and multiple learning difficulties (PMLD), responding to the varied needs identified in the local community.

At Christmas, the Full Hearts Full Tummies campaign returns with 600 £1 tickets and hot meals made available to local families during Christmas show Breaking the Ice (19-24 Dec). Stratford Circus will work once more with local charities and food banks to ensure those most in need are able to have access to and enjoy a theatre visit they would otherwise not be able to afford.

Season booking opens Monday 13 June at 10.00am. Discounted tickets for Newham residents are available to nearly every show of the season.

Tania Wilmer said, “As an arts centre and resource for our local community, connecting people in Newham and East London with accessible, world-class artistic experiences and creative opportunities is at the heart of our mission. Our new season represents the most exciting aspects of this vision, spanning intimate performances of personal stories by East London artists, to spectacular shows by high-profile international artists in Magmanus’s Attached.”

Stratford Circus Arts Centre Stratford is dedicated to providing accessible experiences and artistic excellence. Its mission is to inspire the diverse communities of East London and develop local talent in collaboration with the best artists in the United Kingdom and internationally. Stratford Circus Arts Centre curates a programme of theatre, dance and circus, alongside a programme of work for young people and families.  It is committed to remaining a safe and accessible community-centric venue at a time of great transformation in East London. The venue is adjacent to Stratford City and the Queen Elizabeth Olympic Park in the London Borough of Newham. With a 300-seat auditorium, a 90-seat studio theatre, and a large studio, Stratford Circus Arts Centre receives more than 120,000 visits a year – reaching over 60,000 people annually through its artistic and creative learning programme.