Review of: Stig of the Dump at the Leicester Square Theatre

It is very much a pre-health and safety hark back, to an idyllic golden age where imagination and reality are mis-mashed in the most endearing way.

Stig of the Dump ticks all the boxes where children’s entertainment is concerned, in that it is highly dynamic, very entertaining, includes puppetry and live music, and frequently calls for audience participation throughout.

Stig of the Dump is an enchanting play, adapted from Clive King’s classic children’s book first published in 1963. Set in the chalk Kent Downs of England’s South, it is the story of an eight-year-old boy called Barney, who goes to stay with his Grandparents during the holidays and the adventures he gets up to when he’s there.

One day he wonders off by himself and falls off the edge of a disused chalk pit. There he meets Stig, a caveman – played by a puppet – who wears rabbit skins and speaks in grunts. They learn to communicate and soon become friends. They go on a series of adventures together, learn about each other’s worlds and do practical things like make windows out of old jam jars.

Stig of the Dump ticks all the boxes where children’s entertainment is concerned, in that it is highly dynamic, very entertaining, includes puppetry and live music, and frequently calls for audience participation throughout. Given that its target audience is 4 years and over, the play is separated into two 30 minute halves by a 15 minute interval, which in a way, pre-empts any shorter concentration spans from reaching their limit. As such, it is a wonderful way to introduce children who have not seen a stage production before to the theatre, but it is also a brilliant show for children who are regular theatre-goers. 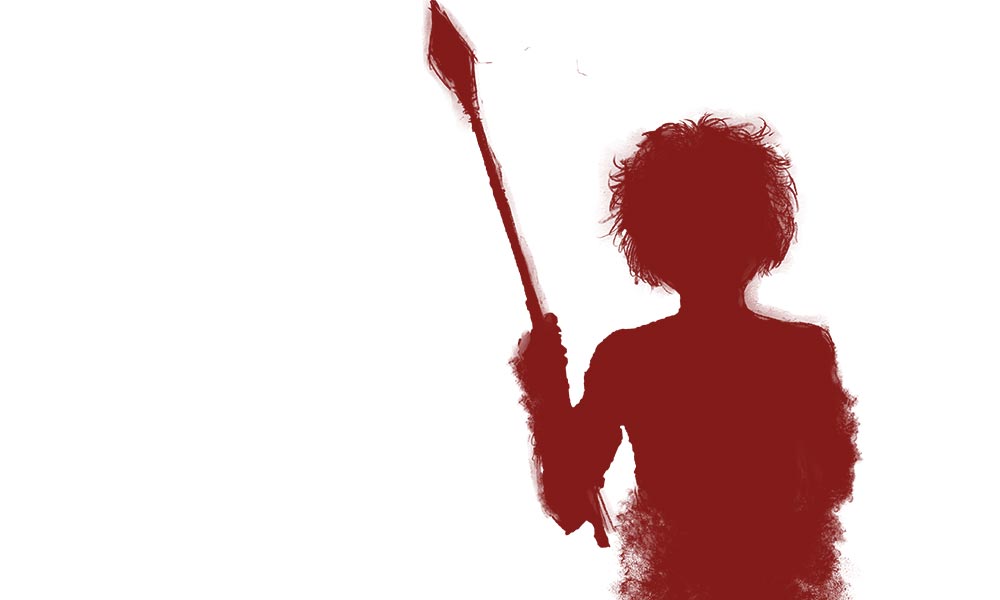 As with all productions aimed at children, accompanying adults also hope that at least some of the entertainment value will extend to them too. And while appealing to both audiences at the same time cannot be an easy task to achieve, Stig of the Dump manages to do this without a glitch – the laughter and smiles from children and adults in the auditorium certainly attest to this.

Many adults will have read the book growing up, so for them it is a lovely way of both revisiting the story in their minds, but also introducing the children they’re accompanying to this charming story that has withstood the test of time. The adaptation is true to the book and its characters, which is remarkable given the restrictive time frame.

It is a story about what every child dreams of doing, but is not necessarily allowed to do. It is about exploring places that have been unexplored. Outdoor, countryside spaces that are expansive and new. Taking risks and making new friends – not necessarily ones that adults would prefer you to be friendly with. Making mistakes without having adults preventing you from making them, or coming in to fix them once you have done so. It is very much a pre-health and safety hark back, to an idyllic golden age where imagination and reality are mis-mashed in the most endearing way.

There are other, more subtle, underlying messages in the story concerning difference, otherness and class. These may have been missed by adults when reading the story in their younger years, but may be more obviously recognisable now given their added advantage of experience and time.

As part of their UK tour, Stig of the Dump is raising money for Cancer research and audience members had the chance to donate and meet the cast after the show. Donations can also be made online at http://www.stigofthedump.co.uk/.

Keep a close look out for their next tour!

This review was organised through theatrebloggers.co.uk