In Spotlight On, we take a closer look at a company, artist or venue that excites us here at Theatre Bubble.

This week sees the launch of the London Clown Festival – the first festival of its kind in London, celebrating physical comedy and clown-influenced contemporary performance, with the aim of exploring what clown is to the modern performer and their audiences.

34 shows will be seen over 10 days featuring highly acclaimed artists, alongside up and coming new talent from over 10 nationalities, all hosted at London’s newest Arts Hub, The Omnitorium at Manor House, from the 10th to the 19th June.

TB: The first thing I noticed about The London Clown Festival was the intriguing tagline “Barely a red nose in sight.” How did you guys come up with that? Talk me through what that means, I’m curious!
DAN: When most people think of clowns they think of the classic circus clown, white face, with red nose, maybe even oversized shoes and a squirty flower.  In this festival we only have one performer who wears a red nose, so it seemed like a good slogan to describe what our festival is about, challenging people’s pre-conceived ideas about clowns and introducing them to contemporary clowning.
HENRY: A great many performers who use elements of clowning in their performances are hesitant to use the word clown because of the connotations that it conjures up in the minds of audiences. Too often the children entertainer, the circus clown and the horror clown are thought of and whilst they are certainly aspects of clowning they have very little to do with the type of contemporary clowning and physical comedy that we are programming and hoping to bring to a wider audience.

TB: There are a lot of alternative acts in the festival, do you think this will help change the layman’s perception of clowning?
DAN: I hope so, I believe we programmed an eclectic festival bringing together some of the most exciting acts out there.
HENRY: Clowning is as diverse as the performers that uses the form. From Rowan Atkinson’s embodiment of Mr Bean to Sasha Baron Cohen’s Ali G. We hope that people will begin to realise the full potential of the performance style far beyond what has become cliché. 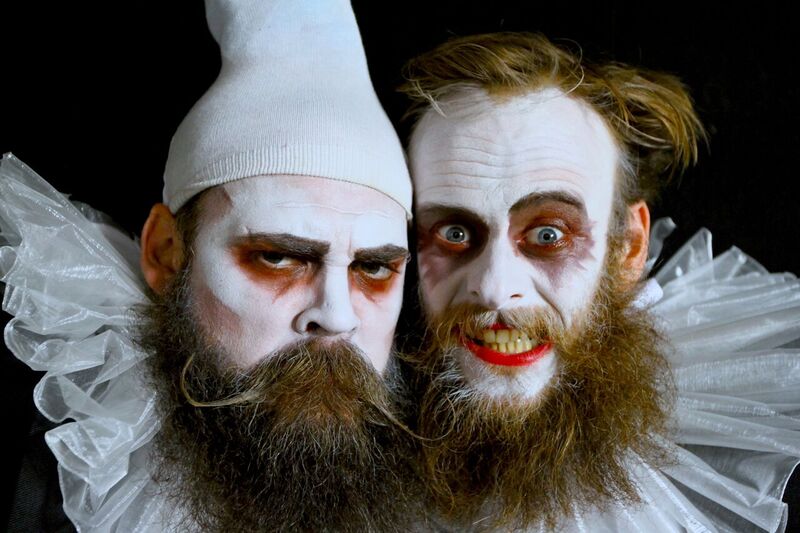 TB: What part of the public perception of clowning would you like to change the most?
DAN: I think a lot of people are put off by the word and I think this is partly because in popular contemporary culture clowns are often portrayed as horrifying figures or children’s party entertainers. As a result very few performers identify themselves as clowns, making it very difficult for audiences to find other artists doing similar work.
HENRY: We want to change the Idea that clowns all wear make-up, huge shoes, colourful clothes and come with an array of squirty items. Think Buster Keaton and Charlie Chaplin and then mix them with a riotous array of wonderfully inventive reinterpretations.

TB: Why did you guys choose The Omnitorium and, more importantly, how did you manage to organise this massive event?
HENRY: As well as co-producing the festival I’m also the Artistic Director of the Omnitorium and it was precisely this relationship that allowed us to stage this event. Keeping prices consciously low to encourage people to see as much as possible and at the same time allowing us to be generous with the deal that we offered to the performers.

We are very much a grass roots festival and are happy to be able to offer a stage to not only BAFTA award winning artists but also emerging performers.

TB: Do you think clowns have become a more popular form of entertainment in recent years?
HENRY: Certainly Clowns are enjoying some more time in the spotlight with many performers and comedians realising the value of including clowning in their repertoire and with a great many excellent clowns gaining notoriety at festivals and even in the movies.

TB: What inspired you to run workshops in clowning alongside the running acts?
DAN: The best way to understand clown is to do a workshop, we hope people will feel inspired by the acts they see and come and give it a try.
HENRY: We are keen to allow people to put into practice those things that we have learnt. Clowning doesn’t just apply to performing it genuinely helps in accepting yourself and those around you.

TB: What advice would you have for anyone interested in taking up a career in clowning?
HENRY: Be your stupid self!

Find the full line up HERE