Review of: Karagula at the Soho Theatre

Karagula was certainly an exhilarating ride, and whilst the play was perhaps a science fiction lover’s dream, the show is doing something so little theatre does nowadays

The secrecy surrounding Karagula, Philip Ridley’s new piece, made for an incredibly enticing proposition – a text with a science fiction twinge, set in an unknown location somewhere in London (that will not be spoiled in this review), sponsored by the Soho Theatre. It was the Off-West End event of the summer, a chance to see one of the nation’s most prolific and exciting playwrights debut a new and invigorating text, free from the constraint of venue or in-house styles.

Indeed, even during the three hour odyssey that Karagula turned out to be, the play radiated a sense of artistic liberation. We, as an audience, were inducted into a world of Ridley-esque imagination, enveloped in a form of world building rarely seen on a stage nowadays. The premise for the play is difficult to explain – the narrative hops chronologically between different stages of a fictitious civilisation’s existence, travelling from pink, milkshake-worshipping, Kennedy-acolalyte suburbanites to blue-box wielding ecclesiastic-militant factions right the way through to bullet-growing nomads and telekinetic twins in desolate forests. It was an exhausting, Cloud Atlas-esque adventure, one swamped with jargon, names and references that flew both through, over and into audiences’ heads. A point of reference may be the Citizen Theatre’s recent adaptation of Lanark, that too fabricating a huge reality through multi-roling and an epic runtime. 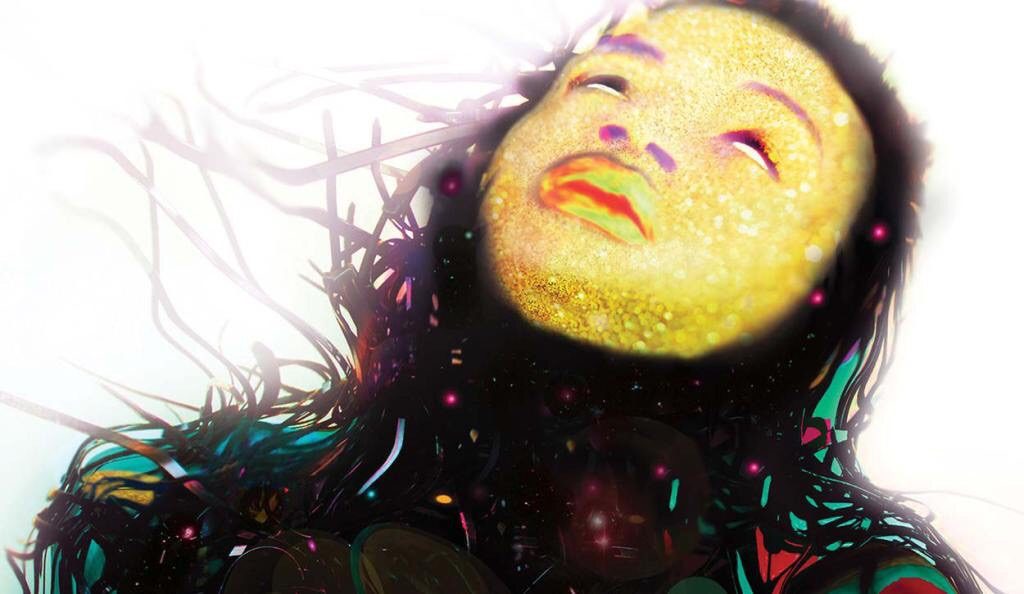 Yet, as Ridley often does, somehow the play pulled something rather spectacular out of the bag. There isn’t the same sharpened satire that courses through shows like Radiant Vermin, but Karagula is an epic monument to the power of theatrical story. It is the cast that are the Atlas-equivalent here, propping up this duo-mooned fictitious planet and multi-roling with hilarious aplomb. Though the play risked potentially overburdening itself with slightly too much of this new social context and reality, it straddled the sense of believability, though in the process sacrificing a great deal of emotional investment in any one set of characters that littered the centuries we were privy to.

Karagula was, as the play billed itself, certainly one of the boldest Off-West End endeavours to come to the stage in recent memory – swapping from a traverse to an end-on stage during the interval. This flexibility would feel familiar for anyone who has frequented Found111 in the last few years, that too concocting innovative stage spaces in unfamiliar contexts. The production values were equally high – the set, props and technical design all bathing the show in a suitably realistic feel while never feeling too much like something from an early episode of a sci-fi serial. Designers Shawn Soh and Frankie Bradshaw deserve a particular commendation for producing some incredible costumes.

Being permitted into Ridley’s imagination for the mammoth 3 hours of Karagula was certainly an exhilarating ride, and whilst the play was perhaps a science fiction lover’s dream, the show is doing something so little theatre does nowadays – attempting to transport audiences away from politics, commentary, or realism, and simply dishing out an interactive and well-produced story. For that it must be cherished.