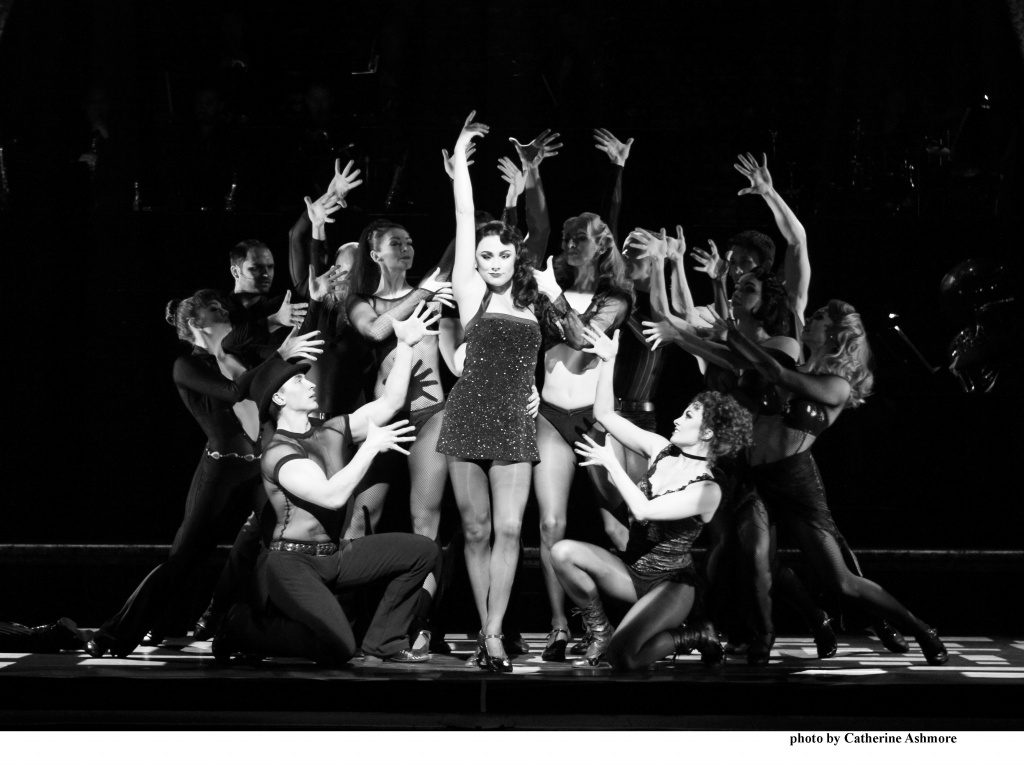 Jessie Wallace is best known for playing Kat Slater in EastEnders, a role for which she has won numerous awards. Her other TV credits include Amy Kriel in Wild at Heart and Pat Phoenix in The Road to Coronation Street, for which she was nominated for a Bafta Award. Her theatre credits include Maureen in Rent Remixed in the West End, Fings Ain’t Wot They Used T’Be at the Theatre Royal Stratford East and Sylvia in the national tour of Stepping Out. John Partridge is probably best known for playing the role of Christian Clarke in EastEnders. His many musical theatre credits include Rum Tum Tugger in Cats in the West End, on tour and the official film of the show, John in Miss Saigon on the first UK national tour and most recently Zach in A Chorus Line at the London Palladium. John was also a judge on BBC1’s Over the Rainbow, Andrew Lloyd Webber’s search to find a Dorothy for the musical The Wizard of Oz.

Hayley Tamaddon has just finished playing Andrea Beckett in Coronation Street. She also played Del Dingle in Emmerdale. Her numerous theatre credits include The Lady of the Lake in Spamalot and Janet in The Rocky Horror Show. Hayley also won the 5th series of ITV1’s Dancing on Ice. Sophie Carmen-Jones’ many West End credits including Jersey Boys, Wicked and We Will Rock You. She will also appear in the forthcoming Disney film Beauty and the Beast. Neil Ditt has appeared in many West End productions including Mary Poppins and Betty Blue Eyes. His other theatre credits include creating the role of George Mole in The Secret Diary of Adrian Mole at Leicester Curve and High Society and A Midsummer Night’s Dream, both at Regent’s Park Open Air Theatre. A.D. Richardson’s many theatre credits include the International tour of The Pirates of Penzance, the UK tour of HMS Pinafore, the RSC’s Cyrano De Bergerac and Scrooge The Musical at the New Theatre Oxford.

Based on real life events back in the roaring 1920s, nightclub singer Roxie Hart shoots her lover and along with cell block rival, double-murderess Velma Kelly, they fight to keep from death row with the help of smooth talking lawyer, Billy Flynn.

Created by the musical theatre talents of John Kander (music), Fred Ebb (lyrics) and legendary choreographer Bob Fosse, CHICAGO’s sexy, sassy score includes All That Jazz and Razzle Dazzle. With 6 Tony, 2 Olivier, 1 Grammy, 2 Bafta and 6 Academy Awards, CHICAGO truly is “The sharpest, slickest show on the block” (The Times). A nightclub singer, a double-murderess, a smooth-talking lawyer and a cell block of sin: it would be a crime to miss it.

CHICAGO, which is based on the play by Maurine Dallas Watkins, has a book by Fred Ebb and Bob Fosse, music by John Kander and lyrics by Fred Ebb.  Scenic design is by John Lee Beatty, costume design by William Ivey Long, lighting by Ken Billington and sound by Rick Clarke.  Musical supervision is by Rob Fisher.CHICAGO is choreographed by Ann Reinking in the style of Bob Fosse and directed by Walter Bobbie.

CHICAGO opened at the Adelphi Theatre in London on 18 November 1997 to rave reviews, winning the 1998 Laurence Olivier Award for ‘Outstanding Musical Production’ as well as the 1998 Critics Circle Drama Award for ‘Best Musical’, and immediately became a sell-out hit running for 15 years. CHICAGO is currently playing in New York where it holds the record as the longest running musical revival and also the second longest running musical in Broadway history.

The 2016 UK National Tour of CHICAGO is produced by David Ian and Michael Watt in association with the Broadway producers Barry and Fran Weissler. www.chicagothemusical.com/uktour