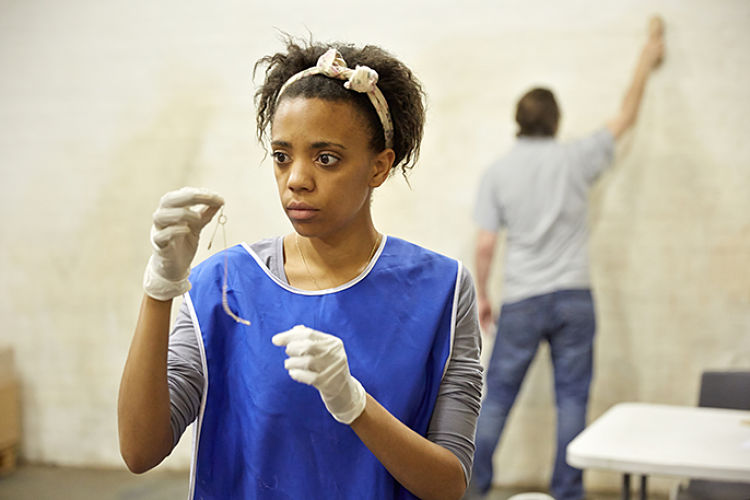 Janet Etuk in Beyond Caring

JANET ETUK appears in the national tour of Beyond Caring, following its performances at the Yard Theatre. The show will tour to venues including Birmingham Repertory Theatre, Theatre Delicatessen Sheffield and Home in Manchester from June 7 to July 17.

TB: Can you tell us about yourself and what you’re working on at the moment?
JE: I’m an actor, writer and deviser and graduated from the Acting and Contemporary theatre course at East 15 in 2012. Since graduating I have been involved in a series of stage productions – and as well as acting I have also debuted scenes from my own play, Mkpa Mbiet (Dead Grass) for The Southwark Playhouse and Arcola Theatre LAB Project.  I have most recently been part of Sabrina Mahfouz’s production The Love I Feel Is Red (Tobacco Factory/Oran Mor) and will be part of Alexander Zeldin’s newest devised production entitled Love, which debuts at The National Theatre, late 2016.

Beyond Caring is essentially about finding friendship, love and hope whilst enduring life on zero hour contracts. We are introduced to four cleaners and the dismal meat factory they are made to work in whilst under the constant watch of their boss, Ian. I play the part of Grace, a twenty-seven year old cleaner suffering from Rheumatoid Arthritis who has had her benefits cut after being deemed ‘fit for work’.

TB: What is your background – how did you get into a career in theatre?
JE: I’ve always been a south Londoner, and was born in Croydon, where I studied and fell in love with the performing arts at age seven. This was after being handed my first costume as a ‘fork’ for a Beauty and the Beast Christmas show! I’ve grown up with an acute need to create and often auditioned for courses to further my skills as a passionately driven deviser. This includes gaining experiences from multiple creative schemes including; The Betty Wivell Academy, The National Youth Theatre, The North Wall Project (Oxford) and London Talent project (Lyric Hammersmith). The experiences gained enabled me to undergo a highly competitive audition process, which began my degree at East 15 Acting School.

TB: What do you think is the greatest challenge about working in the acting profession today?
JE: One of the greatest challenges, in my opinion, is finding a secure job for when you’re not performing. There are limited, flexible and creditable organizations in the work industry that cater for performing artists. It’s very likely you’ll find yourself in a zero hour contract. Although I personally know a few that are honest businesses, unfortunately we are living in a generation where exploitation is rife in most.

TB: If you could change one thing about the acting profession, what would it be?
JE: I have so many! More funding schemes for artists. Especially when it comes to creating shows in order for you to expand your repertoire. Lack of funding opportunities for Edinburgh Fringe for example is very upsetting. It’s vital for artists to keep creating new work, as the performing arts are an unbelievably important tool used to enrich our society, economy and education. How can we continue creating if there are not enough means to do so? 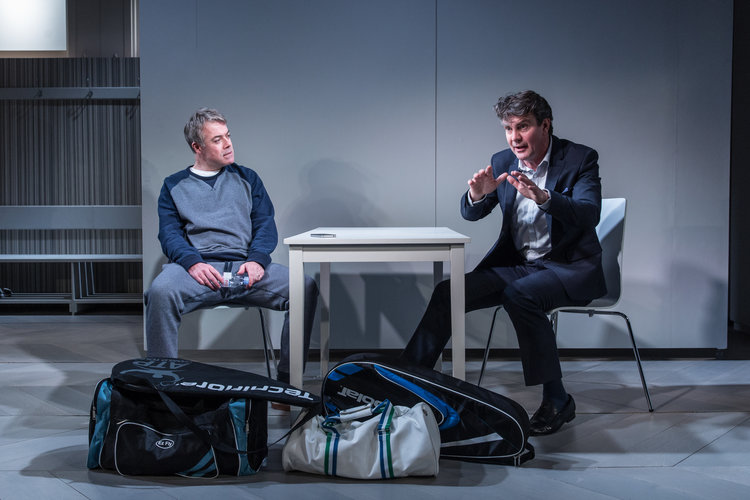 ROBERT PORTAL appears in The Truth by Florian Zeller (The Father), which transfers from the Menier Chocolate Factory to Wyndham’s Theatre for 11 weeks.

TB: What is your background – how did you get into a career in theatre?
Robert Portal: I was encouraged at school by two wonderful inspiring masters – Jeremy Lemmon and Martin Tyrrell. I can’t talk of them highly enough. They were truly inspirational.

TB: What advice do you have for actors who are just starting out?
RP: Don’t moan. Never complain. Never explain. And never EVER have a plan B.

TB: What do you think is the greatest challenge about working in the acting profession today?
RP: If you are committed enough the challenge shouldn’t matter. It should be a thrill.

TB: If you could change one thing about the acting profession, what would it be?
RP: If I thought too much about that I would have to kill myself. Just get on with it and don’t look back. 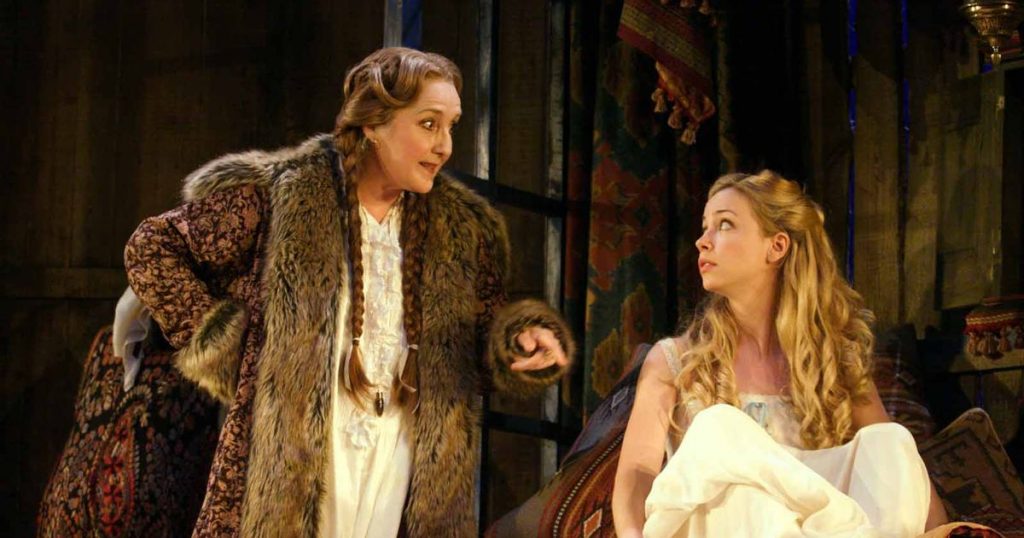 Sian Howard in Arms And The Man, a previous production for Theatr Clwyd

SIAN HOWARD performs in Theatr Clwyd’s Production of Much Ado About Nothing from 9th June to 2nd July, in the Anthony Hopkins Theatre.

TB: Can you tell us about yourself and what you’re working on at the moment?
Sian Howard: An associate of Theatr Clwyd, I have been involved in many wonderful productions over the past few years. I am genuinely thrilled to be currently working for the first time with our new Artistic Director, Tamara Harvey, in her inaugural production of Much Ado About Nothing. She’s gathered together a brilliant cast and we are having a terrific time – lots of laughter and dancing!

TB: What is your background – how did you get into a career in theatre?
SH: A shy and conscientious child, I revelled in dancing and music. I’m a frustrated ballerina at heart! So ballet and piano lessons, festivals and choirs and school plays were a big part of my childhood. After graduating in Drama from Aberystwyth University, I gained my Equity Card working for an amazing children’s Children’s Theatre Company in South London, Pumpkin. Very good initial grounding for a actor.

TB: What advice do you have for actors who are just starting out?
SH: Work hard! You will probably find yourself “out of work” quite a bit of the time, so it’s extremely important to be resilient, self motivated and proactive. You must keep up your stamina, resolve and ambition in those difficult times. Try everyday to continue with your training, keeping the mind and body active and strong, reading new plays, studying books relating to the profession,singing and acting lessons, gym, seeing as much theatre as possible. All this costs, of course, and most actors have other ways of earning a living sometimes related to the business and sometimes not.

TB: What do you think is the greatest challenge about working in the acting profession today?
SH: The latter part of the previous question hints at probably the greatest challenge that I face as an actor. And that is balancing my family life with husband and children, my professional life as an actor and earning a living to support all this. On top of that, ensuring my perseverance is in tact along with a positive attitude towards life in general. A life in the acting profession is anything but predictable and certain.

TB: If you could change one thing about the acting profession, what would it be?
SH: Change in terms of more equality within the profession is already beginning to trickle in. There are fewer roles for women generally anyway but it’s great to see more and more women in the creative and producing posts. When I had my first child, I remember keeping my pregnancy and subsequent birth a secret, as far as possible, from casting directors and directors alike… in case it went against me getting the job, which often it did! Thankfully, that is changing! Babies and little ones are welcomed and adored in Theatr Clwyd! The more the merrier, please!