From Olivier Award winners to Fringe First Award winners and VBA shortlisted new playwrights, the heart of the Soho’s work this Autumn belongs to the girls. Soho Theatre’s Autumn season brings together new voices, legendary names, the gender fluid, the impossible to define and those who won’t be silenced, across three stages and on tour.

Belarus Free Theatre is the only theatre in Europe banned by its government on political grounds. In its official premiere Burning Doors is powerful theatre in solidarity with those who refuse to be silenced. Three contemporary artists under dictatorship – Pussy Riot’s Maria Alyokhina, Russian Actionist and political artist Petr Pavlensky and incarcerated Ukrainian film-maker, Oleg Sentsov – are the inspiration behind BFT’s brand new stage production created by the company’s co-founders Nicolai Khalezin and Natalia Kaliada. Pussy Riot’s Maria Alyokhina makes her theatre debut performing alongside members of BFT’s permanent ensemble in a passionate new work that confronts the total suppression of artistic freedom just a four-hour flight from Soho Theatre. (Wed 31 Aug – Sat 24 Sep)

Embracing the feminine, the masculine and everything in between, RashDash theatre makers and performers Abbi Greenland and Helen Goalen are women playing women playing men in a show about how patriarchy is bad for everyone, and how being a man can be a dangerous, difficult and confusing act. Commissioned by Soho Theatre and Northern Stage, RashDash: Two Man Show by the multiple Fringe First award-winning duo is a playful performance of theatre, dance and music about masculinity, gender and language. (Tue 06 Sep – Sat 01 Oct).

Clara Brennan’s acclaimed hilarious and heartbreaking monologue Spine returns to us as part of a UK tour (including Royal Exchange Manchester, Newcastle Live and Plymouth Drum). Charting the explosive friendship between a ferocious wise-cracking teenage girl and an elderly East End widow; mischievous activist pensioner Glenda is hell-bent on leaving a political legacy and saving Amy from the Tory scrapheap because ‘there’s nothing more terrifying than a teenager with something to say’. (Mon 03 – Sat 08 Oct. 7pm. ( Please check sohotheatre.com for UK tour dates). 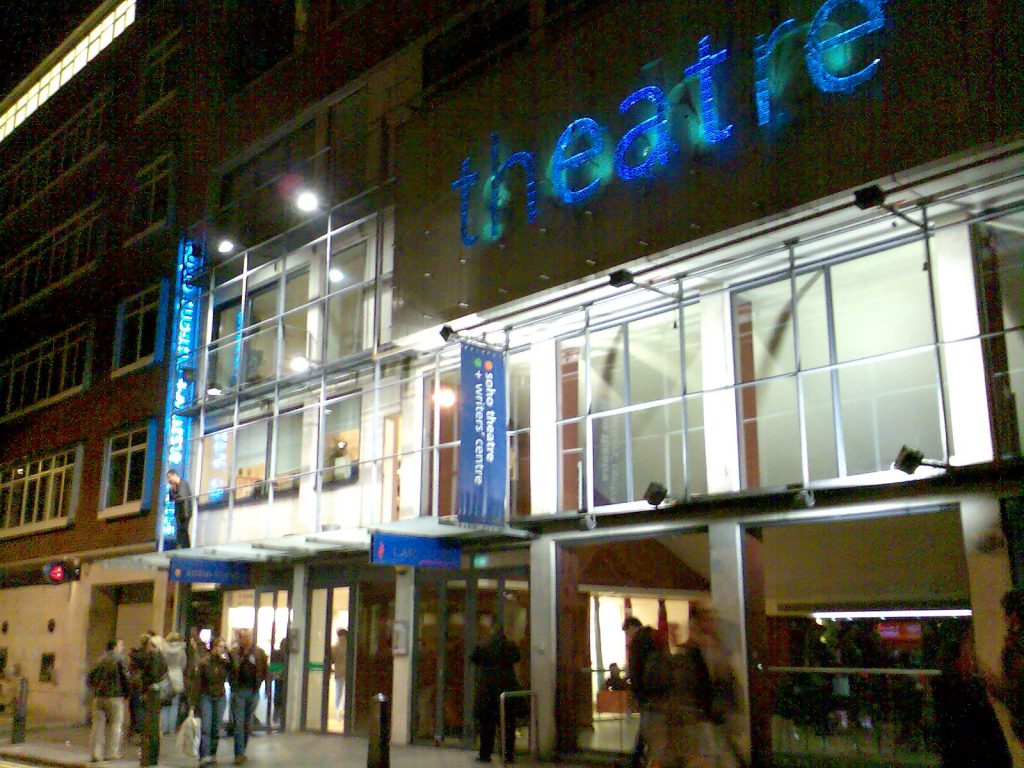 Verity Bargate Award finalist and winner of the Alfred Fagon Award (2015) and George Devine Award (2016), Girls is Theresa Ikoko’s funny and fiercely passionate new play about girlhood and the endurance of friendship. Girls makes its London premiere at Soho Theatre this autumn in a co-production with Talawa Theatre Company and HighTide, and following its world premiere at the HighTide Festival. Directed by Elayce Ismail (The Rise and Shine of Comrade Fiasco, Gate Theatre; Iphigenia Quartet: Chorus, Gate Theatre; Nanjing, The Yard), Girls explores the stories behind the headlines and hashtags that quickly become yesterday’s news. Kidnapped from their hometown, Tisana, Ruhab and Haleema are three normal teenage best friends who individually must find their own way to survive their confinement together whilst continuing to deal with the everyday trials of teenage life. Theresa is a Talawa Writers’ Programme Playwright. (Tue 27 Sep – Sat 29 Oct)

Sticks and stones didn’t break Her bones, but words and pointing crushed Her. In a testament to the women who live on the fringes, under the nose of everyday life, Fishamble and Pat Kinevane return to Soho Theatre following their Olivier Award-winning Silent (2015) with Kinevane’s third solo play and Fringe First Award winning Underneath. In its London premiere this is a blackly comic, rich and vivid tale of a life lived in secret. (Tue 22 Nov – Sat 17 Dec)

In the comedy and cabaret programme there is more insight into blurring the boundaries of gender identity with a new spectacle of filth and fantasy from CHRISTEENE (Early September, exact dates and times TBA) and the return of Zoe Coombs Marr’s monstrous character DAVE in Trigger Warning, her critically acclaimed critique on bad stand up and winner of this year’s Barry Award for Best Show at the Melbourne International Comedy Festival 2016. The season will also see the return of the much-loved drag performers Major Scales and the Season 5 winner of RuPaul’s Drag Race Jinkx Monsoon with their holiday show Unwrapped. (Mon 21 Nov – Sat 10 Dec).

Feebly holding up the boys end is Adrian Edmondson and Soho Theatre’s Artistic Director Steve Marmion with Bits of Me are Falling Apart. Adapted by Ade and Steve from William Leith’s at once richly comic, darkly satirical and weepingly emotional bestseller, the one-man play begins with William, who wakes up one morning, middle aged, cranky and alone. Sleeping on a mattress in his office and about to visit his young child before his estranged partner takes him away on holiday for two weeks, William wonders where it all went wrong and if there is any hope in fixing any of it.(Wed 02 Nov – Sat 03 Dec.)

All this while the Soho continues to support, develop and discover new voices in theatre through programmes including writer’s residencies, workshops and Soho Young Company. This includes Soho Theatre’s 2016 Channel 4 Playwright in Residence Phoebe Eclair-Powell who will present the world premiere of FURY this summer. (Tue 5 – Sat 30 Jul).

The Autumn also sees new theatre seating, for even more comfort while you are being thrilled, and for the first time you can choose your seats when you buy your tickets in the theatre.

“This season most of the work on the stages and around the UK is home produced or nurtured.  We are really proud of these brand new voices alongside some virtuoso old friends, all gathered together this Autumn and Christmas.”

Full details of all 100+ shows this Autumn available at sohotheatre.com/whats-on/.