Horizons is a series of performances and films across all strands of the Young Vic’s work in 2016-17: on all its three stages, its award-winning short film series and Taking Part, its community engagement programme. Refugees are at the heart of Horizons and will be creators and performers in a number of the projects.

Artistic Director David Lan said: “Horizons is the Young Vic’s response to the world as it is now. People in distress need help and they need to be heard. We want to provide a powerful means for audiences at home and abroad to connect with the political, social and human realities refugees face.  These are the central stories of our age.  We are thrilled and moved to be working with compassionate and fearless people, some of whom had never been to a theatre before, as well as writers and artists including Paul Mason, Ian Rickson, Deanna Rodger, Isango Ensemble, Joe Murphy and Joe Robertson.

We are delighted to welcome Good Chance to our home on The Cut as an associate company, and to be able to support the inspirational work of the Joes and their team.  We are proud to have been recognized by City of Sanctuary with an award for our work with refugee communities.  By becoming a Theatre of Sanctuary, we extend our commitment to raising awareness of the plight of refugees.” 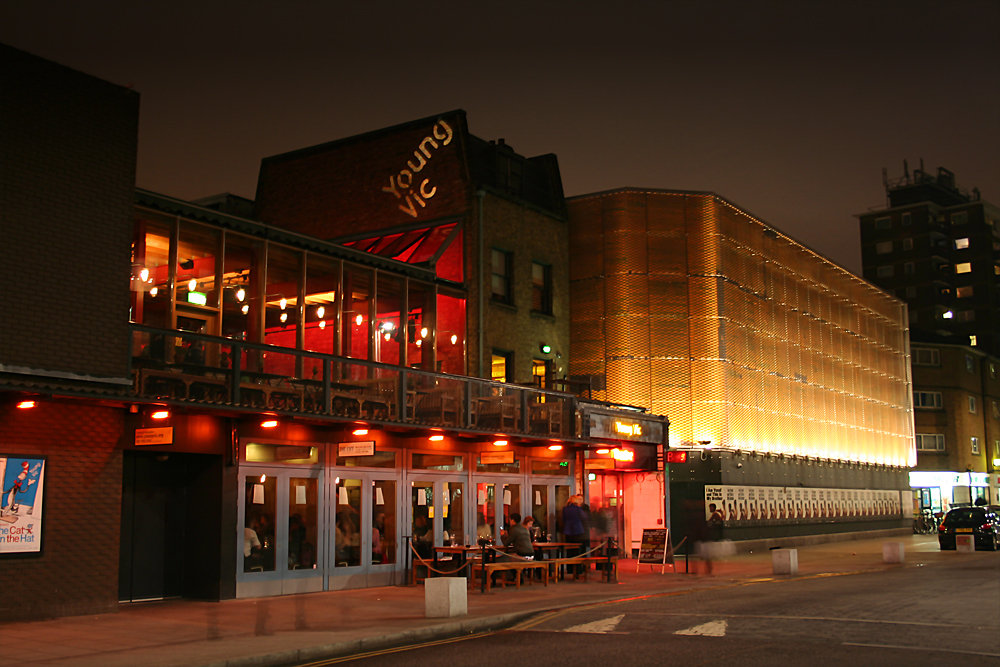 Horizons launches with the release of the Young Vic’s latest short film, Astoria, available to watch now on www.youngvic.org/YVshorts. Written and directed by Paul Mason, former economics editor of Channel 4 News and BBC’s Newsnight, it follows a Syrian refugee’s journey to the West. Once there, an encounter with the past in a Budapest hotel draws a parallel between Europe’s historical and current response to refugees.

Now We Are Here tells the true stories of four LGBTI (lesbian, gay, bisexual, transgender and intersex) people, all asylum seekers and refugees living in the UK. Over eight months, they participated in a series of workshops at the Young Vic led by director Ian Rickson and in partnership with charity Micro Rainbow International. Now, working with award-winning poet and spoken word artist Deanna Rodger, four actors will bring these important stories of intolerance, belonging and courage to the Young Vic’s Clare studio. The strictly limited run of performances will be free to attend.

Our next Taking Part Parallel Production, inspired by If You Kiss Me, Kiss Me,  will see young refugees using music and dance to talk about the things they love about their lives. This will be performed as part of Refugee Week at the in the Africa Room at the British Museum on 24 and 25 June.

Previously announced work in the Horizons programme includes Queens of Syria, a multimedia production featuring an all-female cast of Syrian refugees performing a new version of The Trojan Women, to the background of the award-winning documentary of their story.  Queens of Syria is performed in Arabic and will tour the UK following its opening in London.

And A Man of Good Hope, co-produced with South Africa’s Isango Ensemble and the Royal Opera, brings to life Jonny Steinberg’s extraordinary book about one refugee’s journey from Mogadishu to Cape Town.

Tickets for Now We Are Here, Queens of Syria and A Man of Good Hope are available to the general public now. Box Office: 0207 922 2922, www.youngvic.org