Review of: This is Living at the Trafalgar Studios

This is Living focuses on the space between life and death, following Alice and Michael through the immediate aftermath of Alice's unexpected death. It's an extremely nuanced understanding of recent bereavement, with an ambitious set design and brilliant cast performances.

Having graduated from a successful Edinburgh Fringe run in 2014, the new cast and upgraded set of Liam Borrett’s This is Living have settled into a West End home at Trafalgar Studios 2 until mid June. A long labour of love for Liam and his team, evolved from a seven minute piece of theatre in 2012, everything about this play has been re-examined, tweaked and polished, and as a result, care and attention to detail radiate from every second it plays on stage.

This two hander focuses on the space between life and death, cutting between two timelines that follow Alice and Michael through the immediate aftermath of Alice’s unexpected death, with flashbacks to moments from their earlier relationship. Far from providing a black and white contrast between a tragic present storyline and rosier past, this is a more human exploration of the beautiful moments in this couple’s last conversation, as well as the up and downs of their relationship previously. As they plan what will happen after Alice’s accident, and explore their new emotional challenges, they continually refer to their (off stage) child, who is arguably the central pin around which the whole play revolves. It’s decisions about her future that preoccupy them more than their relationship, and we follow Alice’s painful journey as she fights the knowledge that she will miss her child’s future. 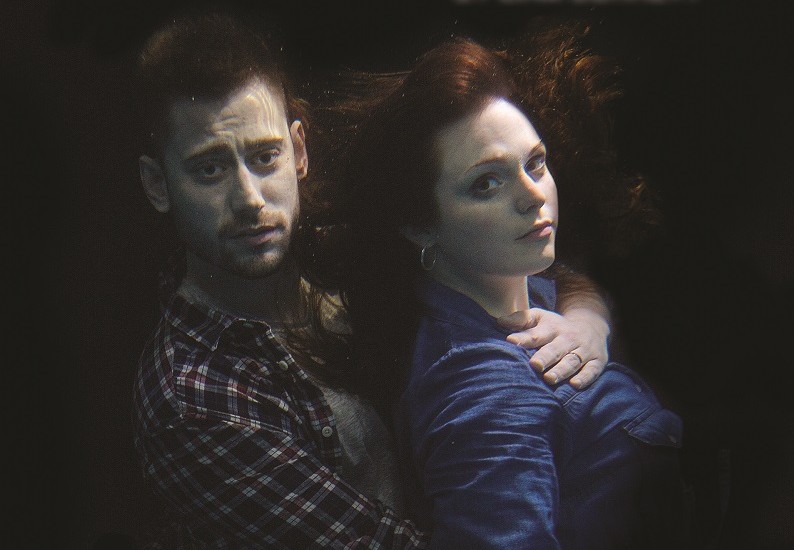 Tamla Kari (The Inbetweeners and the Donmar’s Versailles) and Michael Socha (This is England and Aliens) are extremely well matched on stage. They rise to the dual challenge of witty, fast paced dialogue and long, emotionally fraught pauses, pulling the audience along on their reeling roller coaster ride. So confident is Borett’s direction that Socha’s most powerful monologue is delivered to the back wall, facing away from audience, and still manages to be one of the most emotionally charged climaxes of the show. Socha manages to convey a whole spectrum of emotion through single pauses alone, and Kari’s physicality in depicting extreme physical and emotional pain has equal success.

Sarah Beaton’s set is dominated by a raised platform of inch deep water, a confident choice that keeps Michael and Alice’s conversation at the scene of her death in a local river. This shallow pool of water is ever present throughout each flashback as well, serving as a constant and effective reminder that we see these happier times through the lens of Alice’s upcoming death. However, there are some practical challenges that result from this design: because the actors have to use this puddle as their surface for flashback scenes,they sit down in an inch of water, or stand dripping wet, when it makes no narrative sense. There’s also the frequent interruption of poolside squeaking as rubber shoes meet watery plastic. The set is undeniably focused on the present, bereaved strand of the narrative, and this does rob other scenes of their potency, however well Michael and Tamla never let the cold water affect their performance. The design is a bold choice, but it’s also a permanent one and this type of narrative structure could probably benefit from a more flexible space.

Borrett’s writing is most powerful when it shows that death combines both the overwhelming and the banal. This is Living‘s most touching moment comes as Alice and Michael, both emotionally exhausted, reach a moment of quiet reflection on his day. The description of his trip to Tescos, and all the tiny details of ‘trolley or basket’ banality is everything that Alice wants to hear about a familiar activity that they will never share again. The occasional pauses in this scene are filled with the sounds of audience members crying. Borett’s script shines a spotlight on the uncomfortable truth that everyone has to face at some point in their lives; that the living carry on, and in bereavement it is invariably the tiny moments of making a cup of tea or getting dressed that are the only things that prove that you might get through it. And yet, the bereaved live a double life, with half of their thoughts still with the person they have lost. This is Living is a fantastically nuanced understanding of this dichotomy.

This is Living will be continuing its run at Trafalgar Studios 2 until Saturday 11 June. You can buy tickets from their website.