Directed by interdisciplinary artist Leo Kay, The Spinning Wheel seamlessly blends the talents of a host of internationally renowned artists, in an innovative collaboration across spoken word, music, live art and animation. Striking imagery from award-winning artist Eric Drooker, whose artwork has featured frequently on the cover of The New Yorker, features alongside original music composed by Hip Hop artist YAKO 440 and experimental visuals from Albino Mosquito’s Richard Ramchurn. 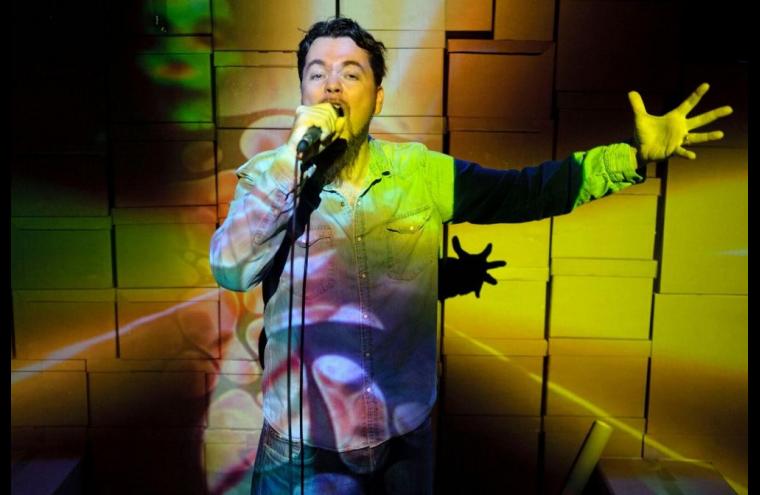 From the politically charged, hopeful energy of the 60s revolution to the social media storm of 21st Century’s #BlackLivesMatter, The Spinning Wheel reflects on how political movements of the past have morphed into today’s grass roots political activism. Drawn from steve ben’s extensive creative archive, conversations with his collaborators and research into his favourite haunts, the work explores the resonance of his unique generosity in art, life and pacifist, anarchist politics.

Director Leo Kay said “We are living in a time when politics and art feel more connected than they have done since the 80s. The project takes inspiration from the anarchist/pacifist expression of a generation emerging into the late 50s and 60s rebellion, manifest in the anti-war, civil rights and feminist movements.  It reflects on how these ideals are present within contemporary political actions and how we can remember and honour their hugely significant impact. The Spinning Wheel is a celebration of generosity, community and compassion and is a call to arms, a call to reactivate our fighting spirit, and also a conversation between father and son. With baba’s grieving process, and him being a father himself, we wanted to use that conversation to continue steve ben’s onstage performance legacy. Working with Baba, Richard Ramchurn and YAKA 440 allowed us to do this across many disciplines – I love musicality within performance, so that was a joy. Since the original run, the visuals have been elevated; we’ve integrated animation using project mapping and blended this with steve ben’s archive material”.

You can find out more at www.thisisunfinished.com