The production sold out its four-night run, attracting an audience comprising over a third local residents and over 15% students and young people under 26.

A video of the project can be seen on the theatre’s YouTube channel and pictures are available on their website: bushtheatre.co.uk/event/the-neighbourhood-project/ 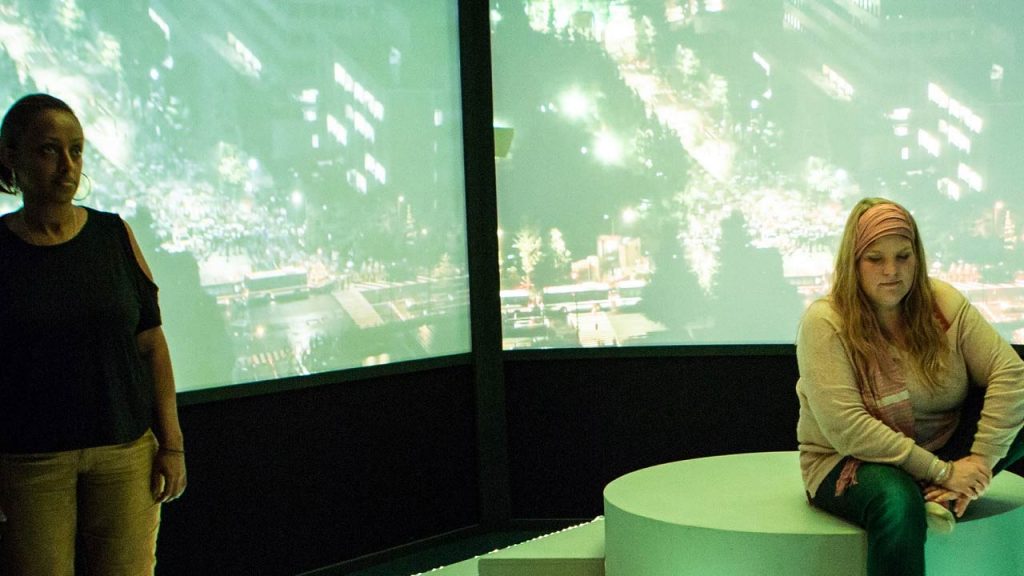 Written by Molly Taylor, Samuel Wood and the company, The Neighbourhood Project was devised and rehearsed over a five month period, and addressed themes of community resistance, diversity and migration. As well as the local residents who performed, some chose to contribute their stories, and others to participate in other ways.

In a blog for the Bush website, participant Naomi Westerman wrote:

If The Neighbourhood Project is anything, it’s a celebration of diversity. Through this I’ve met people and heard stories I could not have dreamt of… During the months, people came in and out, but I was surprised by the level of commitment and passion. Some chose to perform, some contributed their stories but preferred not to be onstage, but every single person in the room was invaluable… the unwavering support from everyone involved has given me a structure for one of the most emotional and challenging periods of my life. I don’t know what I would have done without it.

The Neighbourhood Project was a Bush Theatre and Look Left Look Right production created in collaboration with the residents of Hammersmith & Fulham. It was generously supported by Hammersmith United Charities, The Daisy Trust, The Eranda Rothschild Foundation and Land Securities.

In 2016, as part of Madani Younis’ stated aim of creating a theatre that truly reflects the community in which it sits, the Bush Theatre is undergoing a major redevelopment of its building, creating a new second space, improved backstage facilities and a new front-of-house area, and making the whole building fully accessible and more sustainable. During the building works, the Bush Theatre’s programme is moving out into the local community, embracing the buildings and people of West London.

For more information on the Bush Theatre’s programme, visit www.bushtheatre.co.uk