Fifteen years later and still going strong! Tall Stories’ hugely popular production of The Gruffalo first opened on 12 May 2001 – just 18 months after the book was first published. The show returns to the Lyric Theatre, Shaftesbury Avenue from 6 July and has just extended through to 8 January 2017, forming a huge part of this year’s West End calendar.

Based on the much loved picture book by Julia Donaldson and Axel Scheffler, Tall Stories’ adaptation combines songs, laughter and storytelling theatre with just the right amount of scary fun! Set to a wonderfully catchy score with original music and lyrics, The Gruffalo continues to entertain audiences from London to New York, and from Hong Kong to Sydney.

According to Olivia Jacobs and Toby Mitchell from Tall Stories: “Back in 1999, when we asked Julia and Axel if we could adapt their then little-known book The Gruffalo for the stage, we had no idea how things would turn out. The original 2001 tour involved three actors in a car (not even a stage manager!) touring to schools and small venues. To go from there to the West End, Broadway and the Sydney Opera House has been quite a journey.” 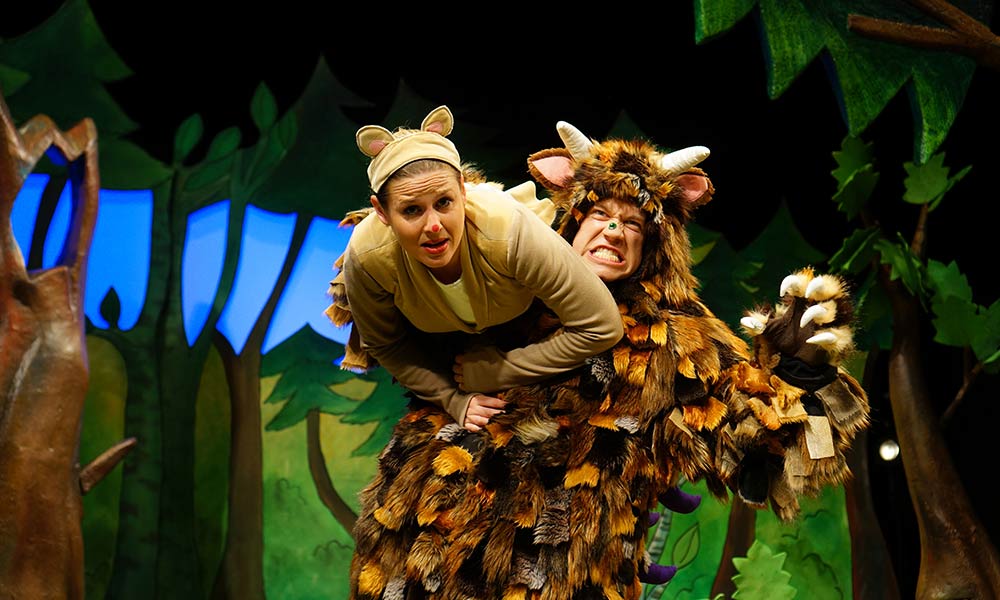 Tall Stories has also announced that in autumn 2016, the actors from The Gruffalo will be delivering a brand new interactive performance free of charge to inner London schools (focusing particularly on those schools with a high proportion of children eligible for free school meals): Toby and Olivia explain “This autumn Tall Stories is creating Future Perfect, an interactive performance for Year Six students which uses time travel as its central theme. We hope that the performance will give students approaching secondary school age the opportunity to think about how the choices they make might affect their future.

Tall Stories relaunched its website in March 2016, offering improved access to all its shows and adding a ticket facility enabling audiences to buy tickets for Tall Stories shows from them directly as well as from their venues. For more information, see: www.tallstories.org.uk / www.gruffalolive.com / tickets.tallstories.org.uk