A compelling play about the modern problems of teenagers. The story is told with great humour, but is ultimately very disturbing. There is a strong case for taking productions such as this to schools to highlight the issues and consequences.

Sexting amongst teenagers is a big problem, and a far bigger one than I suspect most of us realise. PMJ production’s new play by Maya Sondhi does a very good job of demonstrating just how widespread sexting is, and succeeds in giving us some idea of the consequences.

Daisy is smitten by fellow pupil JC who, through the course of a persuasive text exchange, gets her to send him intimate photos. The problem is that JC’s motives are not honorable – he is collecting a series of images that his cousin then distributes online. This is worrying enough, but really quite chilling once you realise that Daisy and JC are both only 14 years old. The problems escalate from here, with Daisy’s friend, selling sexual favours in the playground, becoming a further victim of shared images. Ultimately, we move full circle, with JC becoming the target. While the stories are told amidst a background of banter and great humour, we are left incredulous that this could possibly be happening in a modern inner city school. We share the horror of the young teacher, who is trying to help the children have some some vestige of self-worth, while struggling to accept the nature of their activities. She is little older than them, but has to come to terms with behavior that did not exist before the current generation of teenagers. What is most disturbing is that overall feeling of incredulity – surely this could not really be happening. Sadly, the play is based on real events and is backed up by some compelling statistics; 44% of teenage girls have been involved in sexting and 32% of boys. There is nothing to stop them from getting involved, with social networks using the excuse of a commitment to free speech as a coverall justification of not incorporating preventative measures within their systems. As a result some 88 million people on Facebook, for example, are not who they say they are. 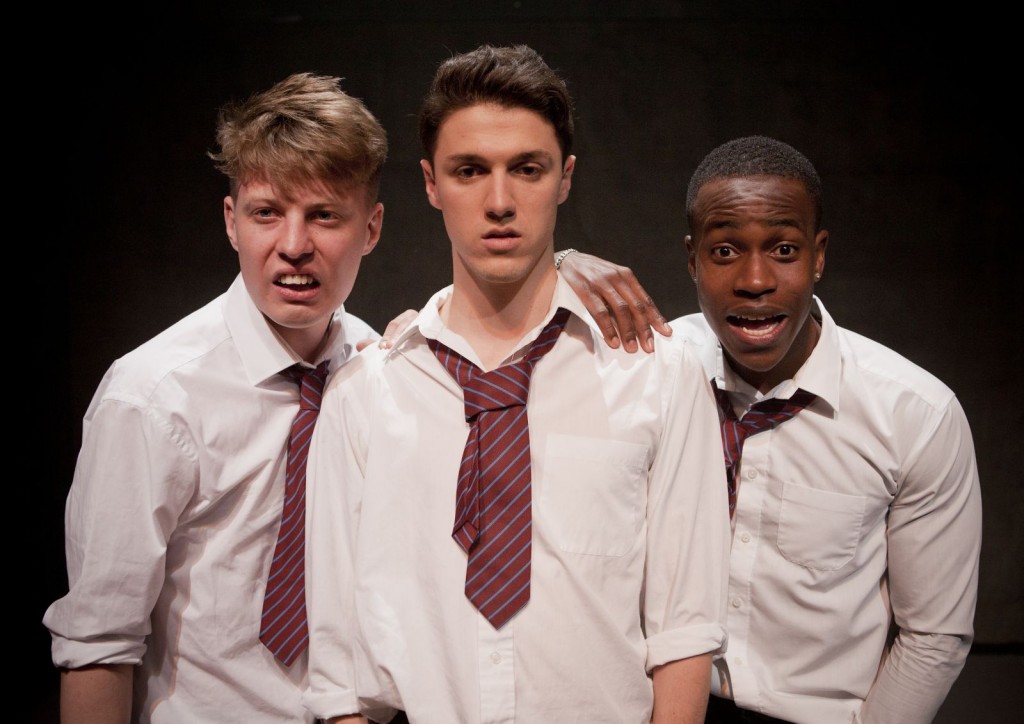 This is a very strong production, delivered with pace and conviction by a young cast who both beguile and shock us with their knowingness. There is a strong case for taking a production like this around schools to raise awareness of the consequences of sexting, and to undermine some of the peer pressure that prevails. Use of the smaller theatre at the Park (Park 90) was ideal for the play and there are no weak performances; with Anna O’Grady outstanding as the teacher only known as “Miss”, Tom Ratcliffe as JC shifting agonizingly from porn Svengali to vulnerable teenager, Olivia Elsden as the guileless Daisy, and Dave Perry as Adam, a boy whose sexual confusion is accentuated by the transactional nature of the sex acts to which he is exposed. At times I felt that the introduction of a cheap laugh detracted from the weight of the issues, but without the humour it would have been just too relentlessly depressing.

The performance that I saw did leave us with some hope, with an after show discussion regarding new software that soon will be available to address the problem. Downloading an app that will recognise behaviour patterns on phones, potentially preventing the sending of images and alerting parents as to what their children are trying to do could be the answer. Smartphones are seen as an inalienable right for teenagers, the ability to use them to sext should not be.

Sket is playing until the 14th April at the Park Theatre 90.