Show Boat began West End previews at the New London Theatre on 9 April 2016 with opening night on 25 April 2016 after which Evans’ production was the recipient of a second set of five star reviews.

Producers David Ian, Bob Bartner and Norman Tulchin said:  “We could not be more proud of Daniel’s production of Show Boat.  This first class cast and creative team have delivered an exceptional production and we are delighted that London audiences have had the opportunity to see this five star show.” 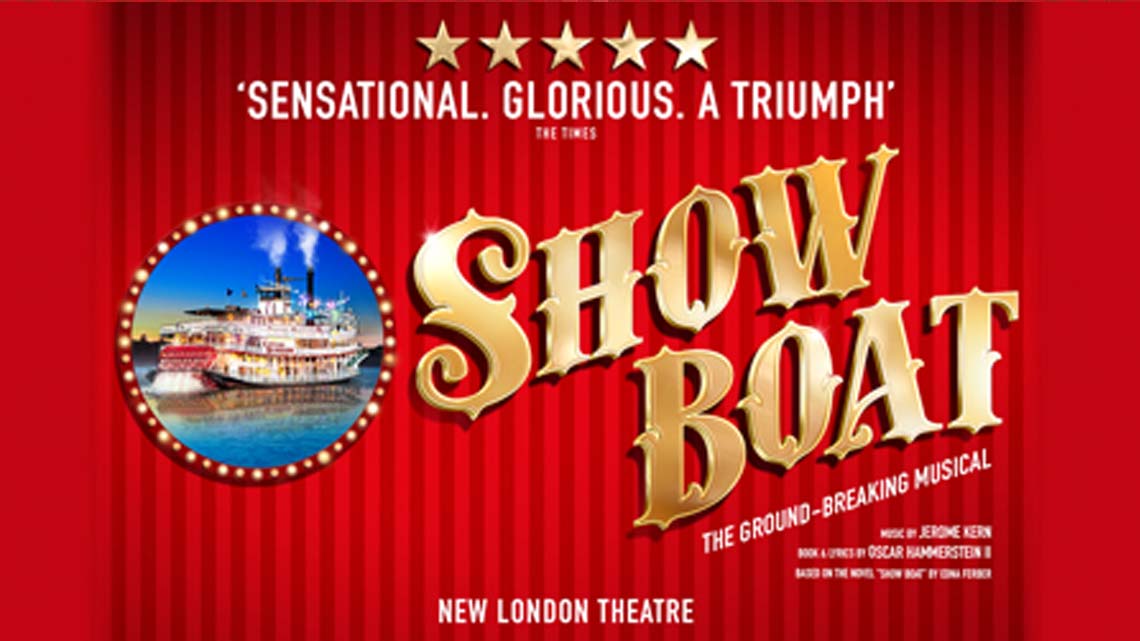 One of the most romantic musicals of all time and set against the backdrop of America’s Deep South at the turn of the 20th Century, Show Boat tells a powerful story of freedom, loyalty and, above all love. Spanning 40 pivotal years in American history, this epic musical follows the lives and loves of three generations aboard the Cotton Blossom show boat as it plies the Mississippi River and features the timeless songs Ol’ Man River, Make Believeand Can’t Help Lovin’ Dat Man.

Music is by Jerome Kern and book and lyrics by Oscar Hammerstein II based on the novel Show Boat by Edna Ferber. Designs are by Lez Brotherston with choreography byAlistair David, musical supervision and direction by David White, lighting by David Hersey, sound by Paul Groothuis and video design by Tim Reid.

This version of Show Boat was originally produced by Goodspeed Musicals and was adapted and directed by Rob Ruggiero and presented by special arrangement with R&H Theatricals Europe.  The show’s Broadway premiere was in 1927.

Chris Peluso is appearing with the support of UK Equity, incorporating the Variety Artists’ Federation, pursuant to an exchange programme between American Equity and UK Equity.