To celebrate Samuel Beckett’s work, Print Room at the Coronet and the international, award-winning company and unparalleled Beckett champions, Gare St Lazare Ireland, will present a three-week festival exploring Samuel Beckett’s prose across the disciplines of theatre, music and visual art from 17 May – 5 June 2016. Gare St Lazare return to the Print Room following their acclaimed production of Will Eno’s Title and Deed in 2015. Beckett In London is supported by Culture Ireland as part of I Am Ireland, a program of Irish Culture in Britain to mark the centenary of the Easter Rising of 1916.

At the heart of the festival, there will be solo performances of five prose titles First Love, The End, Molloy, Malone Dies and The Unnamable, directed by Judy Hegarty, featuring actor Conor Lovett. Interpreting the prose on stage began with Beckett himself collaborating with actor Jack MacGowran who performed his texts in the 1960s, and Gare St Lazare are among many who have continued this tradition. In Here All Night, Lovett is joined by a virtuoso ensemble of international musicians and singers to perform text and music by Beckett which has never before been publically performed and has been interwoven with original music by English composer Paul Clark. To complement the live performance, Hello Sam, an audio-visual art installation by renowned Irish artist Brian O’Doherty.

Gare St Lazare Ireland have spent over twenty years creating and touring acclaimed performances of Beckett’s prose and plays. Founded in 1996, and run by joint Artistic Directors actor Conor Lovett and director Judy Hegarty, they have toured work to theatres and festivals in Ireland and around the world, and have performed in Africa, Asia, Australia, South America, over thirty times in North America, and countless times in Europe. With over seventeen titles by Samuel Beckett in their repertory, they have built a matchless reputation as prime exponents of the Nobel prize-winning Irish author’s work.  This will be a chance for London audiences to experience the breadth of their work including their very earliest and very latest productions. Molloy premiered in London in 1996 and, last year, the company presented Here All Night and The End at New York’s Lincoln Center while its production of Waiting for Godot performed at Skirball Center.

In this exquisite solo performance of Beckett’s 1946 short story The End, Conor Lovett portrays a derelict journeying figuratively toward his own mundane end. Directed by Judy Hegarty with lighting by Simon Bennison, this theatrical rendering depicts a man easing into the uncertainty of the human condition, approaching oblivion with humour as he describes his own banal demise with the precise detail of a poet. Press Night is 17 May 2016. 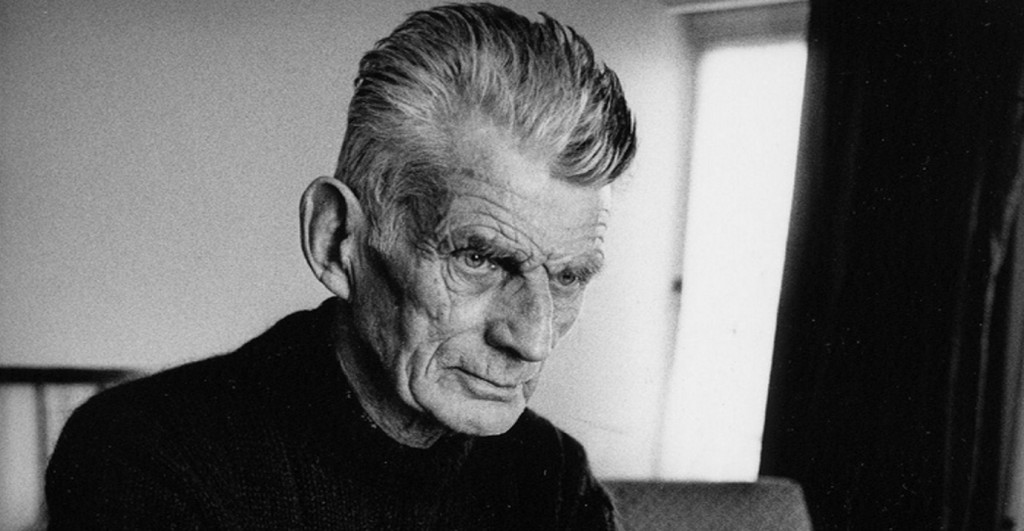 A characteristic blend of tragedy and comedy, First Love was written as a play in 1948, but only published in 1971. In a supremely funny performance, Conor Lovett plays the haunted narrator expelled from the family home who becomes infatuated with a woman he meets. Judy Hegarty directs.

The Beckett Trilogy comprises Molloy, Malone Dies and The Unnamable. The three novels, written in French shortly after World War II, are seen by many as Beckett’s literary masterpiece and his view of society, and the world, is as funny as it is true. Directed by Judy Hegarty and performed by Conor Lovett, Gare St Lazare’s tour de force production captures the essence of the novels and has received international acclaim on previous performances.

Molloy is one of Beckett’s most poignant and arresting characters – a crippled tramp recounts an effort to visit his aged mother and his apprehension by the police. In Malone Dies, the narrator Malone is about to die and decides to tell himself stories as he bides his time, and finally hits on a character, McMann, whose strange story results in a bloodbath. In The Unnamable, the nameless narrator has dispensed with story altogether and instead is trying to make sense of his existence, if it is his.

The musical element of Beckett in London is Here All Night, which premiered in 2013 as one of the hits of the Brighton Festival. Here All Night is a performance of music and text that explores the presence of music and musicality in Beckett’s work and is a rare opportunity to discover another facet of his prose.  It features texts and music by Samuel Beckett himself and original composition by UK composer Paul Clark, currently music director on Katie Mitchell’s Cleansed at the National, and the co-artistic director Clod Ensemble. Press Night is 21 May 2016.

To celebrate Beckett through visual art, Gare St Lazare Ireland invited renowned Irish artist Brian O’Doherty to bring his mixed media installation, Hello, Sam, to be part of the festival. A companion piece to the performances, the work attempts to engage the myth of Beckett’s persona and the mystery of his work. Artist Brian O’Doherty grew up in Ireland where he qualified as medical doctor before moving to New York in 1957 where he became one of the most influential artists, art-critics and writers of the 1960s and 1970s.  Hello, Sam was exhibited at The National Gallery of Ireland in 2011 as part of Dublin Contemporary.  Hello, Sam will be opened to the press on Monday 23 May by the Irish Ambassador to UK Daniel Mulhall, and there will be a discussion about Brian O’Doherty’s work by Christine Kennedy of the Irish Museum of Modern Art and writer Brenda Moore McCann, author of the book about O’Doherty, ‘Between Categories’. Private View is 23 May 2016.

Finally, the Beckett in London Festival offers a Public Conversation Series with a group of experts in their field. “Visual Art” will be curated by Dr. Derval Tubridy exploring the relationship between Samuel Beckett and contemporary art, “Theatre” by actor, writer and director Tim Crouch and “Music” chair is to be announced.