Following a sell-out international tour, the critically and publicly acclaimed production of 1984 will return to the Playhouse Theatre in London’s West End this summer. George Orwell’s canonical work, adapted by Olivier Award-winner Robert Icke and Olivier Award-nominee Duncan Macmillan, will preview from 14 June 2016, with the press night on 28 June 2016.

The definitive book of the 20th century is re-examined in a radical, award-winning adaptation exploring surveillance, identity and why Orwell’s vision of the future is as relevant now as ever.

1984 is directed by Robert Icke and Duncan Macmillan with Daniel Raggett, set and costume is designed by Chloe Lamford, with lighting designed by Natasha Chivers, sound designed by Tom Gibbons and video designed by Tim Reid.

George Orwell’s 1984, published in 1949, is one of the most influential novels in recent history, with its chilling depiction of perpetual war, pervasive government surveillance and incessant public mind-control.  Its ideas have become our ideas, and Orwell’s fiction is often said to be our reality. The full photos can be seen here. 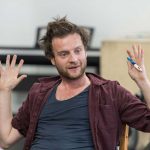 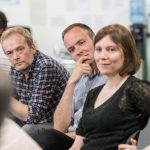 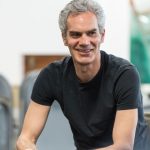