There is less than one week until LIFT ’16 takes over London’s stages and spaces for a month of eclectic and electrifying work from exceptional international artists. Curated by Artistic Director Mark Ball, this year sees the festival present more international commissions and premieres than ever before.  Taylor Mac will officially kick off the festival with a one night only performance at Hackney Empire on Wednesday 1st July.

LIFT has travelled the world to curate a very special playlist of performances, politics and pop-culture for London, so go on – press play.

Meet wild Japanese pop fans, an outré performance star, a body builder, and teenagers with attitude. Waltz, keep secrets, see a brass band, take revenge and sleep with a stranger.  Visit Roma musicians, refugees, ancient Greeks via Sarah Kane, Falklands War veterans, a Victorian music hall and a circus in a cemetery where the undead welcome you in.

Rejoice, dance, mourn, laugh and cry in this most exhilarating of cities.  Walk into the lives of some of the remarkable people who make up London in 4 weeks of stylish, bizarre, moving, flirtatious, sensory performance, as LIFT 2016 celebrates the world in London and London in the world.

Mark Ball – “Does art help us belong? I have met pioneering artists and performers from around the world who connect to the astonishing range of international communities that make up London, and, asking that very question, have made a Festival that investigates how this amazing mix of people adds up to the London I love. The cultural influences and radical imaginations of our festival artists result in enthralling and joyful work that will be seen in spaces and venues that take us into the guts of the city – so make your own playlist and join us at LIFT 2016”

Compelling, playful and provocative work comes from 14 countries, including Argentina, Belgium, Greece, Poland, Canada, Japan, Australia, the USA, Lebanon and Syria.  Over 30 events will be seen across the capital from an East End Cemetery to the Barbican and Hoxton Hall, from The Place to the Thames, and from the Royal Court and Sadler’s Wells to a Stratford car park. 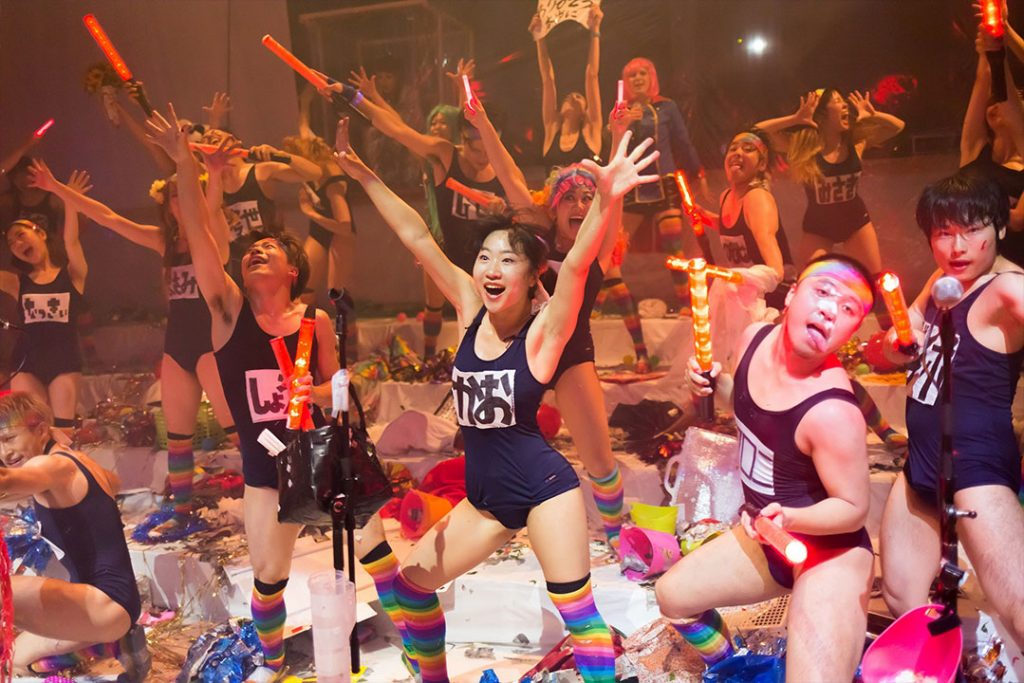 New work is the engine of LIFT, and this year sees more commissions than ever before, including an exciting new partnership with the Royal Court Theatre.  The programme of World and UK premieres includes: a voyage through the American song book with Taylor Mac, New York’s politically-knowing, enormous of spirit, and outrageously entertaining performance artist; haunting encounters with the dead in a Mile End cemetery in gothic circus from acclaimed Australian company Circa and British electronic musician Lapalux; the UK debut of Poland’s great iconoclastic director Krzysztof Warlikowski in an epic multimedia production of Phaedra(s), a revolutionary interpretation of the Greek masterpiece by Sarah Kane, Wajdi Mouawad and J M Coetzee starring Isabelle Huppert.

In STELLA, writer and director Neil Bartlett looks into the soul of Victorian cross dressing artist Ernest Boulton on the day of his death. Argentinian artist Lola Arias brings together both Argentinian and British Falklands War veterans to share their revelatory experiences with us and each other. Musicians, performers and dancers explode in a rollercoaster ride through the lives and experiences of Europe’s Roma people, led by choreographer and theatre maker Constanza Macras; and Tokyo based artist and pop-idol Toco Nikaido and 25 performers swarm the stage in a frenetic, multi-coloured, cacophonous paean to Japanese youth subculture.  Frank Van Laecke and Alain Platel march to the sound of a brass band; the UK’s first transgender choir sing for us, and On The Move, a series of new works co-commissioned by LIFT responding to the world’s greatest migration crisis, inhabits unexpected spaces at the Royal Court Theatre.