Multi-award-winning troupe Kill the Beast brings two unique horror-comedies to the Edinburgh Festival Fringe this August. Don’t Wake The Damp and He Had Hairy Hands will be running at the Pleasance throughout the Festival, fusing comedy and theatre in a non-stop visual extravaganza.

Kill the Beast is fast becoming a staple of the Edinburgh Fringe, having played its first show at the Pleasance in 2012. In 2014 the company was a BBC Pick of the Fringe with He Had Hairy Hands. 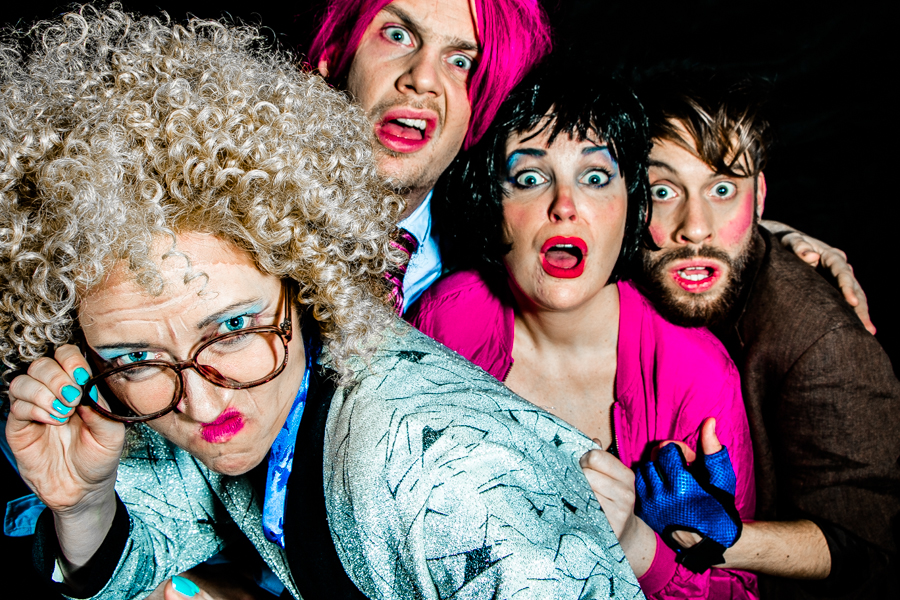 The skyline of 2035 is looking a little strange. One by one, tower blocks are being demolished, foundations torn up. There are whispers of an evil from the deep, a damp darkness rising. But monster or no monster, June Berry won’t be leaving her home without a fight.

Neon adventure Don’t Wake The Damp will premiere at this year’s Edinburgh Fringe, after previewing at The Lowry, Salford. It promises to be a non-stop rollercoaster, taking its inspiration from sci-fi horror cinema and the fabulously inventive superheroes of the 80s: think The Fly meets The Power Rangers, Bucky O’Hare on a date with Eraserhead, or Day Of The Tentacle sharing a fish platter with Tron.

Evil is rising. Grab a mop.

Don’t Wake The Damp is supported by The Lowry; Harrogate Theatre; and The Point, Eastleigh.

He Had Hairy Hands

The year is 1974, the town is Hemlock-Under-Lye and when werewolf attacks threaten teatime, there’s only one person you can call…

Following a sell-out national tour, this multi-award-winning comedy returns to the Pleasance Courtyard, where it premiered in 2014 and was a BBC top pick.  The show was awarded Best Studio Production at the Manchester Theatre Awards and also took home the Peter Brook Festival Award in 2014.