Kenny Morgan is a painfully moving, if slightly long, portrayal of an actor spiralling down to suicide

One of the main strengths of Kenny Morgan is that it did not rely on the famous playwright in its story to carry the plot. When reading on the event which inspired the writing of the play in the foreword of the script, the name ‘Terence Rattigan’ jumps out immediately; however, the comparative insignificance of the character ‘Terry Rattigan’ himself proves that Poulton manages to control this alarming pull of the ‘celebrity figure’. Instead, he exploits various parallels with Rattigan’s work (such as images in the Deep Blue Sea) in order to shift the focus from the playwright to his much lesser-known young lover – the titular Kenneth Morgan.

It is this past homosexual relationship in comparison to the present one Kenny finds himself in which makes up the backbone of the play. Themes of post-war Britain, illegal sodomical relationships and what one can only describe as an intense dissection of severe depression all appear at points; but to label the play in these regards would be to deny it it’s worth. It is a piece which deals with people, not merely themes – providing a compelling portrait of a suicidal actor in a way which makes us understand every single decision Kenny takes. This is in part down to dialogue which picked up dramatically after a slow first scene (bounding along by the end of the first act) and, above all, absolutely outstanding acting. It is a shame there were a few characters who were vaguely superfluous to the actual story being told, but this did not affect those portraying them. Particular mention must go to Paul Keating and Pierro Niel-Mee, whose first breakup scene was heartachingly poignant and thrilling in equal measure. Lucy Bailey’s direction is intricate and deftly focussed, charting the rise and fall of Kenny’s emotional state with style and precision, especially shining when he is confronted with most of the cast that had appeared in the first half of the play – each different conversation showing a facet to his own personality. 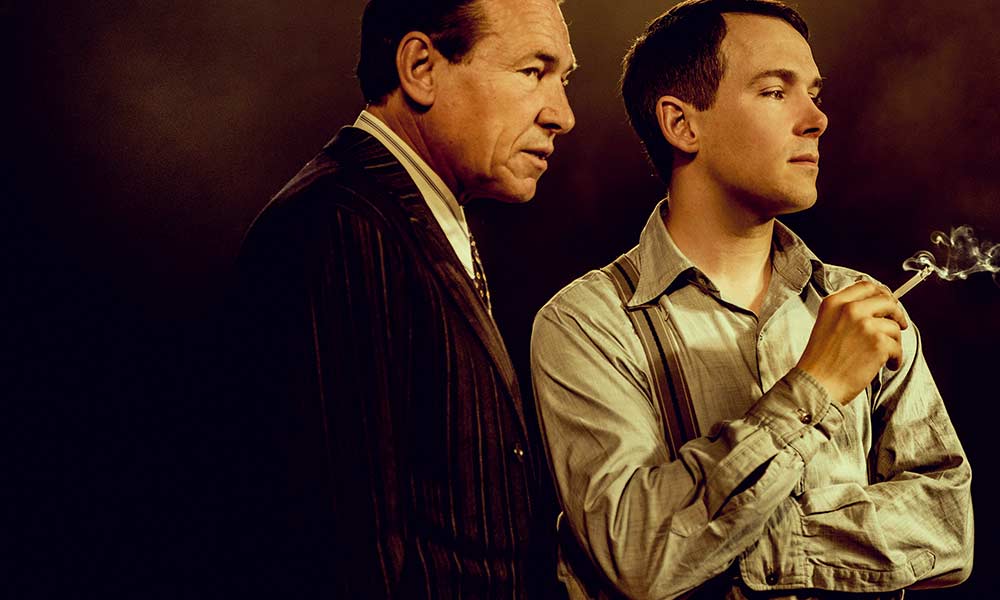 Despite the skill with which the play was portrayed, there were some pacing issues and confusions that are impossible to ignore. The first scene was overly drawn-out for what was, essentially, just providing backstory for the more interesting confrontations later on, and contained two characters who, while being well-acted and interestingly written, could have been cut without much inherent change to the plot itself. The whole play, while beautifully written, just didn’t feel particularly tight – it seemed that Poulton was so interested in each of his characters he wanted to give all of them as much stage time and conversation time as possible, whether this was actually in the interest of the play or not. Towards the end of the second act, there were five consecutive scenes of ‘Kenny talking to someone’ in a way that did provide some interesting parallels and facets of his character, but not so interesting that they were worth 10 minutes each of a 150 minute running time. As a result, what could have been a painfully moving final situation was instead constantly diluted.

This is not a play about Terence Rattigan, or Terence Rattigan’s love life; it is a portrait of a woefully desperate young actor trying to locate himself in a world where his sexuality is illegal and which is not providing him with any way out. If it had found its focussing point sooner, Kenny Morgan would have been a runaway success; however, even as it stands at the moment, one would not hesitate to call it an intensely emotional and revealing piece of work.