Alice wants to come out as a lesbian. Her girlfriend Fiona wants to start living as a man. It’s New Year in Rotterdam, and Alice has finally plucked up the courage to email her parents and tell them she’s gay. But before she can hit send, Fiona reveals that he has always identified as a man and now wants to start living as one named Adrian. Now, as Adrian begins his transition, Alice must face a question she never thought she’d ask… does this mean she’s straight? 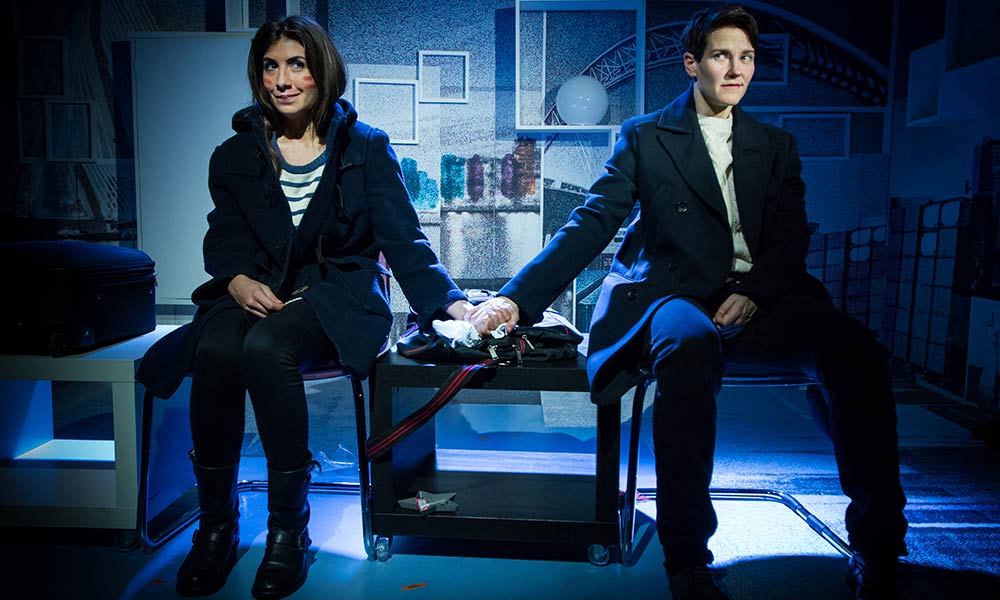 Rotterdam is a bittersweet comedy about gender, sexuality and being a long way from home by acclaimed writer Jon Brittain, co-creator of Margaret Thatcher Queen of Soho, and writer of What Would Spock Do? and The Sexual Awakening of Peter Mayo.

Director Donnacadh O’Briain comments, There’s something really special about this play, and about the cast who brought it to life. Audiences were incredibly taken with it, I’ve rarely seen a reception like we had at Theatre503. We were entirely sold out a day or two after press night so it’s fantastic to be able to bring it back to a wider audience. I think it’s a must see and I’m not biased at all.

Jon Brittain was inspired to write Rotterdam after a couple of his friends transitioned in the late 2000s. He became aware of the absence of transgender stories in pop culture and wanted to address this on the stage. Through writing this show, he researched and consulted widely including talking to numerous trans people and their partners, conducting readings for members of the trans communities and discussing the show with various parties who were all supportive, including Trans Media Watch who then endorsed Rotterdam.

Brittain’s play is another reminder – warm, witty and wise – of the stupidity of thinking that there are only two genders (Time Out). You can check out Theatre Bubble’s stellar review of Rotterdam at Theatre503 here.