Following his critically acclaimed 2014 production of Notes From Underground, celebrated French director Gérald Garutti returns to Print Room with the UK première of Haim – In The Light Of A Violin: the true story of violinist prodigy and Holocaust survivor Haïm Lipsky

This highly anticipated theatrical and musical production comes to London after five years of performances in France and Switzerland, thanks to a brand new translation by Christopher Hampton.  This production marks the return of Garutti to the Print Room, after his 2014 production of Dostoevsky’s Notes from Underground, starring Harry Lloyd.

Haim – In the Light of A Violin, known in French as ‘Haim – A La Lumiere d’un Violon,’ tells the true story of Haïm Lipsky – a Polish Jew born in 1922 into a working-class family. Thanks to his passion for music, and his extraordinary skill with the violin, he went on to survive the hell of the Lodz ghetto and Auchwitz, where he played in the camp orchestra.  At the end of the war, he emigrated to Israel, where he gave up playing music, to became an electrician. However, he passed on his love of music to his children and grand-children, who are now all internationally renowned musicians. 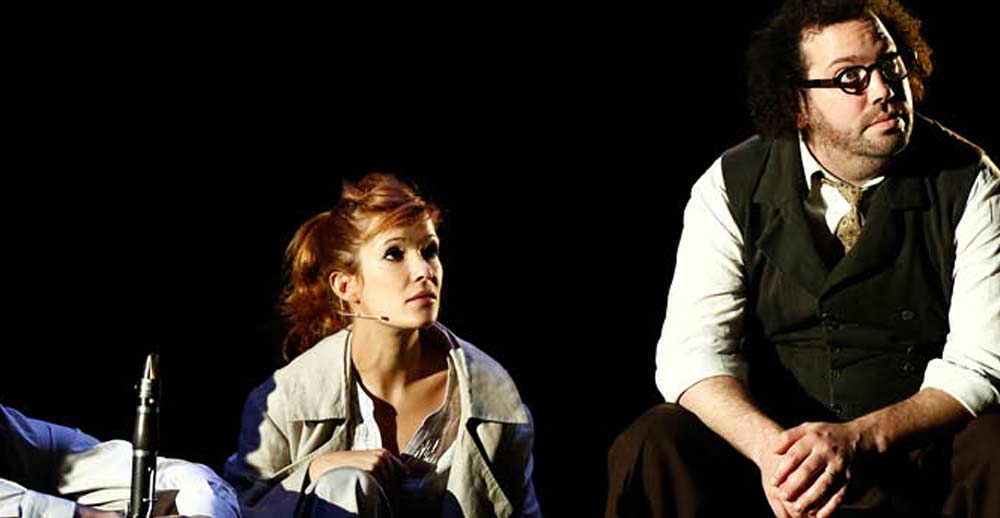 This musical tale, mixing classical pieces and klezmer melodies, is a testimony of survival through art, of hope preserved in the heart of darkness, and of the importance of musical heritage.

Gerald Garutti said, “When Haim left Auschwitz, Haim rejected Polish in order to speak two languages – Yiddish and Silence. Now at the age of 90, he speaks Hebrew.  But all through his life, the language of his heart has been music.”

Since its debut in 2012, Haïm has been a public and a critical triumph, enjoying sell-out performances both in Paris and on tour in France and Switzerland.