Hundreds of £15 tickets for every remaining Monday performance of Doctor Faustus, starring Kit Harington and directed by Jamie Lloyd, will go on sale tomorrow at 10am.

As with all The Jamie Lloyd Company’s productions, all tickets for Monday performances of Doctor Faustus are £15. They will be available to buy in person at the box office of the Duke of York’s Theatre, London, and online thereafter. The Jamie Lloyd Company will provide entertainment and refreshments for those queuing for tickets.

Some of the £15 tickets will also be made available through a special outreach scheme, targeted at schools and first-time theatregoers.

The Jamie Lloyd Company also announced a series of free events arranged to complement Doctor Faustus. After the performance on Tuesday 7th June, Jamie Lloyd in Conversation with Jenna Russell will see the show’s director and one of its stars in conversation on stage. Jenna Russell, one of Britain’s leading musical theatre performers, will discuss her career and collaborations with Jamie Lloyd as well as perform a selection of her favourite songs from Sondheim, Victoria Wood and others. 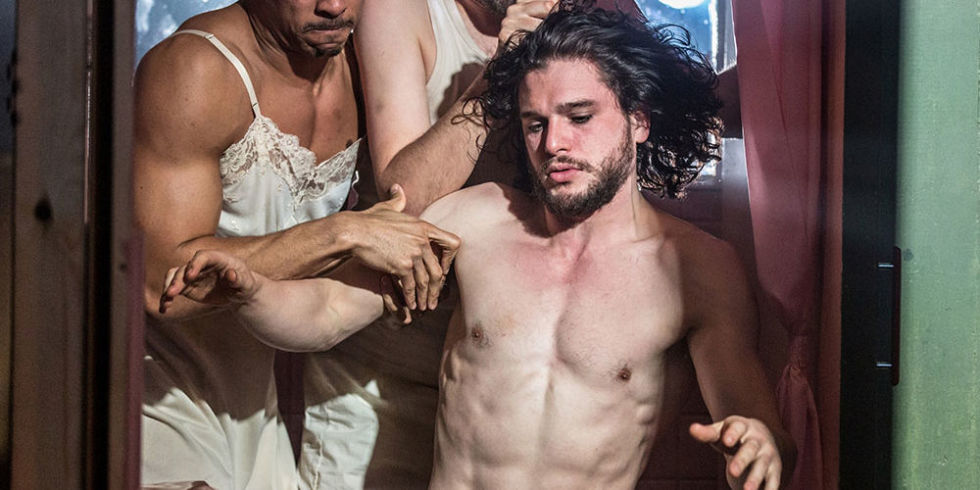 Finally, after the performance on Monday 13thJune, spoken word and rap artist Charlie Dupre will perform ‘Faustus: Remixed’, a visceral, high-octane spoken word retelling of Marlowe’s famous tale. Building on the original’s cornerstones of vanity and thirst for understanding, the piece challenges the audience to examine Marlowe’s themes through a modern lens. It questions whether individualism and grandeur are the keys to fulfilment, or rather the gatekeepers of a hell we are desperate to avoid. Performed exclusively in partnership with The Jamie Lloyd Company on the set of Doctor Faustus, this is Marlowe like you’ve never heard him before.

Entry to these events will be free with tickets for that evening’s performance.

With Teevan’s darkly comic scenes replacing the extant middle acts (widely believed not to have been written by Marlowe), the story of this 400-year-old play is transported to a celebrity-obsessed society of greed and instant gratification, offering a fresh perspective that chimes with our times.

Faustus makes a pact with the Devil, selling his soul in return for the ability to perform anything he pleases with the power of black magic. This fatal decision catapults him into an intoxicating world of celebrity, as he becomes a world-renowned conjuror, international heartthrob and friend of the rich, famous and powerful. But what is the cost of his insatiable thirst for wealth and fame?

The production is designed by Soutra Gilmour, with lighting by Jon Clark, and music and sound by Ben and Max Ringham.  Movement direction is by Polly Bennett, with fights by Kate Waters and special effects by Scott Penrose.

As with The Jamie Lloyd Company’s previous productions, all tickets for Monday performances are £15. Some of these will be made available through a special outreach scheme, targeted at schools and first-time theatregoers. The remainder are released monthly to the public each month, available online or at the Duke of York’s box office.