New stars, in their multitude.

Now in its record breaking 31st year, Cameron Mackintosh is delighted to announce cast changes for “LES MISÉRABLES” at the Queen’s Theatre.

David Langham’s most recent theatre credits include “Wendy & Peter Pan” for the Royal Shakespeare Company; “The Light Princess” at the National Theatre and the UK tours of “Oliver!” and “Spamalot.”  His TV and film credits include: “Doctor Who” and “The Phantom of the Opera”. 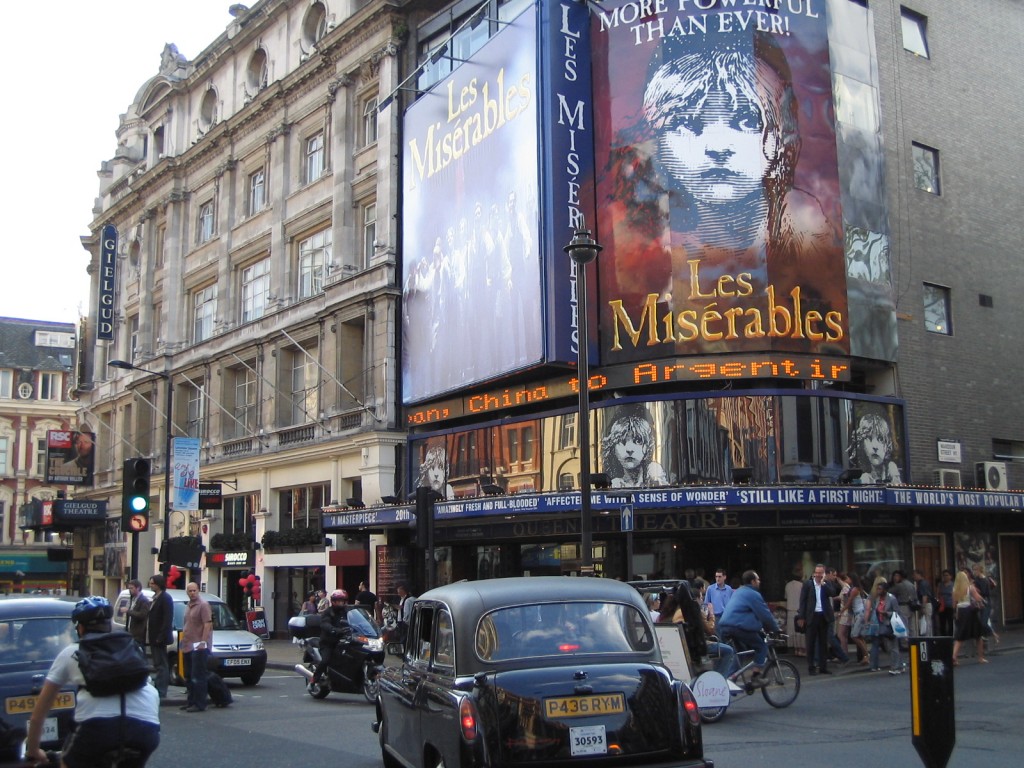 Chris Cowley most recently appeared in “The Last Five Years” at the New Wolsey Theatre, Ipswich. His other theatre credits include: “Wicked” at the Apollo Victoria Theatre and “Saturday Night Fever” at the English Theatre Frankfurt.

Jeremy Secomb most recently appeared in title role in the sold out “Sweeney Todd” at Harrington’s Pie and Mash Shop. His other theatre credits include: “The Phantom of the Opera” at Her Majesty’s Theatre, “Lend Me A Tenor” at the Gielgud Theatre and “Priscilla Queen of the Desert” at the Palace Theatre.

Craig Mather most recently appeared in “Sweeney Todd” at Harrington’s Pie Shop in the West End.  His other theatre credits include: the UK tour of “Tonight’s The Night” and “Les Misérables” at the Queen’s Theatre.

Rachelle Ann Go most recently played ‘Fantine’ in “Les Misérables” in Manila, where the new Asian tour opened. She returns to the London production to continue the role. Previously she played the role of ‘Gigi’ in Cameron Mackintosh’s new production of “Miss Saigon” at the Prince Edward Theatre for which she won the Whatsonstage Award for Best Supporting Actress in a Musical. She is a well-known TV star in her native country, the Philippines, having won the “Search for a Star” contest. Rachelle is also a double-platinum recording artist.

Eva Noblezada most recently wowed audiences as ‘Kim’ in Cameron Mackintosh’s new production of “Miss Saigon”, having made her professional stage debut in the role when the musical opened in 2014 at the Prince Edward Theatre. Eva will perform the role of ‘Kim’ when the show opens on Broadway in 2017. For her performance in the West End she has received critical acclaim as well as the Whatsonstage.com Award for Best Actress in a Musical.

Katy Secombe most recently appeared as ‘Brenda’ in “I Can’t Sing! The X Factor Musical” at the London Palladium. She previously played the role of ‘Madame Thénardier’ in “Les Misérables” in 2012 opposite Matt Lucas. Other theatre credits include: “The Lyons” at the Menier Chocolate Factory and ‘Rosie’ in “Mamma Mia!” at the Prince of Wales Theatre.

Zoë Doano most recently appeared as ‘Johanna’ in the sold out “Sweeney Todd” at Harrington’s Pie and Mash Shop. Her other theatre credits include: ‘Marianne’ in “The Grand Tour” at the Finborough Theatre; “High Society” UK Tour, “Sweet Smell of Success” at The Arcola Theatre, ‘Frenchy’ in “Grease” in the West End and “The Sound of Music” UK Tour.  Her TV credits include: “Hollyoaks” and “Doctors”.

Peter Lockyer and Eva Noblezada are appearing with the support of UK Equity incorporating the Variety Artistes’ Federation, pursuant to an exchange program between American Equity and UK Equity.

Matinees – Wednesdays and Saturdays at 2.30pm