The Bush Theatre has been awarded a grant by the Leverhulme Trust to offer nine year-long bursaries of £10,000 each to BAMER associate artists – three playwrights, three directors and three producers – over the course of three years. Applications for the bursaries are invited now.

The Bush Theatre’s new Project 2036 programme, with the support of the Leverhulme Trust, will offer a series of year-long £10,000 bursaries to Black, Asian, Minority Ethnic and Refugee (BAMER) artists, starting this year.

Census data suggests that by 2036 half of all young people in London will be of dual heritage. The Bush Theatre aims to create opportunities for this rich diversity of artists and redefine the canon of British theatre.

Every year, for three years, a BAMER playwright, director and producer will each receive a bursary of £10,000. As well as financial support, they will be assigned a mentor, and experience the day-to-day workings of a modern theatre. Under the guidance of their mentor, the producer will work as Assistant Producer on a Bush Theatre production on which the director will be Assistant Director. The playwright will be given time to write their own piece of work with extensive dramaturgical support. At the end of the three-month placement, the artists will be invited to programme, develop, produce and showcase their own mini-season in the Bush Theatre’s new Studio, financed by the Bush Theatre.

From 2010-2014, the Bush Theatre offered an Annual Associate Playwright position funded by the Leverhulme Trust. The final Leverhulme Playwright was Omar El Khairy whose placement ended in March 2014. 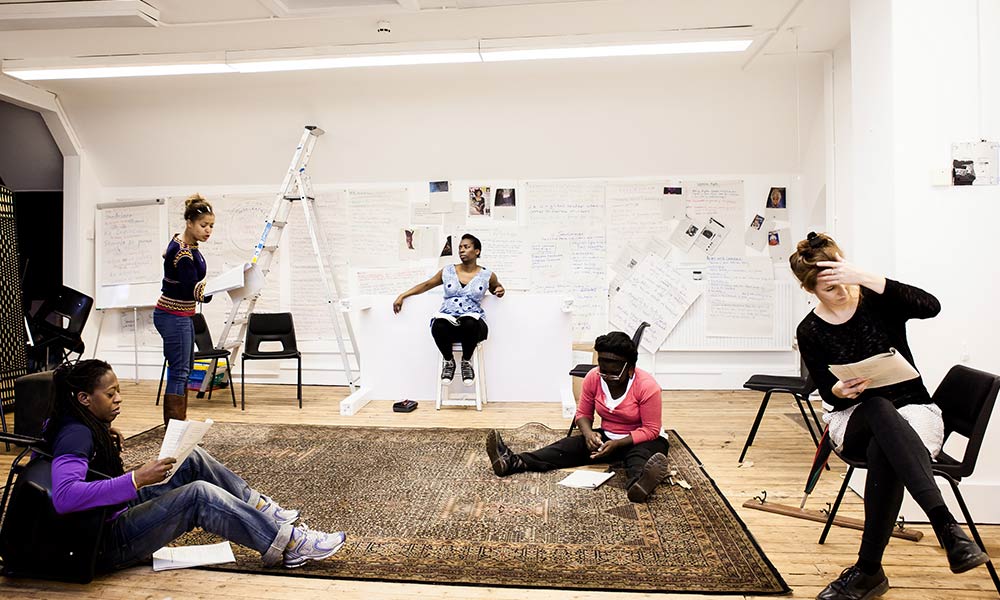 Entries can be submitted via the Bush Theatre website: bushtheatre.co.uk/project2036

Five candidates for each discipline will be selected to attend an interview with a panel including Madani Younis (Artistic Director). Successful candidates will be chosen based on their genuine interest in new writing, their potential as assessed in the interview and from the strength of their portfolio. The Bush Theatre will seek to place three creatives each year who can learn from one another and form a successful creative relationship during the course of their time working together at the Bush.

In 2016, as part of Madani Younis’ stated aim of creating a theatre that truly reflects the community in which it sits, the Bush Theatre is undergoing a major redevelopment of its building, creating a new second space, improved backstage facilities and a new front-of-house area, and making the whole building fully accessible and more sustainable. During the building works, the Bush Theatre’s programme is moving out into the local community, embracing the buildings and people of West London.

For more information on the Bush Theatre’s programme, visit www.bushtheatre.co.uk