Review of: Black Shuck at the Blackshaw Theatre

A fun filled hour of suspense, drama and would be smuggling, Blackshaw's Black Shuck is well worth watching.

We were greeted by a dark, murky scene; the ruins of a pier emerged through the mist and the sound of the sea was constant and threatening on a cold, secretive night. This was Blackshaw’s new dark comedy Black Shuck by writer Duncan Hands, premiering at The Bedford Pub in Balham as part of the Wandsworth Arts Fringe Festival. Ellie Pitkin, founder of Blackshaw Theatre six years ago, directed this two-hander set on the beach in a Norfolk coastal town as two unwitting smugglers await a night-time delivery of their latest haul. 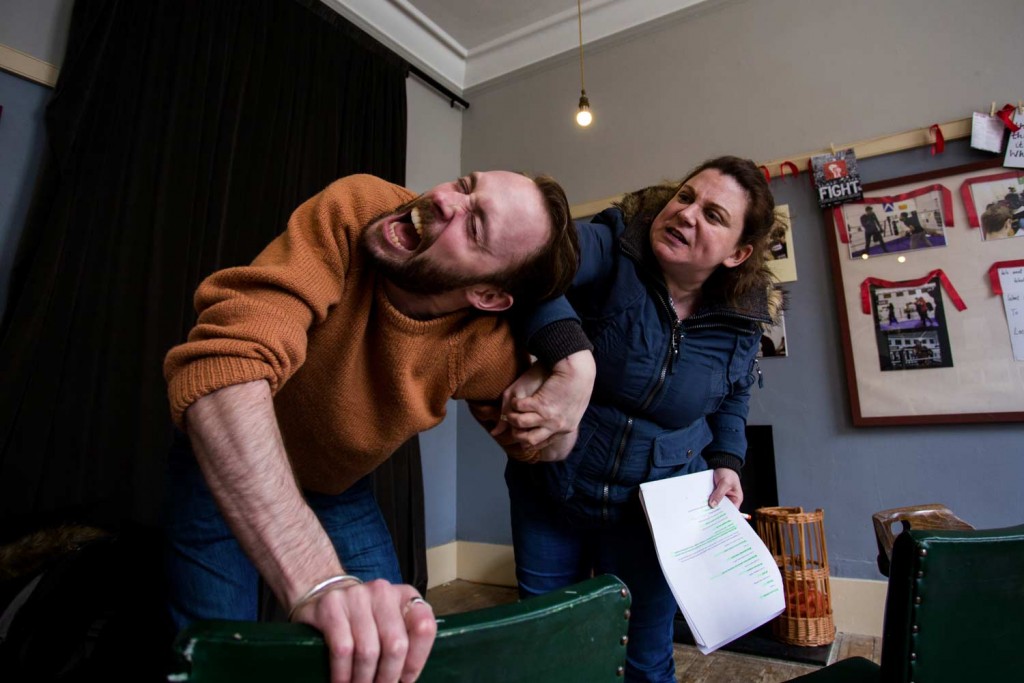 The set was kept simple, but clever lighting was used to show the movements of the moon and ships, and the gentle slapping of the sea throughout did an excellent job at transporting the audience to the cold seafront on a dark night.

The new writing by Duncan Hands, a fairly new playwright, who also voiced a fisherman, kept the audience hooked, veering away from overused conventions and encapsulating the offbeat relationship between our protagonists well. The ending did lack some emphasis, perhaps not being as hard-hitting as it should have. More poignant moments were too easily broken up and glossed over as hilarity continued to reign.

Rachel Nott and Alexander Pankhurst star as Martha and Art, an unlikely pairing which was engaging and dynamic to watch. Both thoroughly embraced the challenges of the text and with boundless energy and spirit although again the ending failed to ring entirely true with the audience.