Following the critically acclaimed, sell-out world premiere at The Old Red Lion in 2015, Arthur Miller’s first ever play, No Villain,will play for an extra two weeks, due to huge demand for tickets, when transfers to the West End on 14 June. It will play at Trafalgar Studios 2 until 9 July, with a press night on 20 June. Directed by Sean Turner, with design by Max Dorey, lighting design by Jack Weir and sound design by Richard Melkonian, the previously announced cast will include David Bromley as ‘Abe Simon’, Nesba Crenshaw as ‘Esther Simon’, Kenneth Jay as ‘Grandpa Barnett’, Stephen Omer as ‘Roth/Dawson/Man’, and George Turvey as ‘Ben Simon’. Alex Forsyth will join the company as ‘Arnie’ and Michael Lyle will join as ‘Frank’. Helen Coles will return to the company as ‘Maxine’. 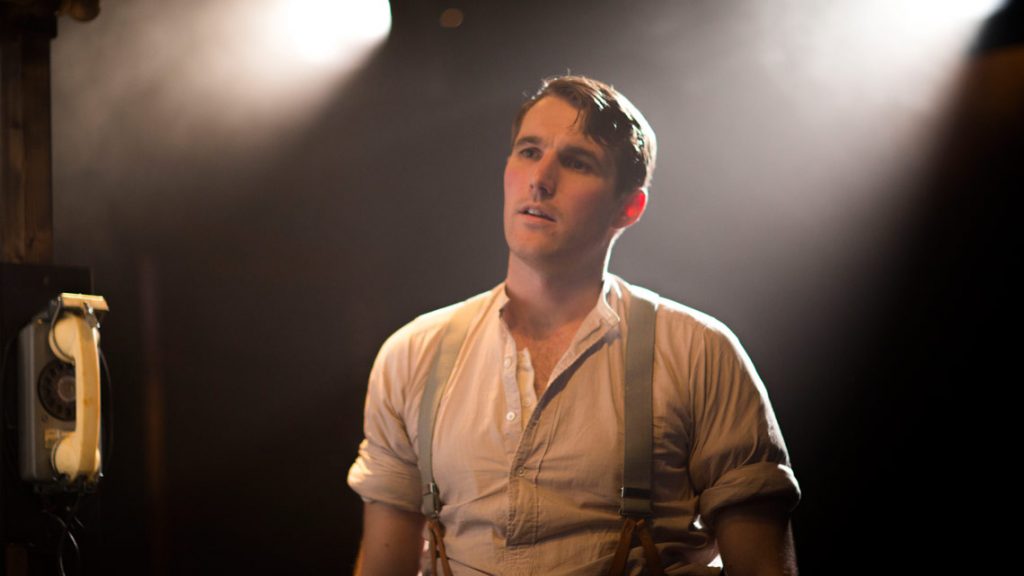 Over six days during spring break 1936 at the University of Michigan, a twenty year old college sophomore wrote his first play, No Villain. His aim was to win the prestigious Avery Hopwood award and, more importantly, the $250 prize he needed in order to return to college the following year. Miller won the award, and the subsequent one, but the play was never produced.

My first attempt at a play, rather inevitably, had been about industrial action and a father and his two sons, the most autobiographical dramatic work I would ever write.

No Villain tells the story of a garment industry strike that sets a son against his factory proprietor father. Here, Miller explores the Marxist theory that would see him hauled before the House Un-American Activities Committee years later.

This remarkable debut play gives us a tantalising glimpse of Miller’s early life, the seeding of his political values and the beginning of his extraordinary career.

Director Sean Turner said, “I am thrilled to be continuing my journey with this remarkable play in the West End, it’s been an absolute pleasure to make and see audiences respond to, I am delighted that many more will be able to discover Miller’s playwriting roots, the same way I did two years ago.”