Stephen Daldry’s multi award-winning production of JB Priestley’s An Inspector Calls makes its much-anticipated return to the West End this winter. This will mark the 70th anniversary of the first UK staging of the play and the 25th anniversary of its first appearance at the National Theatre. The revival is produced by PW Productions – the company behind The New Arts Theatre at Leicester Square.

Since 1992, Daldry’s production of An Inspector Calls has won a total of 19 major awards, including four Tony Awards and three Olivier Awards, and has played to more than 4 million theatergoers worldwide. An Inspector Calls is the most internationally-lauded production in the National Theatre’s history. JB Priestley’s brilliantly constructed masterpiece powerfully dramatises the dangers of casual capitalism’s cruelty, complacency and hypocrisy. 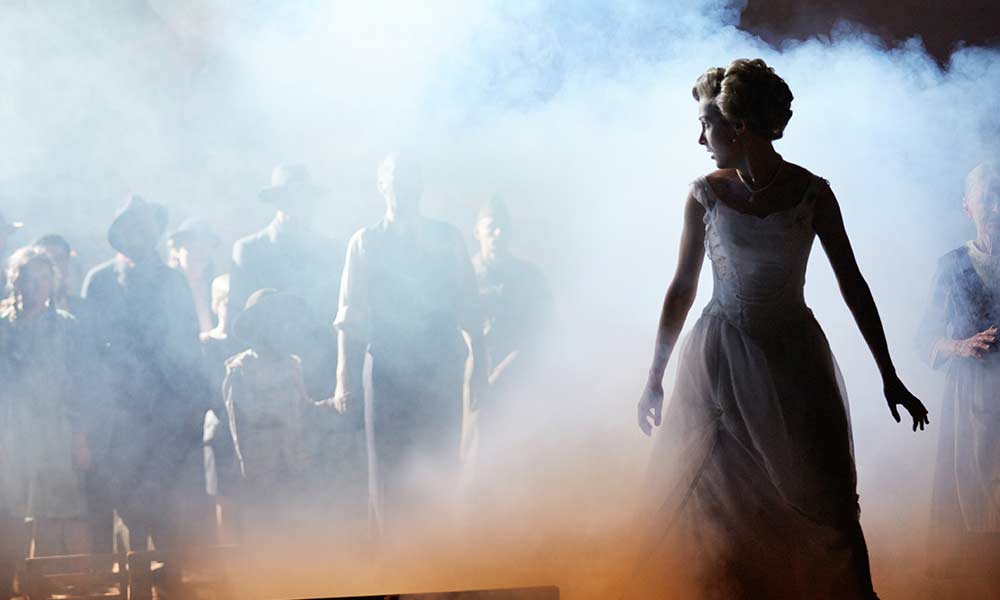 Stephen Daldry’s epic production highlights the play’s enduring relevance. Daldry comments: Each time we have mounted this production it seems more relevant than the last, with the refugee crisis, the European referendum debate and American elections, you can’t fail to see the genius of Priestley’s writing. When we created this production, Thatcher wanted the country to follow ‘Edwardian Values’, we set out to bring the production to audiences in a way that would talk directly to them, holding a mirror up to society and indeed the audience themselves. Whilst we believe we achieved that, it’s clear from our recent tour that there’s a younger media savvy generation who identify with Eva Smith more than the Birling family. Perhaps an indication of the growing void between wealth and poverty. When we performed at the Orchard theatre in Dartford last September, the world had just learned of the desperate tragedy of Aylan Kurdi, ‘One Eva Smith has gone-but there are millions and millions and millions of Eva Smiths and John Smiths still left with us, with their lives, their hopes and fears, their suffering and chance of happiness, all intertwined with our lives, and what we think and say and do…’.

Written at the end of the Second World War and set before the First, An Inspector Calls is a compelling and haunting thriller. The story begins when the mysterious Inspector Goole calls unexpectedly on the prosperous Birling family home. Their peaceful family dinner party is shattered by his investigations into the death of a young woman. Now world-renowned as one of Britain’s leading theatre and film directors, Stephen Daldry has received Academy Award nominations for his films The Reader, The Hours, Billy Elliot and Extremely Loud and Incredibly Close. His recent West End theatre work includes David Hare’s Skylight at the Wyndham’s Theatre and Peter Morgan’s The Audience at the Apollo Theatre. His multi award-winning production of Billy Elliot The Musical recently closed after 11 incredible years at the Victoria Palace and has now embarked on a national tour.

Featuring Ian MacNeil’s ingenious designs, music by Oscar-winning composer Stephen Warbeck (Shakespeare in Love) and atmospheric lighting by Rick Fisher, this landmark production is guaranteed to have old fans rushing back and new theatregoers being swept away into the mysterious world of Inspector Goole. Not only is it ever-green fresh but it dawns on you that no other revival in this dying decade has come close to matching its breathtaking daring and faultless execution (The Telegraph, 2009). PW Productions is among the West End’s most significant theatre producers who are soon to announce more details on their plans for The New Arts Theatre. The three generations of producers at the heart of the company will pool their experiences to ensure the venue will be at the forefront of the industry. The New Arts Theatre at Leicester Square will be all about quality, boldness, innovation and connectivity. This 400-seat theatre will present a very different type of building to the conventional West End theatres we know.