Produced by:
Can Ducks Fly Theatre

Alpha Delta 86 is a comedy that's both hilarious and poignant.

Alpha Delta 86 is exceedingly fun from start to finish. It will have you immersed in the hilarious world of spy-clowns (to be seen to be believed) and captivated by the hysterical yet loveable characters created by the two talented performers. I saw the opening night of Alpha Delta 86 in the Almazen Barcelona, as soon as I walked in the place was buzzing with the feeling that you can only get on the opening night of an exciting new company. I have seen previous performances by Can Ducks Fly in 2014 and was curious to see their latest creation.

The show opens on a dramatic note with spy gadgets searching for something on stage, their torches beaming around the space to dramatic music that had a filmic quality – evocative of a dark distopian future. Then we open up on our two protagonists, in large blue overalls, ready for the days work ahead. 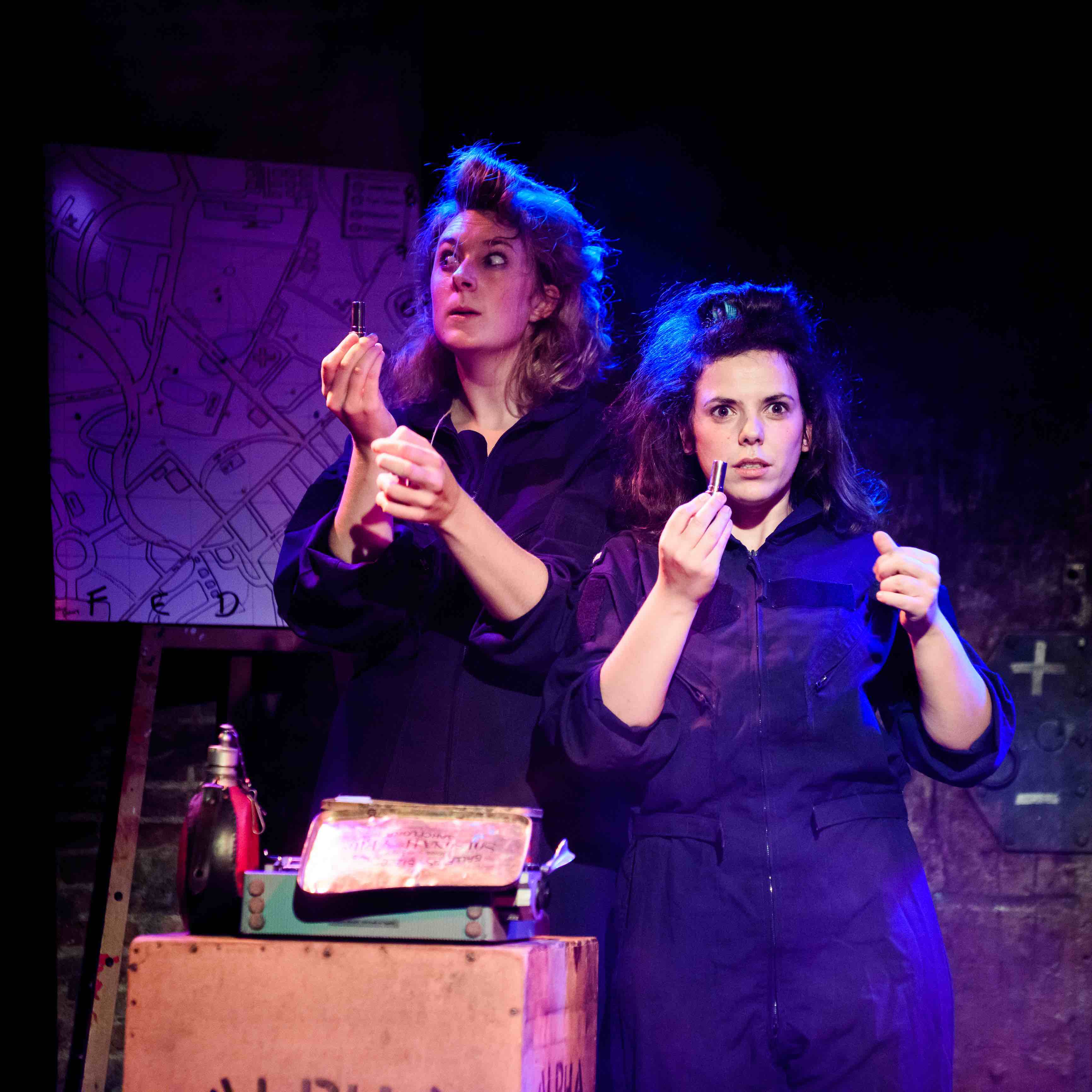 The show starts off with the two survailance officers going through their routine: tapping into phone calls in a variety of languages and pin pointing the co-ordinates of each caller on a large map. It is a clear reference to our Orwellian surveillance culture, reminding us of the fact that in the technological world that we live in we are constantly being spied on, from our phones, to google to indeed the journalistic scandals that have hit the papers in recent times.

But as the show progresses we see that our two anti-heroes are more interested in tea breaks than working hard. It has echoes of Hannah Arendt’s  banality of evil – that most terrible acts of human oppression aren’t committed by evil tyrants but by normal, everyday people. Every day people who would rather take time out for biscuits before carrying on with their dull routine.

In an utterly hilarious moment of dark comedy they end up searching for dissidents in amongst the audience. They took an unsuspecting participant and brought him on stage  and ‘listened’ to him wth a radio device. I am not sure what they were searching for, but either way he was found to be guilty of love and was sentenced to quarantine.

The show carries on getting more and more off the wall as the two clowns spend more time amusing themselves (and the audience) rather than doing their job. The further they stray form their appointed tax the more often the red phone rings and the boss tells them off. Alpha Delta finishes on a twist, like all good clown shows should.

It is a joy to watch. These two young clowns have a wonderful rapport both with each other and with their audience, feeding off the energy in the room and improvising with what happens. The joy Kiva Murphy and  Filipa Mendes have performing together is evident – this is truly a show not to be missed.

Alpha Delta 86 will be starting their worldtour in Ottawa festival on the 13th of June, followed up by performing in Toronto festival and several dates in New York City. You can book your tickets from www.fringetoronto.com or click www.canducksfly.com for more info.