With 315 hours of rehearsals now complete; 68 tonnes of scenery hung at the Prince Edward Theatre; and 337 custom-designed, hand-made costumes created from over 1,225 varieties of fabric, adorned with millions of Swarovski crystals, Disney’s new musical Aladdin will begin previews in the West End tonight.

Ahead of the very first performance in the UK, Disney Theatrical Productions has announced that Aladdin has extended its booking period into 2017. Tickets for the spectacular production are now on sale for performances up to and including 11 February 2017. Aladdin’s official opening night will be on Wednesday 15 June. For further details please visit www.aladdinthemusical.co.uk

Dean John-Wilson plays the role of Aladdin alongside Jade Ewen as Jasmine in the new musical based on the classic Academy Award®-winning animated film. Broadway cast member Trevor Dion Nicholas makes his London stage debut as Genie and is joined by Don Gallagher as Jafar, Peter Howe as Iago, Irvine Iqbal as the Sultan, Nathan Amzi as Babkak,Stephen Rahman-Hughes as Kassim and Rachid Sabitri as Omar. 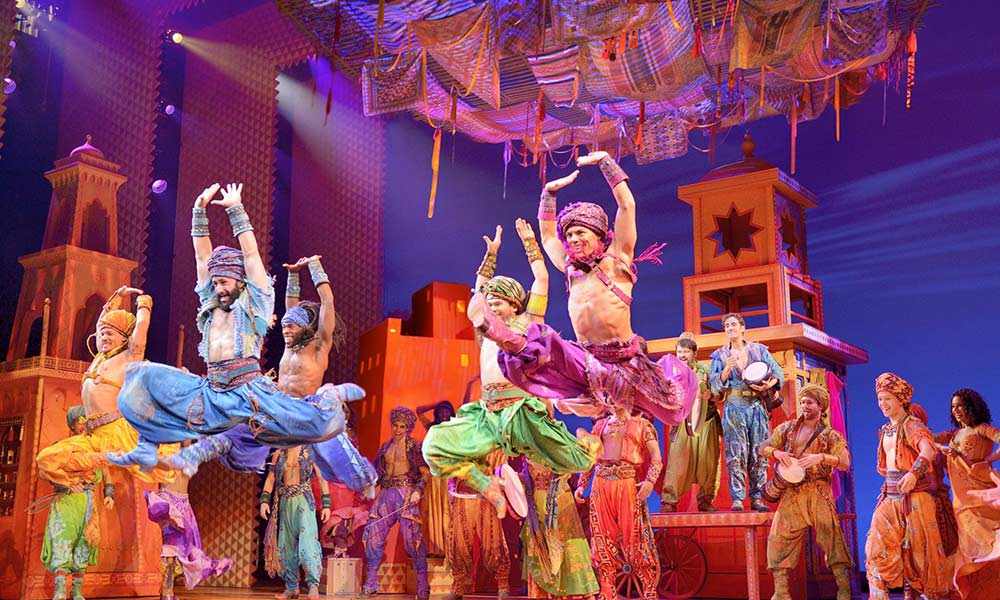 Now in its third record-breaking year on Broadway at the New Amsterdam Theatre, where it has been seen by more than 1.5 million people, Aladdin’s global presence has grown to four productions on three continents. It opened at Tokyo’s Dentsu Shiki Theatre Umi in May 2015 and had its European premiere in December 2015 at the Stage Theatre Neue Flora, Hamburg. Aladdin will open in Sydney, Australia in August 2016.

Previous Disney stage productions in London have included Shakespeare in Love and the Olivier-winning productions ofBeauty and the Beast, Mary Poppins and The Lion King, which is now playing its 17th year in the West End.