Review of: A View from Islington North at the Arts Theatre

Produced by:
Out of Joint Theatre

A View from Islington North at the Arts Theatre was an entirely orthodox attempt at satire, in a world where orthodoxy just can't capture attention.

On my way to the Arts Theatre to watch A View from Islington North (a new assortment of five short plays, produced by some of Britain’s finest satirical writers including David Hare, Caryl Churchill and Mark Ravenhill), I was startled to notice I’d walked past Paul Higgins, more notably remembered as press officer Jamie McDonald in The Thick of It.  It was a strange incident, seeing one of the more memorable stars of one of Britain’s best political satires before arriving at a show dedicated to that most noble art. The quick incident was to be more significant than I realised at the time.

Satire is a vital weapon against the political establishment (as noted in Marianka Swain’s article provided in the performance’s reading material) but is also one that must adapt with the times. This is a period of social media, of YouTube, when politicians and notable figures can be skewered in a matter of minutes. A single video from CasetteBoy has the potential to have a far more significant impact than a piece of theatre, and theatre has to evolve to face these changing circumstances. Stage writers have to fight to be heard amidst the deluge of voices, and unfortunately a number of the playlets involved in the show fell slightly short – Stella Feehily and Alistair Beaton’s contributions in particular saw the same opinions provided on alternative sides of the Commons houses, of Machiavellian scheming and wheels of fortune careening across politician’s desks. The shows sometimes got laughs, yet never left any lingering sentiments. The beats and notes have all been heard before (a glaring similarity would be Stephen Thompson’s Whipping It Up), and never seemed to accomplish anything groundbreaking. 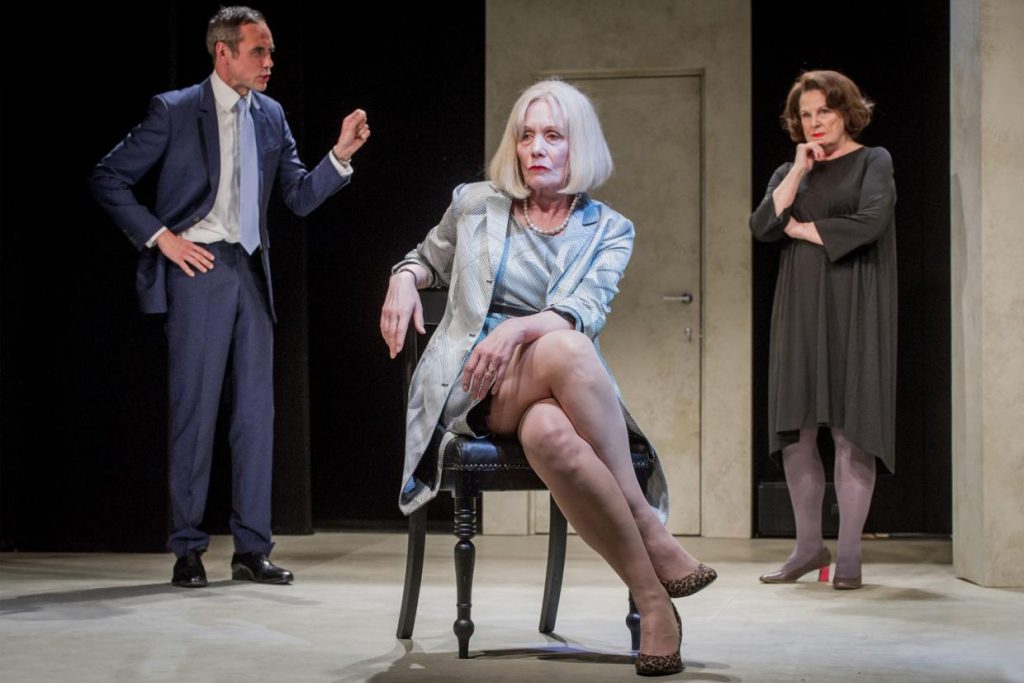 The real successes came with David Hare and Caryl Churchill – Churchill eschewing the high political setting and moving the issues to the domestic scene – providing a welcome relief in the process. Hare’s Ayn Rand Takes A Stand was the performance that really lifted the night, delving into a hypothetical scenario of a meeting between Ayn Rand, Gideon (George) Osborne and Theresa May – laced with humor and philosophical musing (what more could you want from a show?). Ann Mitchell’s Rand was also a marvelous concoction, and Mitchell herself readily embraced the notion of caricature for the sake of maintaining the radical views of the titular role.

Max Stafford-Clark is certainly capable of bringing humor out of his actors, all of whom provide the typically lighthearted yet breezy performances throughout the five excerpts. Nevertheless, it felt that A View from Islington North was an entirely orthodox attempt at satire, in a world where orthodoxy just can’t capture attention. As my chance crossing with Paul Higgins reminded me, only innovation can make satire truly exciting – something that shows like The Thick of It managed to accomplish. Out of Joint should well listen to these new innovations going forward – perhaps something from younger voices, say, those being affected by the junior doctor’s strike or the retrospective changes to student loans.