Review of: A Subject of Scandal and Concern at the Finborough Theatre

John Osborne, during his lifetime, was a fundamental radical, and this is something that must always be remembered when watching A Subject of Scandal and Concern

John Osborne’s A Subject of Scandal and Concern was first debuted not on stage but as a 1960 screenplay, starring Richard Burton and Rachel Roberts. In spite of sporadic stage adaptation, it has been lying somewhat dormant over the last 50 years (having not been adapted in almost 40), eschewed in favour of Osborne’s more famous works including The Entertainer or Look Back in Anger. In retrospect, it is easy to see why – the play deals with issues of atheism and socialism that, once vibrant, now no longer have the same pertinence and impact they once did.

As such, Proud Haddock had a difficult task ahead of them in giving A Subject of Scandal and Concern the vibrancy and impact that it needed to be successful. The premise is punchy – an 1840s socialist (the word Chartist is name dropped at one stage yet never repeated) makes what, in a nineteenth century context, is deemed a wholly inflammatory remark regarding the existence and reputation of the Almighty, leading to the titular subject of scandal. What follows is a significant legal battle, a spell in jail and a conclusion for the story (albeit a perhaps indecisive one) that seals the hour-long performance with an unsettling lack of thesis and ending. 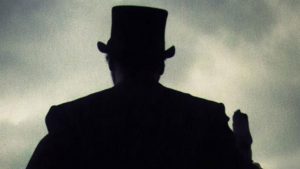 Osborne died in 1994, witnessing, perhaps, the rise of widespread atheism and agnosticism across Britain in conjunction with the gradual decline in vocal and politically central notions of socialism. His play, therefore, seems almost to exist as a historical artefact – tied within itself to issues that have simply lost a great deal of their bite, and as a result the play often came across as slightly toothless. It was a sad reality to see the play constrained by its context, but this may have, perhaps, been remedied by an attempt by the production not to conform to the orthodox setting – nineteenth century clothing was instead worn by all and a keenly felt patriarchal dominance ran throughout. 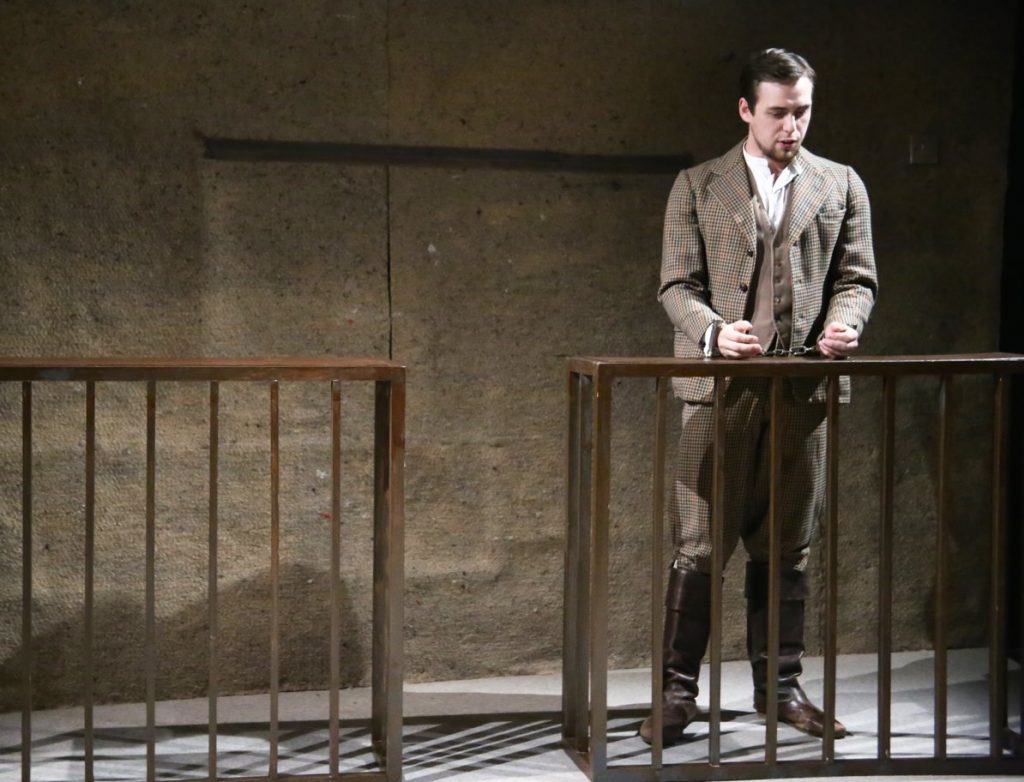 This was altogether a shame, given how marvellously constructed a number of elements of the show were. The set design, formed from a number of anonymous wooden structures, were whirled around and re-formed between scenes with an entrancing ease, giving the show a much needed fluidity. Such inventiveness could well have been extended to other aspects of the design, but was an exciting visual experience all the same. So too did the actors, some of whom having to portray four or five different parts, acquit themselves magnificently – particularly Jamie Muscato in the lead role of Mr Holyoake. Without his consistent and exhaustive commitment to the central part the play simply could not have functioned – it needed his unceasing skepticism to exist with any form of integrity.

Osborne, during his lifetime, was a fundamental radical, and this is something that must always be remembered when watching A Subject of Scandal and Concern. This fresh adaptation can be lauded for bringing a nuanced and enticing script back into the fold, and reinforcing a genealogy of British theatre that is often overlooked. The show has, perhaps, lost some of its weight in the passage of the decades, but it is an intriguing experience nevertheless.

You can find out more about the show here.