Review of: The Dark Room at the Udderbelly Festival

The Dark Room is certainly a fun hour of comedy, and at smaller or more intimate venues would be a critically acclaimed experience

The Dark Room, now almost reaching a decade in age, bills itself as the world’s only live-action video game – the evening essentially a chance to play John Robertson’s eccentric and unpredictable word-based ‘adventure’ (also available to try for yourselves on YouTube). In terms of conceptual foundations this is certainly an exciting one, and made for a fresh hour of comedy at the ongoing Udderbelly Festival on the Southbank. Yet amidst all of the show’s successes, the choice of venue was a strikingly unhelpful one, inhibiting the ghoulish terror and audience solidarity so vital for shows of this variety.

‘You awake to find yourself in a Dark Room!’ the audience bellow, as a single member of the crowd is selected to play the game and choose from the various options on the projected screen. We as a collective body then follow their choices, laughing at their failures and screaming ‘Ye Die!’ as they inevitably fail in escaping from the titular space. 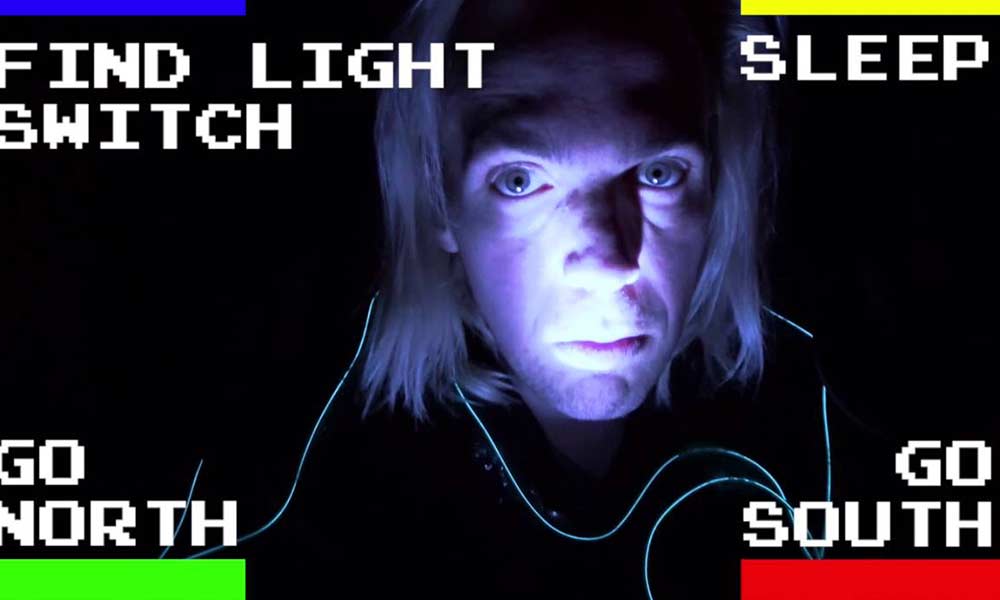 The Dark Room has cut its teeth at various Fringe festivals across the globe, and seems to rub shoulders with the likes of the Red or Magnificent Bastard(s) of the comedy circuit. Audience participation and collaboration is are an essential factor in the overall success of the show – meaning that performances can either reach elevated forms of hilarity or never feel wholly satisfying. Unfortunately for the Udderbelly, given the vast capacity the audience never felt the form of solidarity and camaraderie – in fact some of the heckles and calls from the back actually detracted and undermined the show. Some of those picked to play also upset some of the rhythm of the performance by spending far too long making seemingly arbitrary decisions – a frustrating albeit uncontrollable factor in the overall hour-long proceeding.

Robertson is certainly a capable entertainer, responding with aplomb to even the most rigid of players. His jokes certainly had more hits than misses, and the show ticked over with relative ease from start to finish. There was clearly a slickly rehearsed procedure to these events – every single audience decision met with a witty barb without a second’s pause. Even some of his improvised material (especially regarding The Sound of Music or Enid Blyton) got roars of satisfaction.

The problem with the show therefore lay in the context of the performance – the huge upside down cow felt somewhat oppressive and empty, thereby preventing the audience solidarity so intrinsic to the show’s success. A smaller stage and greater immediacy would have certainly heightened Robertson’s imposing presence, which felt somewhat lost in front of such a large audience. Even a later timeslot, when audiences were suitably merry and jovial, could have been effective. Only as the lights came up and meat was distributed to unwitting targets did the show seem to reach a satisfying level of collaboration

The Dark Room is certainly a fun hour of comedy, and at smaller or more intimate venues would be a critically acclaimed experience. But on the Southbank it felt somewhat uncomfortably transposed,  and this dampened the wonderfully niche and original concept.