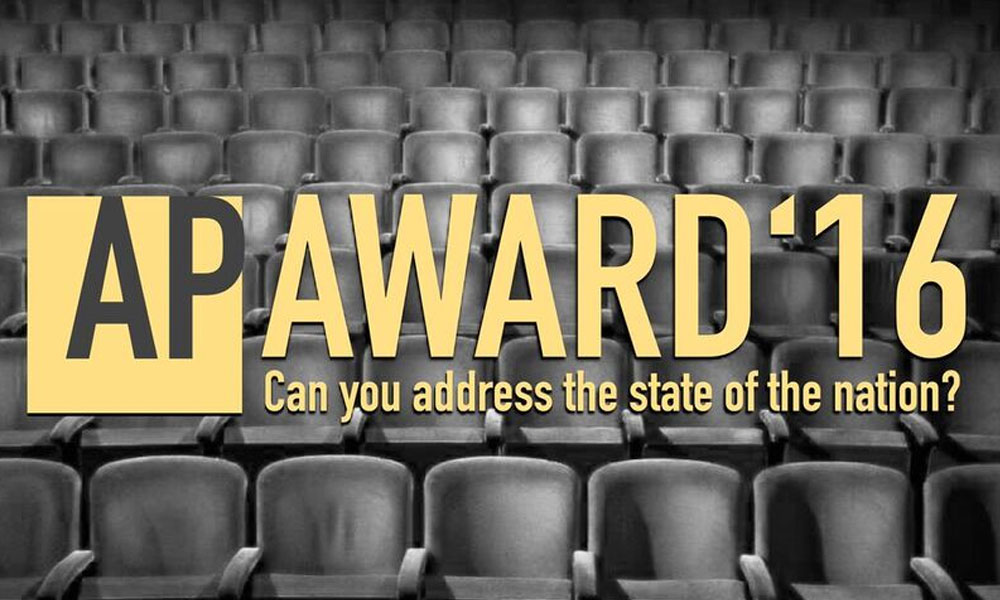 The Adrian Pagan award is back for a third year. Think you’ve got what it takes to address the state of the nation? The King’s Head are looking for the brightest directors, producers and creative teams to pitch plays that capture the zeitgeist in an exciting, thought-provoking and entertaining way. Beyond that, anything goes – new writing, revivals and musicals will all be held in equal regard. Be as innovative and creative as you like; the only limit is your imagination. The winning company will receive a full King’s Head production budget to produce their show at the historic Upper Street venue.

Artistic Director of the King’s Head Theatre, Adam Spreadbury-Maher, comments each year we get more ambitious with the Adrian Pagan award and, after two very successful playwriting competitions, I’m delighted that we’re opening it up to producers and directors for the first time.

Applications open on Monday 11th April. To enter, please download an application from the King’s Head website and return to adrianpagan@kingsheadtheatre.com by 6pm on Sunday 31st July. Shortlisted entrants will be invited to pitch to a panel of experienced industry professionals in September.

Adrian Pagan was a stage manager for ten years before his first play, The Backroom, won the Verity Bargate award and was produced by the Bush Theatre. The award was set up following his tragic death at the age of 39. The first winner of the 2014 award was Thomas Pickles’ Dead Party Animals. The second winner, in 2015, was Kate Lock’s Russian Dolls which is currently playing at the King’s Head (5 th – 23rd April 2016).

This wise and witty new drama celebrates cross-generational relationships and lays bare the extraordinary virtue of self-determination. The judging panel selected Russian Dolls from over 300 entries.

Kate comments, winning the Adrian Pagan was a huge honour. It’s be a delight to work with the team at the King’s Head and to see this play, which is very close to my heart, realised. I would urge anyone thinking of applying this year to take the plunge!