Planning permission has been granted to Shakespeare North for a proposed new £19m theatre and education hub, to be built in Knowsley, North West England. The 350-seat Shakespeare North will be the core of a new International University College, the first of its kind focusing upon Shakespearean performance practice.

In March this year, George Osborne, Chancellor of the Exchequer, announced a pledge of £5m to support Shakespeare North’s proposal. The Chancellor’s announcement followed a commitment from Knowsley Council which has contributed £6m to the project, along with providing the building that will be converted into student accommodation and the land on which the theatre and college will be built.

With planning permission granted, Shakespeare North will continue fundraising ahead of building work, expected to commence in Autumn 2016. The Playhouse will be built to designs drawn in 1629 by Inigo Jones, the greatest English architect and theatre designer of his day. Helm Architecture has taken the archive designs and faithfully replicated Inigo Jones’ original vision. The Shakespeare North Playhouse will be the only replica of this indoor Jacobean Court Theatre in the world.

The support and patronage of the Earls of Derby at Knowsley Hall played a notable part in the development of Shakespearean drama. The summer seasons at Knowsley allowed Lord Strange’s Men, later part of Shakespeare’s own company at the Globe, to hone and perfect their acting craft. The Playhouse in Knowsley was the only purpose-built indoor playhouse outside London, allowing the people of the region to enjoy Elizabethan drama. 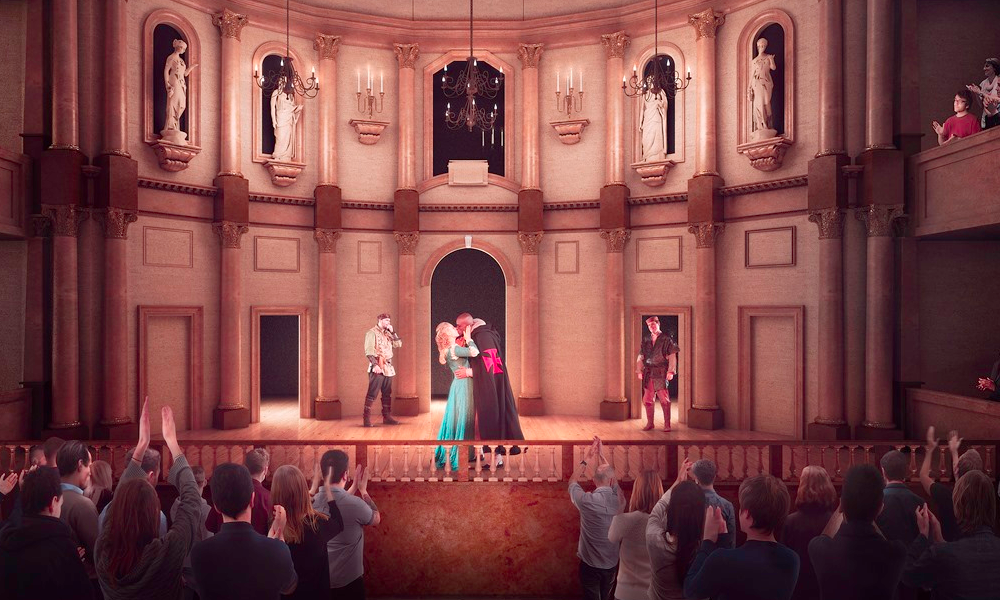 Peter Scott, Chair of Trustees, Shakespeare North Trust, said, “The creation of an historic theatre and a unique university college in Shakespeare North will commemorate the deep connection between our greatest cultural icon and an area of the country, Knowsley, that played an important role in forging his career. Shakespeare North aims to make Knowsley once again a place where actors, writers, students and young people will be able to study and practice the plays of Shakespeare.”

The Shakespeare North Playhouse will be built to designs drawn in 1629 by Inigo Jones, the greatest English architect and theatre designer of his day. Jones created a theatre in Whitehall called The Cockpit for the Court of King James 1. He named his theatre after the pit, used for cock fighting which had originally stood on the site and which inspired him to design the perfect stage on which to present the plays of his time, the most celebrated of which were Shakespeare’s. The designs for this theatre still survive and our architect Dr Nick Helm has used the archive to faithfully replicate the Inigo Jones vision. The Playhouse will be the only replica of this indoor Jacobean Court Theatre in the world. By a quirk of history the Shakespeare North Playhouse will also be built on the site of an Elizabethan cockpit.

Thanks to the unique talents of our range of consultants we have a design that combines an iconic modern exterior with an interior rooted in the past.