“You’ll be engulfed by images –a captive, but also a creator. It’s amazing what exciting things happen on both sides of the curtain.”

Bloomberg Summer at the Roundhouse, the annual season dedicated to introducing new audiences to innovative culture, returns for its fifth consecutive year this summer with Curtain Call by internationally renowned artist, architect and designer Ron Arad. After receiving critical acclaim for the piece in 2011, Arad will reinvent the curtain experience by inviting brand new collaborators to work with him on the 360° immersive installation, alongside returning artists from 2011. Supported by Bloomberg Philanthropies, the work will be showcased at the Roundhouse from 6 – 29 August 2016 as part of the iconic London venue’s 50th anniversary celebrations.

Curtain Call will provide a canvas for films, live performance and audience interaction. Created by Arad in 2011 as a response to the Roundhouse’s dramatic main space, the work is made of 5,600 silicon rods suspended from an 18 metre diameter ring. This summer, Arad will again invite artists, musicians and friends to create unique work for the installation. New artists for 2016 include: Kutiman, Marshmallow Laser Feast and Universal Everything.Returning from 2011 will be: Babis Alexiadis; Mat Colishaw; Ori Gersht; Greenaway & Greenaway; Gabriel & Shira Klasmer; Christian Marclay; Javier Mariscal; SDNA and David Shrigley.

Ron Arad said of Curtain Call: “Walk in, penetrate, cross the moving images to get inside the cylinder. You’ll be engulfed by images –a captive, but also a creator. It’s amazing what exciting things happen on both sides of the curtain.”

Alongside Curtain Call, the Roundhouse will present a series of live music events running as lates in tandem with the installation. With more acts still to be announced, Bloomberg Summer at the Roundhouse will present the return of the BBC Proms to the Roundhouse with music by British composer David Sawyer, critically-acclaimed, Mercury Music Prize nominated Eska, blending folk, choral, soul, electronica and psychedelia, Ivor Novello nominated DJ and musician Matthew Herbert brings ‘Matthew Herbert presents NUDE’ with support from Lail Arad, electronic-music iconoclast Dan Deacon and the London Contemporary Orchestra which will feature world premieres of two new commissions by composers Mica Levi and CHAINES. The BBC Proms concert will go on-sale on 24 June.

In 2016 the Roundhouse celebrates 50 years since opening as a groundbreaking arts venue and 10 years of using the arts to transform the lives of young people with its state-of-the-art creative centre. 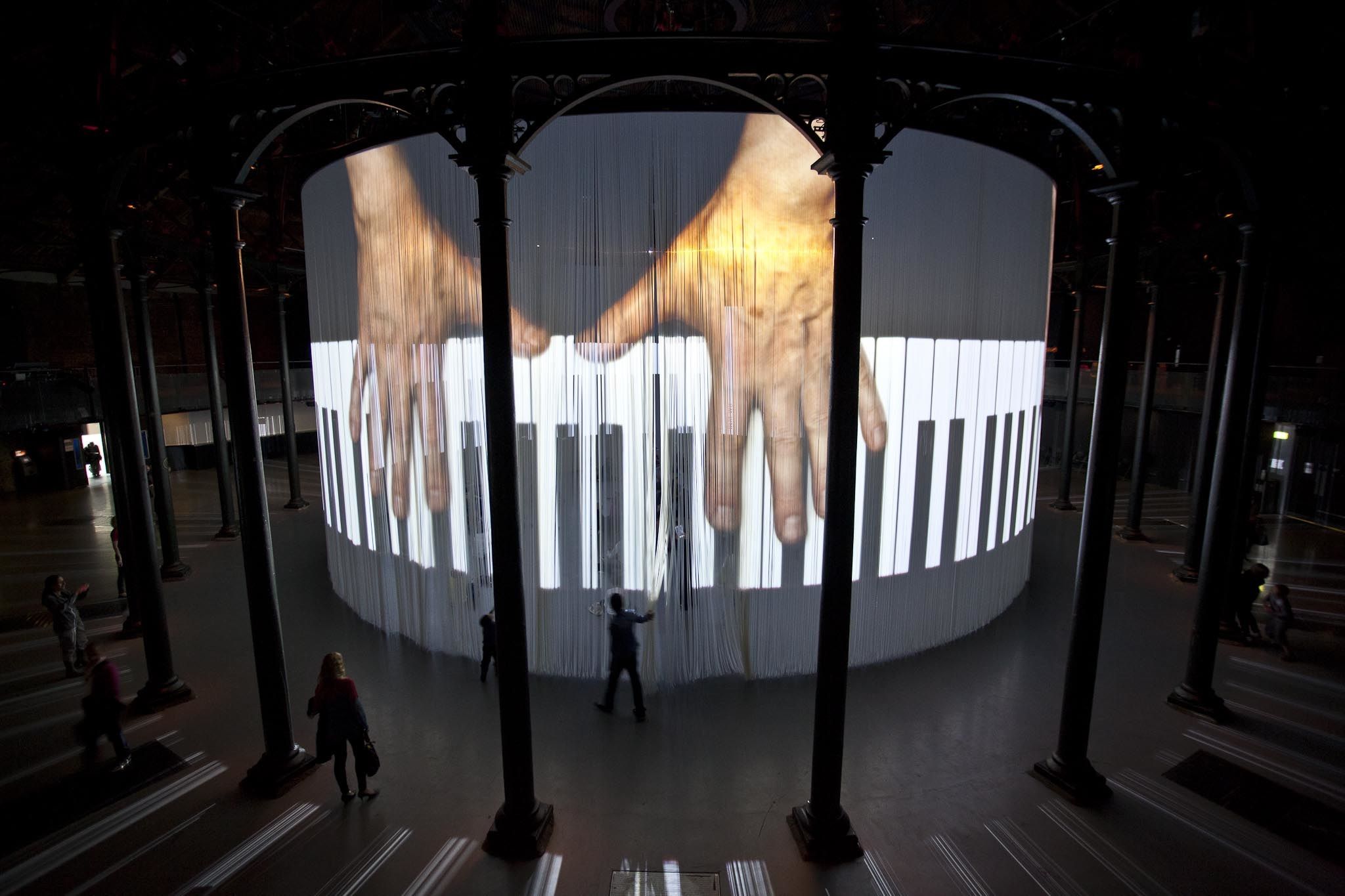 Marcus Davey, Roundhouse Artistic Director and Chief Executive said: “2016 is a landmark year for the Roundhouse, so it feels fitting to be bringing back Ron Arad’s iconic and much-loved installation as part of our anniversary celebrations. We are thrilled to be presenting acclaimed artists from the worlds of art and music throughout the month of August once again as part of Bloomberg Summer at the Roundhouse.”

Bloomberg Philanthropies has supported the Roundhouse since 2003, including Ron Arad’s original Curtain Call in 2011. The long-term partnership builds on a shared commitment to supporting artistic innovation, ground breaking technologies and access for new audiences in the arts. In addition to Bloomberg Summers and various artistic collaborations, Bloomberg’s support provides a vocational skills-based training programme in broadcasting for young people who are not in employment, education or training. This year, trainees from the Bloomberg Broadcast Programme will have the chance to directly participate and have their work showcased at Curtain Call. In this way, Bloomberg enables new talent in the broadcast sector to connect with the leading practitioners who are active in the arts world today.