Review of: Punching the Sky

A few obvious choices did not detract much from the power of this Punching the Sky performance.

Lizi Patch’s Punching the Sky is the latest battle in a war that Lizi has been fighting consistently for several years. Back in 2013, Lizi found out that her then thirteen-year-old son had watched hardcore pornography – he’d been told by a friend that the video was ‘funny’. Lizi turned to the internet to find advice from mothers who’d experienced similar problems, and what she found instead was an empty space. Nobody was talking about it. Since then, Lizi has been fighting to bring this matter to public attention, not in a preachy David-Cameron-Let’s-Ban-Fisting kind of way, but more in a ‘This is happening, let’s talk about it’ kind of way. Punching the Sky sets out to do just that: talk about it.

The acting was largely amateurish, particularly on the part of Lizi herself. Rather than standing on stage and delivering an hour of truth as actors strive to, Lizi stood on stage for an hour and Acted, resting on all the right words and moving her hands in all the right ways. It felt like acting by numbers, and though it checked all the boxes and it carried the play fluidly, there was no point at which I didn’t feel as though I was being acted at. The directing was similar. The choices made were largely the obvious ones, with Lizi’s two supporting actors taking on various roles, interrupting her and offering some comic relief at all the times and in all the ways a theatre-goer might expect them to.

However, none of this criticism prevented the play from being a successful production. While many of these flaws would be enough to crush a traditional play, Punching the Sky serves a different purpose than familiar storytelling. Its flaws do not offer a significant barrier to this purpose, and by contrast, when this play shines, it really shines. After all, Lizi wasn’t playing the role of someone else, she was telling her own story, and though she was telling it in a way that felt pre-rehearsed and at times unnatural, the story, and the emotions, were her own, and much of the material was unavoidably personal. The narrative was well-formed; though its delivery felt at times contrived, the flow of the play from one phase to another was entirely organic. At one point, Lizi mentions a time when she was ‘searching for information to help write this play.’ This insertion didn’t prompt the eye-roll that you might expect from a play desperately trying to be ‘meta’. It felt like an unashamed admission. Yes, this is a play, and yes, I’m performing it. It felt natural. Similarly, Emily Dawson’s stints as Lizi’s son Arthur were pitched perfectly, powerful by virtue of their understatement. The same could not always be said of Rob Ward, but it’s difficult to focus on understatement when you’re playing the entire internet, so I’ll let him off the hook. 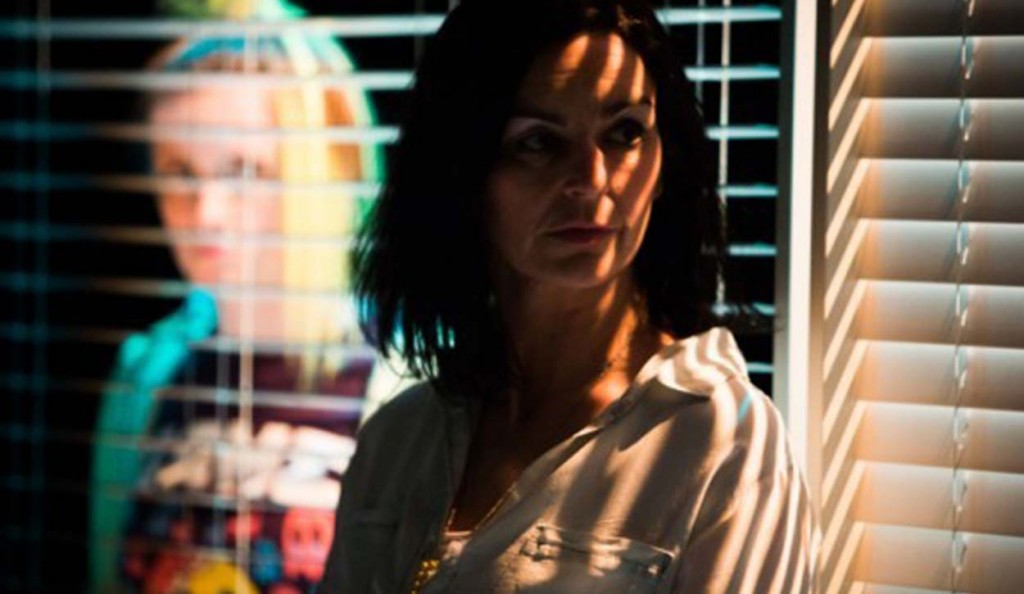 One of this production’s strongest features was its use of audio and video. The music, for the most part originally composed for the production, struck the right balance between having no impact and distracting from the play itself. It formed an effective backdrop, and it matched the tone of the play perfectly. The use of video was one of the most effective I’ve seen on the stage. Rather than subjecting us to that awful moment wherein the principle actor sits down and looks at a blank projector screen for a moment to tell us that a video is about to play, the recordings were integrated smoothly, subtly and effectively, and the animations themselves were utterly charming – even when dealing with the more difficult subject matter of the play. Much of the beginning of the play was dedicated to describing the childhood of Lizi’s son, Arthur. As the play asks: ‘If we don’t know him, how can we care?’ The animations coloured this journey, and when the time finally came for Arthur to stumble upon the pornography, the animations continued in the same style, highlighting the stark contrast between the child, still very much a child as he was, and the material he had discovered. Such was the eloquence of this contrast, and the skill by which it was implemented, that it needed no exposition, which is the highest praise that can be given to any form of storytelling.

The show’s greatest achievement, however, is its ending. Honestly, I spent the play waiting for Lizi to start preaching at me, to start telling me about the challenges she faced, the obstacles society built for her, and the heroism with which she overcame then, reinforcing how well made all her decisions were. Shame on me. Lizi told me her story, and right as it was about to peak, and I was sure that the moral of this tale was about to descend on heaven before me, the lights dropped, the audience clapped, the play ended. This, I think, was the greatest testament to Lizi’s clear skill as a writer: she knew exactly when to end. It was blunt, and it worked perfectly.