In Ones To Watch, we talk to the theatre companies on the brink of something big – the companies you might not have heard of yet, but you will.

The Outbound Project  is a theatre company formed of graduates from East 15’s BA Physical Theatre course. This year, their debut show The Mission was the recipient of the newly-created Les Enfants Terribles Partnership Award, in collaboration with Greenwich Theatre. As a result, The Mission will be performing at the Pleasance Courtyard for the duration of the Edinburgh Fringe Festival 2016. They are listed as part of the New Diorama Graduate Emerging Companies Programme 2016.

The Mission blends fast-paced physical storytelling with puppetry and inventive onstage use of light to follow one woman’s journey from part-time pint puller to interplanetary hero. The Outbound Project are currently raising funds for the Edinburgh production on Kickstarter – support their campaign here. 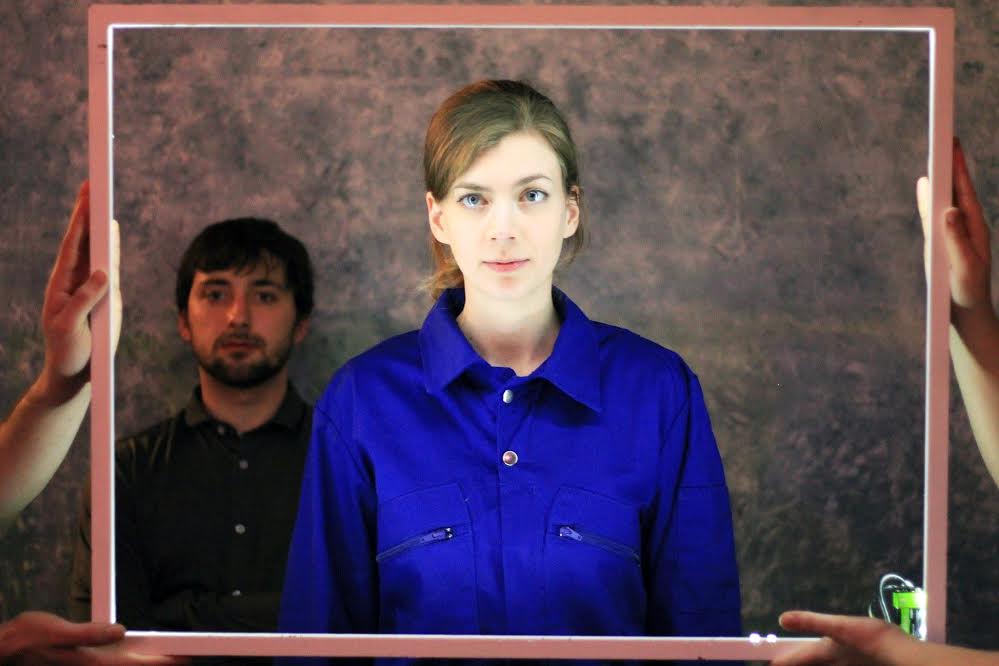 Theatre Bubble: Who are you and what are you up to at the moment?
Outbound Project: We are ‘The Outbound Project’, a theatre company creating physically driven work. Our shows are inspired by science; be it the stories of the people behind scientific discoveries, the discoveries themselves, our imagining of the future based on current breakthroughs and everything in-between. We are all graduates from East 15’s BA Physical Theatre course, a training programme with a heavy focus on devising and creating work.

Right now we are in rehearsals for our first show as a company, ‘The Mission’, a story set in the not too distant future. The show deals with interplanetary travel, colonisation of other planets and the human infatuation with space exploration. We have just had our first previews at ‘Theatre N16’ and will be performing at the ‘Pleasance Above’ for the entire duration of Edinburgh Fringe this year (come see us!).

TB: What in your opinion is the biggest challenge facing UK Theatre today? What would you like to change most about the UK Theatre Industry?
OP: One of the biggest challenges we face is that in this media-focused age people do not need to go far to enjoy epic stories. Of course, in a lot of ways, such as exposure through social media and researching projects, this is very useful. However, the high levels of accessibility can mean people don’t feel the need to go further afield to be told a story. The theatre is a completely different experience to watching television or going to the cinema. Enabling future generations to engage with theatre and recognise that it is something that has survived this long for good reason is a big part of our drive.

A thing we would very much like to change is the lack of focus put into the arts with regards to education and funding. The benefits of the arts are not always an easy thing to measure and therefore can be easily overlooked. With improved focus on arts in education and greater funding, we can ensure a future of creative people thinking outside the box – the next JK Rowling, Steve Jobs, DiCaprio etc – as well as encouraging a greater variety of audiences to see theatre. We do realise this is a long-term problem as opposed to an overnight fix.

TB: As a London based company, is the UK Theatre Industry still London-centric? What are the advantages and disadvantages of being based in London? Or am I full of rubbish and you’re actually based elsewhere?
OP: You’re not full of rubbish at all! However our company does contains members from Canada, Sweden, Bristol and even as far as Blackburn! That being said, there is of course from our perspective a lot of potential and opportunity in London which is why we work predominately in the Capital. But, there are some amazing regional theatres out there who are doing truly amazing work to which many of us owe a lot! I think it comes down to the individual. If you are keen to watch and find a specific type of work, chances are you can track it down and if not, have a go at making it yourself!

TB: What’s your advice for emerging theatre makers? Say if you were a graduate, with an idea for a show and potential collaborators – where next?
OP: We are a  company of just that to be honest. We all graduated a few years ago and only formed as a company early this year. We are aware of just how lucky we have been to find ourselves in our current position. So, with regard to advice (which we are still taking at lot of to be honest), it would have to be to believe entirely in your work and be prepared to work harder than you thought possible and then a bit harder again. It takes a lot of work to make a little bit of luck but if you really do want to tell stories in a way you find exciting, you should totally go for it!

…and don’t just take our word for that; talk to everyone, ask everyone for advice, keep checking in with yourselves and make sure whatever you do, you’re passionate about it.