Review of: My Mother Said I Never Should at the St James Theatre

Charlotte Keatley’s My Mother Said I Never Should was a groundbreaking piece of new writing when it debuted at the Royal Court in 1989.

Charlotte Keatley’s My Mother Said I Never Should was a groundbreaking piece of new writing when it debuted at the Royal Court in 1989. Witty, female-centric, it has since had over 40 professional (and likely many more amateur) revivals across the globe. Yet the world has changed somewhat in the last 27 years – Keatley has paved the way for the ‘bold young female playwrights’ – the Laura Wades, the Lucy Kirkwoods, Prebbles, of the present day. So bringing My Mother Said I Never Should at this time is a blissful, important reminder – female playwrights do not need to be ‘bold’ or controversial, to evoke subversive and refreshing theatre.

We should not let the symbolic triumph of My Mother Said I Never Should detract from the fact that this was first and foremost a fantastic piece of theatre. Keatley’s superb, subtly nuanced lines are played to full effect by a wonderfully adept cast – led, as the headlines will be telling the nation, by Maureen Lipman. This isn’t unjust – Lipman pulls off a tour-de-force performance as the oldest in generation game; Doris – each line and witty retort pulling waves of laughter from the audience. What’s clear about the performance is that Lipman is simply having fun (an oft missed quality in so much of London’s theatre) inhabiting such a superbly crafted role.

There are a lot of big players in My Mother Said, and rather than creating a stage freneticism, the whole show works with a fantastic agility and well-oiled smoothness. Multi-rolling was pulled off to great effect, as was the process of aging and de-aging. Here it was Katie Brayben and Caroline Farber that excelled – bringing believability and emotional punch to lives that spanned a number of decades. Serena Manteghi as the youngest of the quartet provided a frenetic energy and youthful exuberance to Rosie –brimming with idealism, she was the ideal foil for the more cynical elements of the script.

Given the sporadic jumps in temporal setting that Keatley neatly weaves into her script, there was always the possibility of losing some clarity though here easily remedied through an innovative set design from Signe Beckmann alongside video design from Timothy Bird – both working in tandem to place each scene in a very distinct context through the use of a half score television screens littered across the stage. 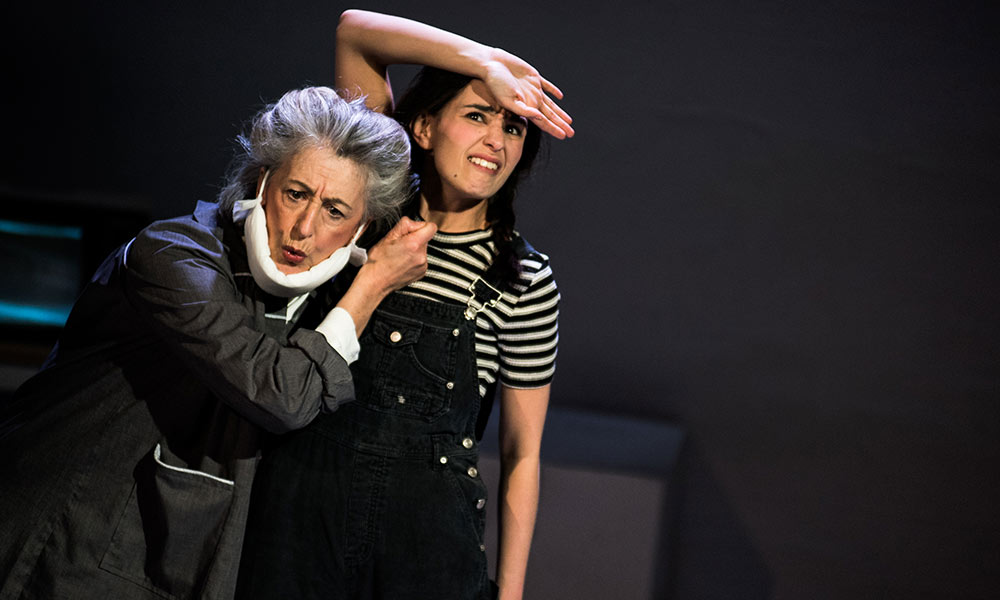 Director Paul Robinson layered My Mother Said with nuance and depth, lacing the narrative with physicality and movement (some of which incredibly (and praise-worthily) reminiscent of Carol Morley’s The Falling, released last year) when there was always the danger of the dialogue-heavy moments becoming overly static. If anything, this is overplayed too much, with the play finding itself unable to alight for too long and as a result never delivering some of the emotional weight it had been carrying. Yet this was only a small price to pay for such an enjoyable and fascinating performance. Tiny Fires may be a new theatre company, but they’ve already placed themselves firmly in an exciting and promising genealogy of British theatre.

One lasting thought stayed with me as I settled into my seat at the start of the show however (by way of epilogue to this review). Looking around myself I saw myself nestled in a line of five white, male critics, pens poised expectant, ready to watch and dissect Keatley’s show. Lyn Gardner’s comments on ‘dead, white, men’ in the critics’ seats felt, once again, painfully apt. 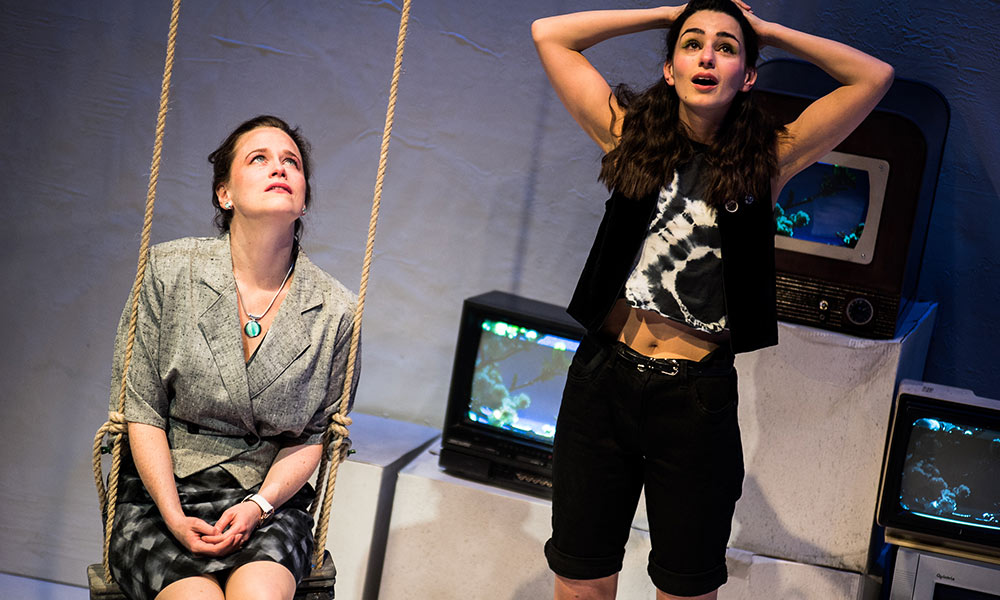 My Mother Said I Never Should will be playing at the St. James Theatre until the 21st May.