Darknet, a new play at the Southwark Playhouse this month, navigates the hyperlinked world of data transparency and the uncharted deep web, uncovering the things we share and the places we hide. The production has been developed over the past three years with input from academics, journalists and specialists working in technology, cybersecurity and online behaviour. Ahead of the show’s opening, Theatre Bubble caught up with writer Rose Lewenstein to talk about her process, and about using the theatrical form to explore the online world. 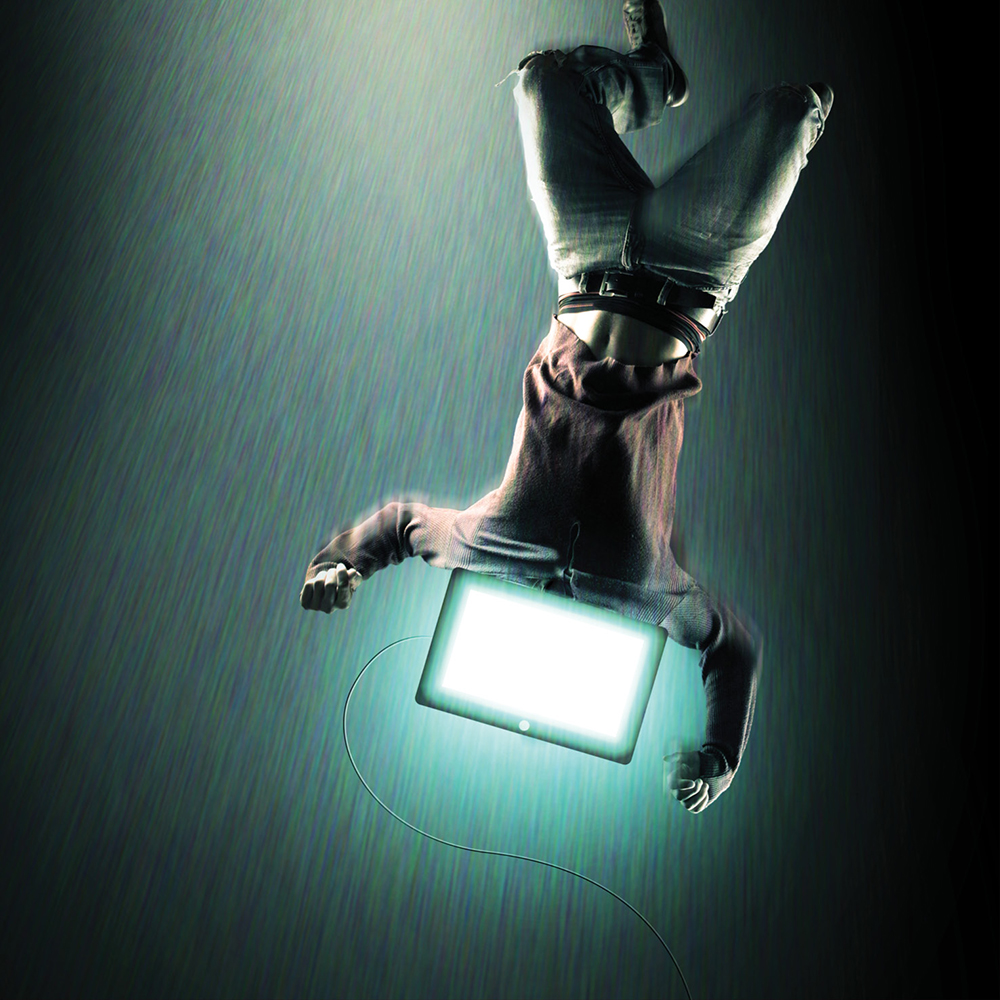 Theatre Bubble: What was the inspiration for Darknet?
Rose Lewenstein: About three years ago director Russell Bender asked me if I   wanted to write a play that explored computer hacking and cyber warfare. This was all around the time of the Snowden leaks and Dread Pirate Roberts and I started thinking about these opposing worlds of mass surveillance and total anonymity and where we as a society want to be on that spectrum.

As I started to plan and write, I became less interested in ‘warfare’ and more interested in personal choice and consent in the digital world. I wanted to create a parallel-now, or almost-tomorrow, that asked its characters – and audience – to question the relationship they have with their data. In simple terms it’s transparency versus privacy, but there’s so much in between.

“We create our own stories through the way we browse.”

TB: When it came to representing the digital world onstage, what was your process? What was the most difficult concept to envisage onstage?
RL: I guess spear-phishing emails and hacking attacks are kind of hard to envisage onstage. But play is never trying to be literal. I didn’t censor myself while I was writing and think, ‘Oh, I can’t write that, it’ll be too difficult to stage.’ It was more like, ‘How does this relate to the story and the ideas, and how can we communicate this concept to an audience?’

I wanted the experience of watching the play to somehow echo the nature of the web and the way we view online. We jump between tabs, follow different links, create our own stories through the way we browse.

We spend more and more time online, so naturally theatre wants to respond to that. But I think we’ll reach a stage where we’re not separating ‘internet plays’ from ‘real-life plays’ – whichever spaces we inhabit, theatre is a way of trying to work out why humans do the things they do.

TB: This is your third collaboration with director Russell Bender. How does this collaboration affect your writing process?
RL: Every project is a bit different, but our process usually starts with a big idea and then it’s about casting the research net very wide before I boil it all down and make a story. Russell and I work in such a way that the content and form is developed almost simultaneously, so he’ll workshop material from early drafts and begin coming up with a visual language for the staging. In terms of my own process, while I’m writing I’m writing, but the journey as a whole is a lot more interdisciplinary than my other work.

“If you’re reading this online, then you’re part of the conversation about data and internet privacy.”

TB: Who or what else was influential on the development of Darknet?
RL: Loads of people. We spoke to academics, security experts, journalists, hackers, government agencies – people were so generous with their time and seemed genuinely excited that we were trying to tackle these subjects as theatre makers. To name a few, I was really inspired by Jamie Bartlett and his book The Dark Net, Thomas Rid and his book Cyber War Will Not Take Place, and also tech journalist Geoff White and ethical hacker Glenn Wilkinson and their performance The Secret Life of Your Mobile Phone.

I spent a lot of time on Tor, sometimes delving into the murkier parts of the internet. It felt important to do that. It also felt important not to get too hung up on how stuff works technically. You don’t need to be a tech wiz to engage with the ideas in the play – it’s a story about humans, not computers.

TB: Why should we come and see the show?
RL: Because the stuff it’s looking at directly relates to you. Unless you don’t have a phone or computer (I’m guessing you do if you’re reading this online) then you’re part of the conversation about data and internet privacy. I’m making it sound quite serious, but there’ll be lots of lols.

Darknet is being performed at the Southwark Playhouse from the 14 April to 7 May. Read more about the show and buy tickets here.

Rose Lewenstein has been a member of the Royal Court Young Writers Programme and their subsequent groups, including the 2012 Supergroup. Her first play Ain’t No Law Against Fish ‘N’ Chips received a staged reading at the Royal Court Young Writers Festival. Her other credits include Now This Is Not The End (Arcola Theatre), Game Of Life (Yard Theatre), Only Human (Theatre 503),Entries On Love (Rich Mix). Her latest play Psychoslut was featured in the Women@RADA season. She recently took part in film London’s Microwave scheme and is co-writing a new feature film. In addition to her work as a writer, Lewenstein has led playwriting workshops for the National Theatre, Central School of Speech and Drama and East 15 Acting School. She is published by Nick Hern Books.