Review of: I Loved Lucy at the Jermyn Street Theatre

I Loved Lucy was the product of an exceptional relationship between one of TV’s greatest stars and one of her greatest fans, and whilst not everything worked, fans of I Love Lucy or Ball should catch it while they can.

I Love Lucy was a seminal, groundbreaking piece of television when it debuted in 1951, providing a platform for a respectable, smart and, pivotally, female comedy to flourish in an intensely misogynistic entertainment world. In the space of 7 years, Lucille Ball forged a legacy that has set the tone for much of terrestrial comedy in the modern world, and her effects can be felt to this day. Sandra Dickinson here brings the iconic star a warmth and relatable presence, deconstructing the historic institution and creating a real woman with identifiable emotions and character rather than simply an impersonation of Ball herself.

Indeed, the greatest success in the show was transplanting Ball from the pictures and pages of Lee Tannen’s autobiography and placing her in believable circumstances on stage. Tannen’s account is a surreally exceptional one – he befriended Ball in the later years of her life, regularly playing Backgammon and accompanying the star to events and occasions. It is a touching story ripe for adaptation, and one that provided exciting and new insights for the lovers of Lucille who filled the Jermyn Street Theatre. 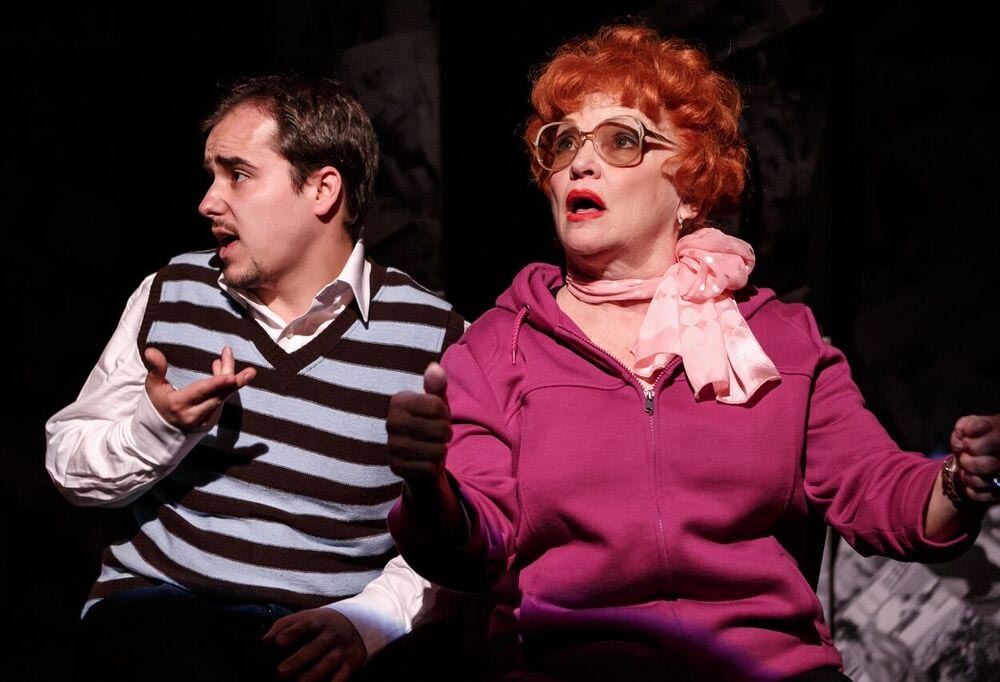 As well acted as the performance was (the two-hander completed by narrator Stefan Menaul taking on the role of Tannen), there was something in the narrative that felt off – tonally and thematically. This was a show that wore its themes on its sleeve, articulating and expressing everything it could whenever it needed to. There was little breathing space, the 8 years of Tannen’s relationship with Ball hurtling by without pause save for a much-needed interval. The narrative jumped ever so often from Tannen’s perspective and into Ball’s head – a slightly startling experience that seemed to upset the form created.

Tannen’s experiences were so incredible and unique that to try and bring them to under two hours of stage time seemed difficult, and the play could have perhaps benefited from reducing the number of scenes and really embellishing them with greater depth – in its current state running the risk of becoming slightly too one note.

The set, it must be said, was a fantastically bold choice – the four letters of L-U-C-Y standing above the action on stage, almost haunting the woman herself and her reputation. It created a strange juxtaposition – the flawed, human Lucille in the last years of her life versus the timeless institution of Lucy, covering the front of TV Guide and posing in Hollywood gowns. This paradox was supervised by the aforementioned acting duo, remaining charmingly poised throughout. Dickinson’s Lucille was nuanced and pitch-perfect, never falling into caricature and remaining emotionally available. Menaul was humorous and steadfast, a flawed and human narrator that was essentially our way into the world of Lucy.

This was the product of an exceptional relationship between one of TV’s greatest stars and one of her greatest fans, and whilst not everything worked, fans of I Love Lucy or Ball should catch it while they can.

in the return of

I Loved Lucy
by Lee Tannen