Review of: Funny Girl The Musical at the Menier Chocolate Factory

Produced by:
The Menier Chocolate Factory

An outstanding performance dramatic and comic performance from Sheridan Smith transforms a good production into something very special.

How old do you have to be to be able to be considered a National Treasure? The unanimous standing ovation given to Sheridan Smith for her performance as Fanny Brice suggests that the audience at the Savoy Theatre accord her such status already. It is hard to argue with them as this is a near perfect performance. I was concerned that this would be an impersonation of Barbra Streisand, but far from it, Smith captures the essence of Brice with a performance full of wit and chutzpah that fits well with accounts of the early 20th Century comedienne and variety star. There is no doubt that she is helped by the strength of Harvey Fierstein’s revised book, with of course the original music and lyrics of Jule Styne and Bob Merrill, but Smith is able to exact every intended humourous nuance and some that were probably not – with even a nondescript filler-line interpreted to give further meaning. Her voice depth and power, but it is her dramatic and comic timing that really differentiates her. 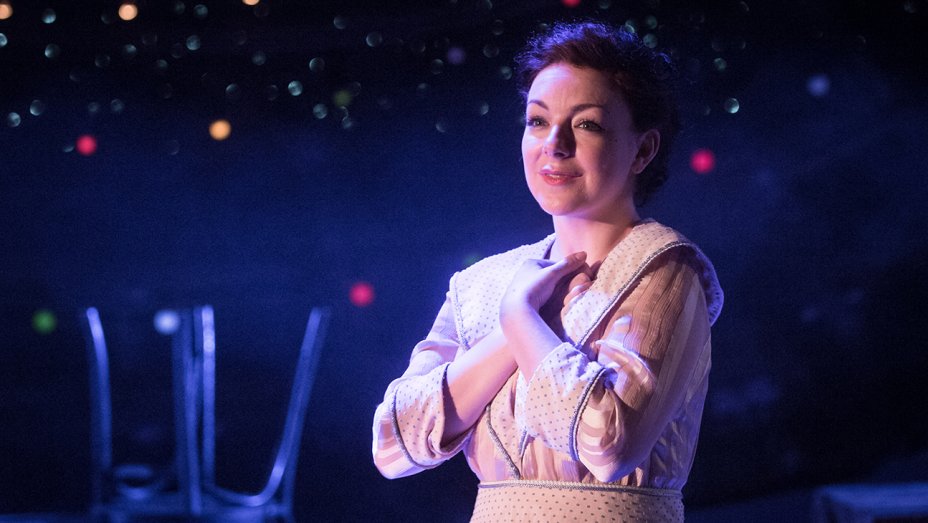 It would, however, be unfair to leave the impression that this is a one-woman show, and Darius Campbell has shaken off the remnants of his Pop Idol experience to become the full West End leading man package (he will only fully do this when people like me stop mentioning it). His portrayal of Brice’s husband, the gambler and businessman Nick Arnstein, will rightly leave many struggling to remember who played the role in the sixties film (it was Omar Sharif) and, while his acting talent has scope to develop, his singing is a measured support for Ms Smith. The rest of the cast is similarly strong and Brice’s dance teacher (and frustrated beau) has Joel Montague perfectly cast as Eddie Ryan – an emotional klutz yet a talented dancer. Of the trio of matriarchs periodically commenting on Fanny’s progress the fine voice of Gay Soper stands out and Bruce Montague’s Florenz Ziegfeld carries just the right gravitas (and sounds uncannily like Walter Pidgeon). The dancing is spectacular, particularly given the relatively small stage at the Savoy, with the transformation of girls portraying WW1 soldiers, seamlessly shifting from marching balletically on pointe to tap-dancing, a standout moment. Maurice Lane as Brice’s first theatrical impresario, Mr Keeney, maintains an American accent for only the briefest of periods, but this is nit-picking an otherwise solid performance.

The production comes to the Savoy from the Menier Chocolate Factory, where it sold out in a matter of minutes, and I suspect that it will be similarly difficult to get a ticket. The show runs until October, but if Sheridan Smith continues to devote such levels of energy and emotion (she seemed genuinely moved by the audience response) she will deserve a break – and the show really wouldn’t be the same without her. If you are lucky enough to get a ticket, I defy you to not hum “People” and “Don’t Rain on my Parade” all the way home.