Headlong is delighted to announce the appointment of Alan Stacey as the company’s new Executive Director.  Alan will take up the position in July succeeding Henny Finch, who is leaving the company after 10 extraordinary years to join Hofesh Shechter Company as Executive Producer. 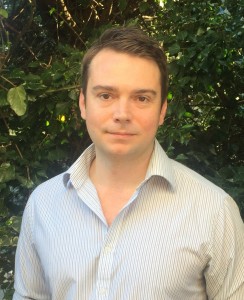 Alan will continue to build on Headlong’s success working alongside Artistic Director Jeremy Herrin.  He will bring his wealth of expertise to developing new and existing partnerships across the sector, as well as growing the Company’s hugely successful national and international touring programme and continuing the company’s outstanding reputation for producing bold, inventive, and provocative new work.

Alan is currently Director of Development and Commercial Investment at the Young Vic, and Managing Director of Young Vic Films working alongside Artistic Director David Lan.  Alan’s previous roles at the Young Vic include Executive Director (Sabbatical Cover), with shows including the acclaimed A View from the Bridge and A Streetcar Named Desire, and Director of Marketing and Press. Before that he was Marketing and Sales Manager at Bill Kenwright Ltd, with responsibility for marketing dozens of touring shows and several in the West End. He is also Chair of the Board for Reading Rep.

Jeremy Herrin Artistic Director of Headlong said ‘I’m delighted Alan is bringing his brilliance to Headlong and so excited to be working with him over the next phase of our work. There are many opportunities ahead for Headlong and Alan is superbly placed to make the most of them. He’s a worthy successor to Henny Finch who departs with my deep gratitude for her significant contribution.’

Alan Stacey said ‘Headlong is one of the most sensational theatre companies in the country, and Jeremy Herrin one of its most exciting directors, so I am very grateful to be given the opportunity to become Executive Director. I look forward to working with Jeremy on Headlong’s bold plans for the future.”

Headlong is one of the UK’s leading touring companies.  Under the Artistic leadership of Jeremy Herrin, the company is currently enjoying huge success in the West End with Duncan Macmillan’s Olivier award-winning People Places and Things which transferred to Wyndham’s following a sold out run at the National Theatre.  The company is also about to embark on an epic tour of the UK and Ireland of Frank McGuinness’ masterpiece Observe The Sons of Ulster Marching Towards the Somme, directed by Jeremy Herrinwhich opens in May at Citizens Theatre Glasgow prior to an extensive tour.

Other work for this year includes the return of the hugely successful 1984 which has just finished an international tour of the US and Australia and will be returning to the Playhouse Theatre for the third time in June.  Meanwhile in New York, the critically acclaimed American Psycho, the Musical has just opened on Broadway.  And nearer home at the iconic Bush Hall, the European Premiere of Australian playwright Melissa Bubnic’s satireBoys Will be Boys directed by Headlong Creative Associate Amy Hodge, in a co-production with the Bush Theatre, opening in June.  In November, Jeremy Herrin’s production of the critically acclaimed This House returns and will play at the Garrick Theatre for a limited run.