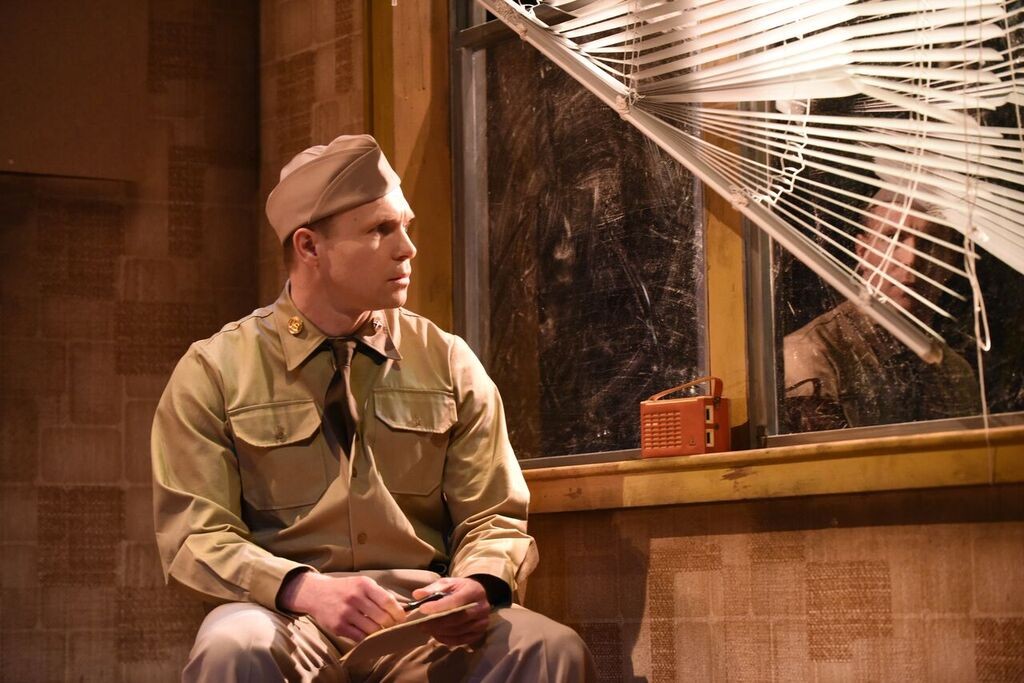 DAN GAISFORD is “an actor and proud (but sleep-deprived) dad” currently working on Mercury Theatre’s production of Clybourne Park, by Bruce Norris. After being staged at the Mercury Theatre, Colchester between 8th and 23rd April, the production will go on tour until the 28th May.

TB: Can you tell us about what you’re working on at the moment?
DG:  It’s a brilliant satire written by Bruce Norris that explores issues of race and gentrification in a Chicago neighbourhood. It’s fantastically funny (often awkwardly so), as well as being really clever in its depiction of the conversations that surround these issues.

TB: What is your background – how did you get into a career in theatre?
DG: In my time I’ve been, among other things, a labourer, bank clerk, schoolteacher and taxi driver. But before becoming a professional actor my main focus was music. When I met my wife (who also happens to be an actor), she encouraged me to start putting myself up for professional acting jobs. Up to that point, I’d been doing some amateur theatre alongside my music commitments; but acting was rapidly becoming my overriding passion. Over several years I managed to pick up bits and pieces of acting training alongside the professional work I was getting. However, it was only recently I found myself in the position to study at a drama school. I subsequently graduated from the Guildford School of Acting in 2015, where I was awarded the MA Acting Prize.

TB: What advice do you have for actors at the start of their careers?
DG: Well, I think it’s important to remember that an acting career is not a race, and you’re not competing with other actors. The temptation is to measure the success of your career in relation to those of other actors, but that’s probably not healthy in the long run. It’s worth remembering we’re all unique, and bring different skills and knowledge to the job. So you shouldn’t spend too much time comparing yourself to other people; instead focus on the fact you’re the only one who can do what you do.

One of the best things about being an actor is that you get to work with lots of different people, with different approaches to the work. There is a lot you can learn from watching others, and it is worth being open to new methods of working. If something works for you, steal it! And then incorporate it into your way of working.

A good headshot and showreel is vital. It’s worth spending the time (and money) to get these right.

TB: What do you think is the greatest challenge about working in the acting profession today?
DG: For me, I think the greatest challenge is in dealing with periods of time when you’re not employed. If you’ve not had an acting job for a little while, it’s easy to start finding fault with yourself and even falling into the trap of thinking you’re deluded in believing acting really can be classed as your legitimate profession. I try to remember that acting isn’t designed to be a nine-to-five job, and so managing time away from acting is actually all part of it. At the very least, I think a positive way of looking at it is to view the experiences you have outside of your acting life as valuable ammunition for the work when you do have it.

TB: If you could change one thing about the acting profession, what would it be?
DG: Well, I think a profession that should be represented by people from all kinds of different backgrounds should ensure that people from all kinds of different backgrounds have a chance to be part of it. There are obviously things that need to be done in terms of ensuring there is diversity in the entertainment industry generally, but there are lots of people who don’t have much chance of getting into acting in the first place because they don’t have the money to train. I’m not sure exactly how you change that, other than drastically reduce tuition fees or offer bursaries, but I’d like to see more working-class actors being given opportunities in the profession. 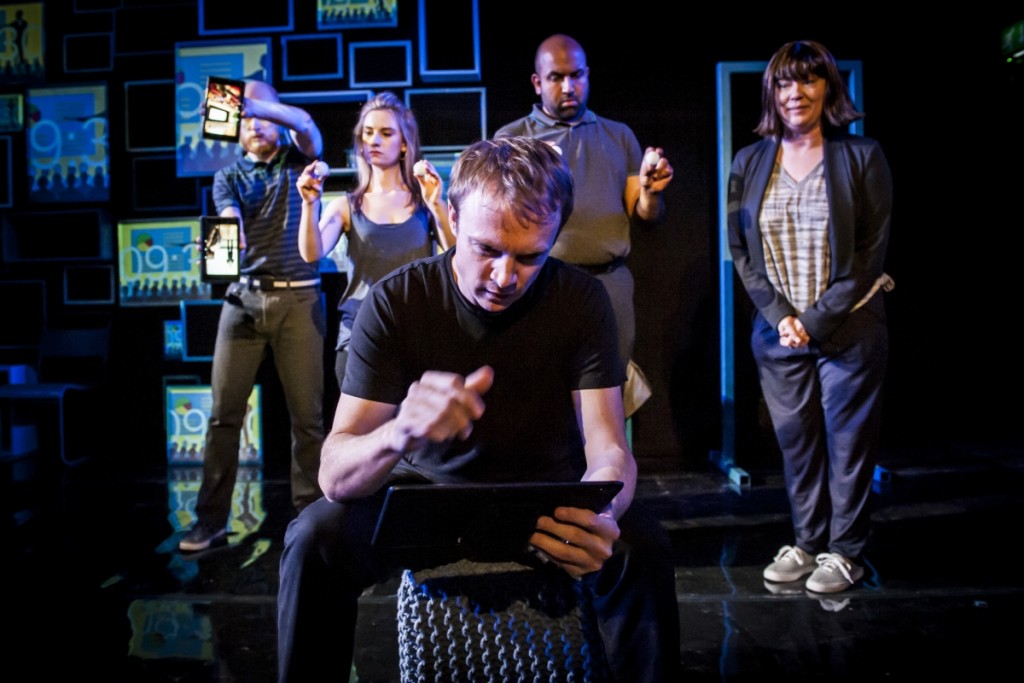 ROSIE THOMSON is performing in Darknet at Southwark Playhouse until 7th May.

Can you tell us about what you’re working on at the moment?
It’s a new play by Rose Lewenstein about an internet company that sells personal data. It examines data transparency, the deep web and the information that we so readily and eagerly share online. It has been developed with input from specialists working in technology, cybersecurity and online behaviour.

What is your background – how did you get into a career in theatre?
I went to a weekend drama club when I was still at school and decided there that this was something I’d like to do as a job, and my parents were very supportive and never told me that I couldn’t.

What advice do you have for actors at the start of their careers?
Don’t take rejection personally.

What do you think is the greatest challenge about working in the acting profession today?
Theatres and companies losing funding. Actors being asked to work for free.

If you could change one thing about the acting profession, what would it be?
More parts for women. Particularly interesting roles for older women.

Reece Bahia in Laila The Musical

REECE BAHIA is performing in Laila The Musical, from the creators of the award-winning Britain’s Got Bhangra. The show is on tour until the 4th June, having just finished its run at Watford Palace Theatre. He is also pursuing a career as a recording artist, and has just finished recording his debut EP “Addicted” which will be released on 24th April.

What is your background – how did you get into a career in theatre?
I am an only child to second generation punjabi parents. I went to a very academic school and was doing my first year of A-levels with the intention of pursuing a career in dentistry when I realised that it wasn’t for me. I moved to Stratford Upon Avon College and did BTEC in Musical theatre. I then got on to the degree course in Musical Theatre at GSA however after the first year I realised that I actually wanted to just get out in the industry and work. So that’s what I did. My first professional job was a modelling job in a commercial in India for a company called KOOVS. And then I auditioned for this job and was privileged enough to be cast in the show.

What advice do you have for other actors at the start of their careers?
The rules that I follow on a daily basis are staying humble and focused

If you could change one thing about the acting profession, what would it be?
I think the only thing I would change about the acting industry is to allow more diversity in castings. Obviously in certain cases this isn’t possible depending on the context. However I believe on the whole we as an industry need to be more open minded when casting new projects.