Price:
Vary depending on venue
Reviewed by: Alex Wood

Shows about the elderly, sickness, and those left to pick up the pieces have become much more prominent in recent years. Only in 2015 did we see Vanishing Point’s Tomorrow at the Traverse during the Fringe, which was a deft portrayal of a subject so often left undiscussed. Unearthed, debuting last year, continues this theme but with a particularly deft emphasis on those left behind – tattered relationships and guilt ridden family members.

Writer Alys Metcalf has structured a particularly stirring story in Unearthed. Jumping back and forth before settling on a contemporary context, the story rests on twins Ben and Eliza, dealing with the fallout of their father’s death after a bout of pneumonia in the wake of 9 years of physical debilitation following a stroke. The story is never overburdened with the sadness of its subject matter, consistently played out with a relatable and familiar charm by the cast of four. In spite of a couple of hyperbolic lines, the play was consistently brisk and humorous, the highlight being a sibling dance recital that seemed almost like a loving tribute to the world’s favourite sitcom. 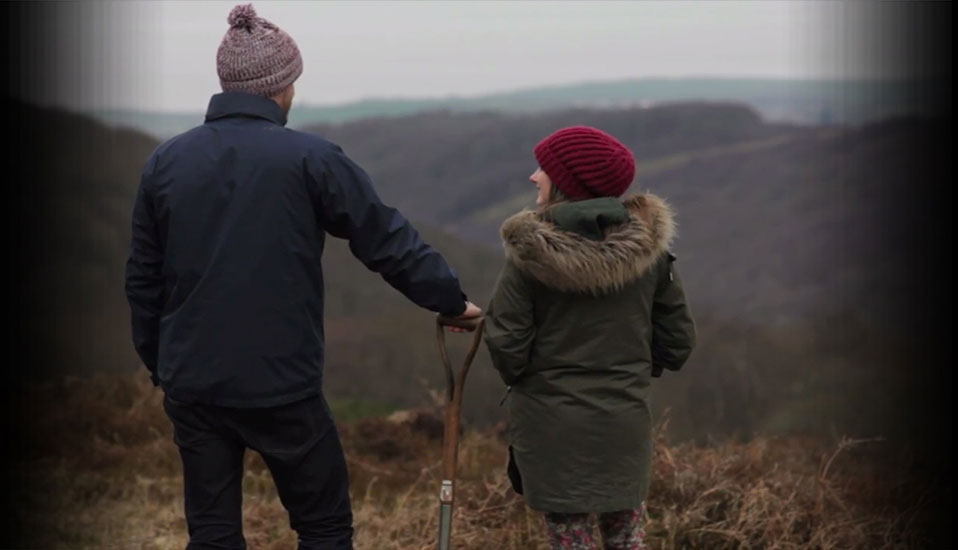 But the real tour-de-force here came from Kim Pearce’s masterfully subtle direction. With the stage space restricted, through adept and constantly intuitive blocking the cast were able to forge a rich number of different environments – from hilltop to office to school playing field to church. The favourite here was a fantastic torchlit scene where the two siblings forged a sense of reconnection – the small beams of light used to obscure faces before revealing line reactions with comedic panache. This was by no means overwrought, carried out with a latent precision by the cast.

And indeed, a fine cast they were too. Chris Ashby’s Ben and Lizzie Stables’ Eliza instilled a suitable and accessible sibling relationship grounded in the midst of tragedy, playing upon a natural rapport. Edward Mitchell as Simon provided a fantastically comedic mediator, carrying off an adeptly stilted awkwardness in both physicality and tone. But perhaps the most natural and magnetic performance came from Alana Ramsey as Ben’s wife Daisy. Her entire manner felt so enthrallingly real, conjuring a sense of domestic tranquillity in the face of the two dysfunctional twins. It felt almost criminal that she was seemingly preoccupied with the need to have a child and care for others when there were nuances and ideas only hinted at in the script and performance that were left crying out for more stage time.

With a wonderfully woven set fabricated from packed boxes of children items, stacked and restricted from sight, alongside a suitably measured sound design, Unearthed creates a relatable familial environment and context that is so rarely discussed in society – especially how are siblings meant to juggle the process of repairing broken relationships whilst also facing constant pressures in their own lives. This is a play that confronts these questions head on, and leaves you smiling as you exit the theatre to boot.

Produced and developed by: Folio Theatre Company in consultation with the Stroke Association and Carers Trust UK. Please check out either charity to see all the fantastic work they’ve been doing.