In a special inaugural season, Soho Theatre have opened their stage doors to six new and upcoming companies and given them the chance to debut exciting and bold material.

In a period where millennials can feel ostracised and unheard, Soho’s decision to host these artists gives audiences the chance to hear some important and brilliant voices in a fantastic venue. 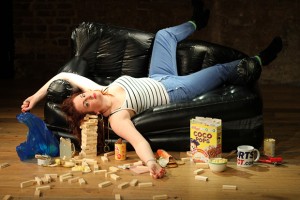 Kicking off the festival is a double billing between Izzy Tennyson’s Brute and Kitten Killer’s Woof – the former being a piece of new writing about a ‘rather twisted, horrible schoolgirl’ while the latter a series of ‘endearingly grotesque sketches’, dealing with the government’s stance on sanitary products.

Quiet Violence, from Sophie Rose, is an anarchic piece of spoken word theatre combining physical sequences with poetic passages. Co-produced by the Roundhouse (who have in recent years cemented their reputation for high quality theatre), this looks to be an intensely rewarding piece. 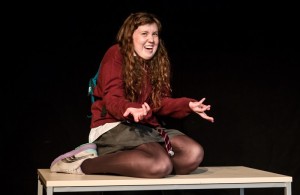 Next up comes the elusive yet intruging If I Were Me from Antler Theatre. Winner of the 2014  Pulse Suitcase Prize, this 75-minute exploration of the facets of a constructed identity looks sure to be a tantalizing performance.

From devised to Dostoyevsky, Caligula’s Alibi brings a new dissection of IDIOTS, a classic morality tale perfectly suited to a modern theatrical environment. The climax of the season comes with Jack Rooke’s Good Grief – a blend of comedy, storytelling and film that caused a huge splash at the Edinburgh Fringe where it was one of the four highlights of the New York Times’ Fringe Roundup. Good Grief was also nominated for Best Show by an Emerging Artist at the Total Theatre Awards 2015, and is an exciting way to round out what is likely to be a fantastic season for up and coming artists producing game-changing material.

More information about all the shows in the Soho Rising festival are available here.