Starting next week, the London Irish Rep company is gearing up to present an exciting inaugural season to be staged at a purpose built space in Kingsgate Community Centre, in the heart of Kilburn, to mark the Centenary of the 1916 rising – a seminal event in modern Irish history.
The three shows will be presented by a company of 12, each bringing to life some fantastic performances both indebted to and dissecting their Irish Heritage. First of all comes a two hander of new writing – The Playboy of the Western World by J.M Synge and An Apple a Day by Elizabeth Connor, both directed by Gavin McAlinden. So An Englishman Walking In An Irish Bar by RG Mackenzie follows, directed by Justin Murray. 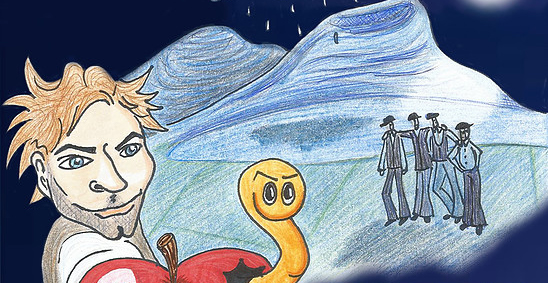 Previous Irish credits from Gavin McAlinden include Tom Murphy’s classic The Gigli Concert (Critics Choice in The Evening Standard, The Independent, Metro, Fest and The Edinburgh Guide). The re discovered play by Theresa Deevy Wife to James Whelan (Critics Choice The Guardian, Independent on Sunday and The Daily Telegraph) and the British Premiere of Gates of Gold by Frank McGuinness (Critics Choice in The Evening Standard, Time Out, The Sunday Times, Metro Life and Financial Times).
Justin Murray’s recent directing credits include Bismillah! An ISIS Tragicomedy  at the Edinburgh Fringe, a new versions of Euripdes’ Hippolytus  and Hecuba.
More information about the full season can be found on their website at http://www.londonirishrep.co.uk/#!productions/cpax.