Review of: Living With The Lights On at the North Wall

Living With The Lights On is an extraordinarily put-together show about one man facing up to the demons of his mental illness.

It is very difficult being in a reviewer’s position after seeing this show. Mark Lockyer confronts the audience with a one-man narrative of his own mental and psychological breakdown while playing Mercutio of the RSC stage – and, as a reviewer, is it my job to have some definite reaction. 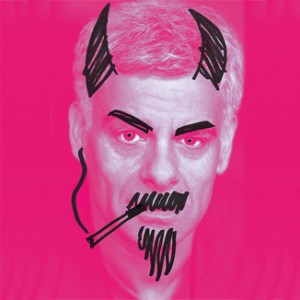 In cases like this, where one realizes that the man onstage is telling you every detail about the bleakest moments of his life, it is hard to distinguish the line between performance and performer. In another review of this show I read there was mention of the territory covered being ‘distinctly old hat’ and with plot beats that are ‘entirely familiar’; mental health problems are apparently only something one can develop and talk about if one can promise a more exciting plot progression than the ‘usual’, forging into new ‘territories’ and discovering exciting new ways to be mentally unwell. I do not believe this show was in any way about ‘mental health’ as a general label, but rather about the journey of the man in front of us – forcing the audience to consider mental illness not as a generic term sometimes mentioned on the news but as a condition that actively affects individual human beings.

Tales of people, including so-called ‘famous’ people, suffering from mental illnesses and not being able to find the help they need are far too common nowadays – most of my childhood theatrical heroes have, at one point in their lives, suffered from depression or other mental problems. However, in theatre as in nearly every sector of society, these cases are never discussed, or if so, in whispers as if talking about something ‘dirty’. The stigmatisation of mental health is alive and well, and so performances like Lockyer’s are stupendously important, purely because personal mental health stories are apparently so ‘entirely familiar’ and ‘distinctly old hat’ that we are still not able to openly talk about them. In transforming his personal experiences into a show to tour around the country, Lockyer is actively confronting this demonization of mental health issues in not only performing, but personifying this breakdown and recovery tale.

In doing so, he attempts to create a different atmosphere to the normal ‘actor stands on stage and talks to the audience’ play. The unusual setup of the space worked incredibly well for this particular story, with chairs arranged rather higgledy-piggeldy on the stage itself, a coat rack obscuring the view of the auditorium and a very generous helping of tea and biscuits for all. It also led to some personally hilarious moments such as when the elderly lady sitting next to me in the front row turned to her friend and rather disgruntledly whispered ‘I have an awful feeling this is going to be interactive’. All worries of the kind were, however, soon quenched when Lockyer, chatting with various different audience members, assured them all that this audience-on-stage arrangement was merely ‘cosy’ rather than in any way ‘experimental’. This slightly odd set-up proved to pay off extraordinarily well, with the audience apparently feeling so comfortable they felt able to take the piss out of one of Lockyer’s many (many) accents in the middle of the show when the words didn’t quite come out as planned.

However, this does lead me to the one main criticism that I have of the piece. Lockyer was so relaxed at the start and so engaged with the audience that the switch into ‘performance mode’ was actually much more visible than it would have been had there been the usual auditorium/stage divide. One could very easily tell lines that were scripted and that weren’t, whereas the intimate performance setting might actually have been much more suitable to a more intimate performance style. We were engaged far less with the performer ‘Mark’ than the character ‘Mark’, which meant the reveal at the end of the show was potentially less striking than it could have been. Nonetheless, I firmly believe that Living With The Lights On is yet another important voice in the debate about mental illness, and, moreover, one that serves tea with its confrontation of the societal taboo. Glorious.

Living With The Lights On is on tour to the Lantern Theatre in Liverpool and the Young Vic in London until the 19th of March.