Tom Latter is Artistic Director of Sheer Drop Theatre, a theatre company specialising in producing new writing – out of their eleven productions so far, nine were from first-time writers. Last year, they successfully crowdfunded Valhalla – the recipient of the 2014 Theatre503 Playwriting Award – raising £1,005 through Crowdfunder. One reward bought for £500 through the platform was an open invitation to participate in any aspect of Sheer Drop’s writer development work – including its script-reading service, playwriting workshops and or meeting with the Artistic Director. Tom Latter also curates Rapid Write Response, a regular short play night for emerging writers and directors.

Sheer Drop’s next production will be Wet Bread, a one woman show at the Tristan Bates Theatre, performing on the 6th, 8th and 13th of April as part of FIRST 2016: A Festival of Solo Performances. 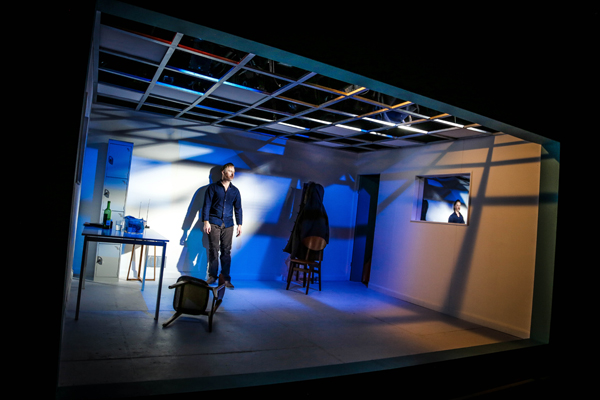 TB: Who are you and what are you up to?
TL: Sheer Drop Theatre, producing new plays by British playwrights, particularly focusing on writers of all ages at early stages of their careers.

TB: What do you think makes a successfully crowdfunded project?
TL: Attention – by which mean a) grabbing people’s attention with a strong pitch, interesting supporting media like videos and photos etc… b) giving lots of attention to the campaign with regular updates and c) paying attention to people who back the show by following up well with them. Honestly we probably didn’t do a) or c) well enough!

TB: How was your experience of the crowdfunding process? Would you recommend it?
TL: We found it actually quite risky to stake as much as one eighth of our budget to such an unreliable method of raising money. We reached our target mainly through the generous contributions of a small number of family members, who contributed about 75% of our target. I think I would only recommend it for small amounts, as it is quite labour-intensive and can take up lots of time and effort for potentially small, or even no, rewards.

TB: Do you think the crowdfunding process is just a case of the theatre industry being subsidised by those who work within it? Ie. theatre crowdfunding pitches have the highest proportion of first-time donors, which would suggest that the funds come from those who already know the company/artist and their work
TL: Though we did get some small contributions from fellow theatre professionals, we got far more from family and a couple of friends outside the production. But it is definitely true that the only contributions to our campaign came from people we knew well already. The myth that crowdfunding can open up new sources of funding doesn’t apply to theatre projects like it does, I suspect, for technological inventions or charity causes. And I would advise theatre producers to spend the time they would spend on crowdfunding building personal connections with donors and funding bodies instead.