Ursula Martinez’s Free Admission is a one-person performance that actively defies any attempt at ‘conventional’ categorisation. It tiptoes very deliberately along the fine line between absurdity and reality, reflecting of course, how frequently the two overlap. Her current run at the Soho essentially consisted of an hour of anecdotes, insights and reflections, each rapped off one after the other with almost every sentence beginning with the word ‘Sometimes…’. The lilting structure created a warped, almost transposed form of observational humour. The mingling of anecdote and insight is theoretically comedic, but in actuality is far more complex than this: a constant juxtaposition of tragedy with laughter-demanding witticism meant the show ends up consistently, and deliberately it seems, undermining its own notion of comedy.

It is an accomplished albeit unsubtle tactic. The oscillation between humour and deadpan reflection means that audiences are confronted with truths about racism, sexual assault or sexism, as well as countless other pressing topics that are indeed necessary issues for debate and performance. Given the cursory and expansive way in which Martinez presented herself however, she never really seemed to confront the wider permutations and intricacies of the issues she discussed, but instead ensconced them in fresh doses of comedy. The show inhabits a space that is a reaction against the fallacies of reality, rather than one that confronts it. The didacticism that Martinez supposedly aspired towards felt largely undercut by an underwhelming structure: simply naming and listing various injustices did not feel like going a long way to showing the true seriousness of their existence. 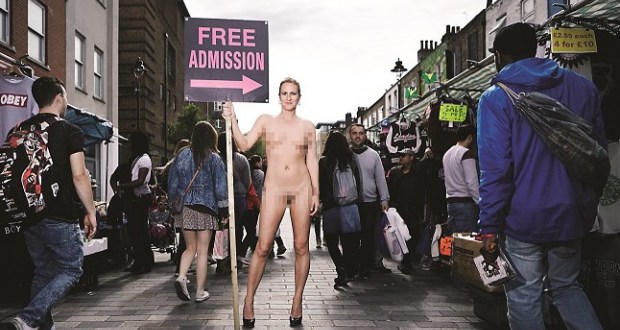 While this was certainly problematic, Martinez did succeed in a number of respects. Free Admission managed to show the manifestations of the true absurdity of reality – be they funny or not. In a show laden with truisms, it is only right and correct that some of these reflect deeper and less heartwarming truths. For the most part, of course, this is a scintillating performance, but one that actively tries to come with a hard edge. Not all of it, it must be said, was loaded with commentary and incisive attack, with some fantastic one-liners: ‘Sometimes, I was convinced my ex-girlfriend deliberately faked not having orgasms’.

By far the most intriguing and inspired aspect of Martinez’s show is her choice to deliver almost all of it whilst constructing a solid brick wall onstage. Emerging with a tray of cement and a hidden pile of bricks, understatedly and methodically she slowly but surely piles the bricks on top of each other, and, with each brick laid, we as an audience are able to see less and less. It is a fantastically ambiguous symbol, and can be read in a volume of different ways: an appropriation of a masculine stereotype, an active defiance of the audience by interfering with their ability to see, a sad reflection of ideological divides? Or maybe even a literal fourth wall constructed on stage? Every interpretation is potentially valid, and there was certainly a rhythmic soothing to the process of watching the wall being built.

Yet for all that, as a naked Martinez strolled defiantly out onto a wet Soho street to the sound of the Rocky theme, the performance somehow felt as though it never quite hit the nail on the head. For the most part it was pensive, or contemplative, and despite its ending, it felt as though Martinez never managed to issue a rallying cry she was aspiring towards. Instead, she held up a bluntly accurate mirror to the audience, and it was an hour of revelation at its most cutting.